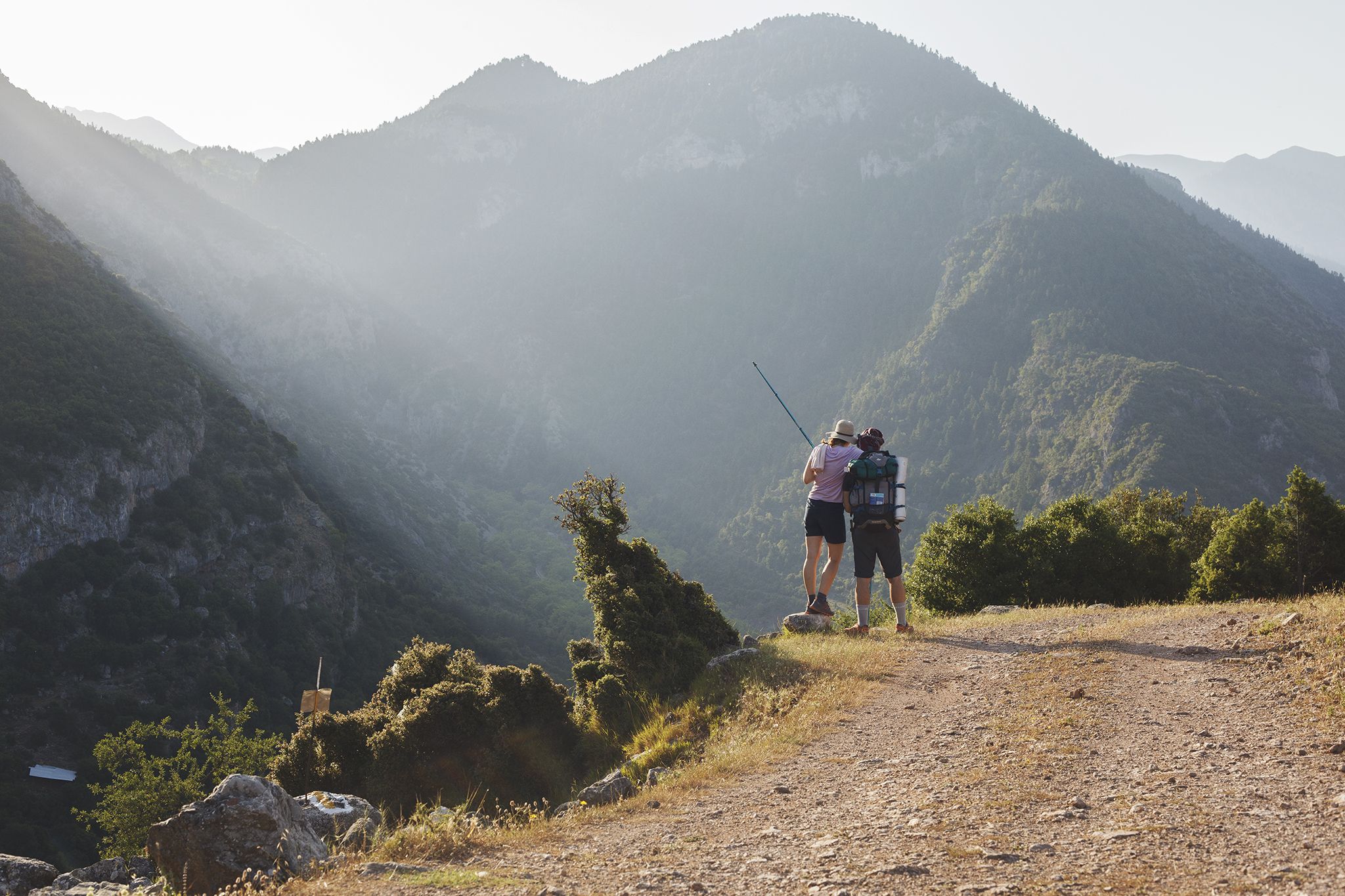 We have heard many strange things about the far land of Greece. The scorpions the size of the giants, Gods that walk among men, the strange beasts half man half cow imprisoned in the labyrinths, immortal hydras and forever strong soldiers of Sparta. The worldwide known philosophers and the Greek way of life.

Lured by these stories from travelers and epics we have decided to embark on our own adventure into the land of Myths and Legends. Four of us set out. But as in any epic, there were challenges, tensions and a whole lot of searching, thinking, and enjoyment.

We got the map from one of the explorers who went there before. He called the route that we traversed an E4 The Peloponnese Way. I will share it in the next post, including details like camping spots, water, and potential resupply points along the way. A technical recap of the hike if I could say so.

Our first longer stop – to acquire the supplies was at the city of Corinth. A city believed to be built by the descendant of the Sun God Helios. It is also the start of the saga of Troy. When the sister in law of the current ruler Agamemnon and the daughter of Zeus was taken away by Paris of Troy. The same place where Sisyphus got punished by Hades for cheating death twice to forever roll a large boulder up a hill in the depths of hell. 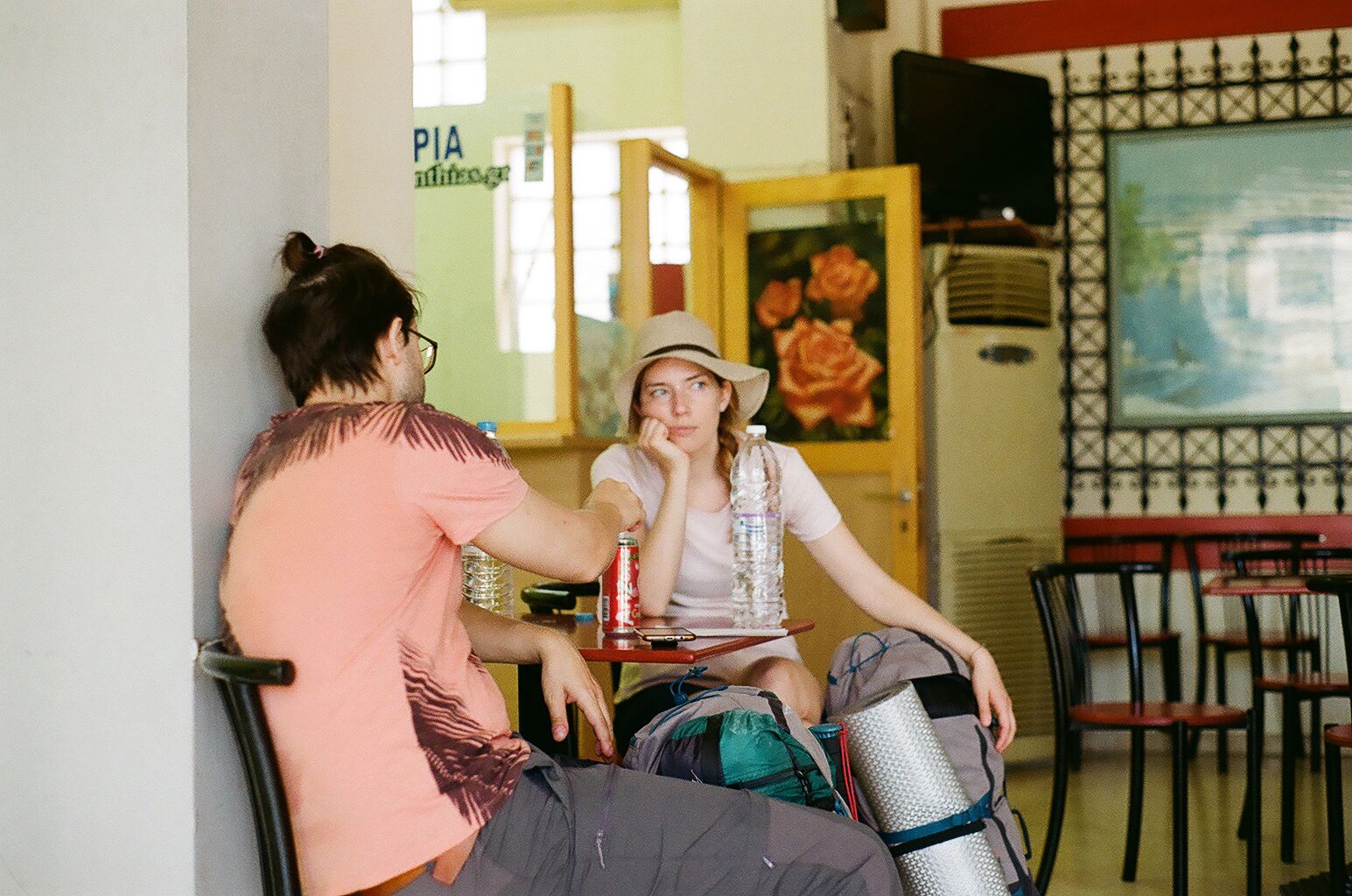 Once we resupplied we went to our starting point the village of Diakofto. Which took us through the lands where Hercules used to walk, the realm of Pan. The god of shepherds and hunters and of the meadows and forests of the mountain wilds. He mostly enjoyed playing his panpipes and chasing Nymphs. The lands of Spartans oh the mighty soldiers, all the way to the Cape Malea where Hercules entered Hades to fight the God of Underworld Hades himself and where the poor Odysseus got thrown off course for the next 10 years to be lost in the seas and had his own adventures with the mythical creatures and gods. 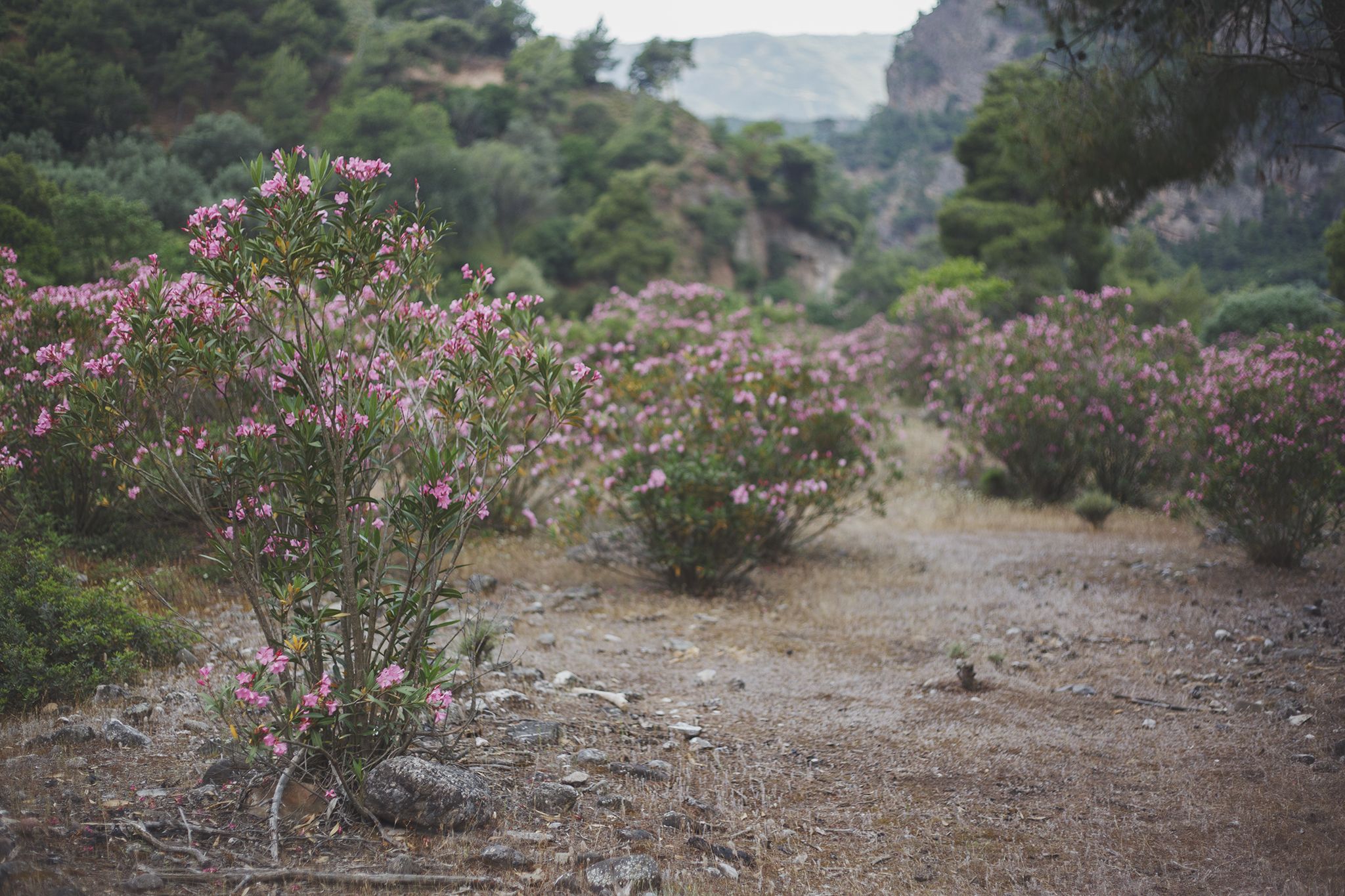 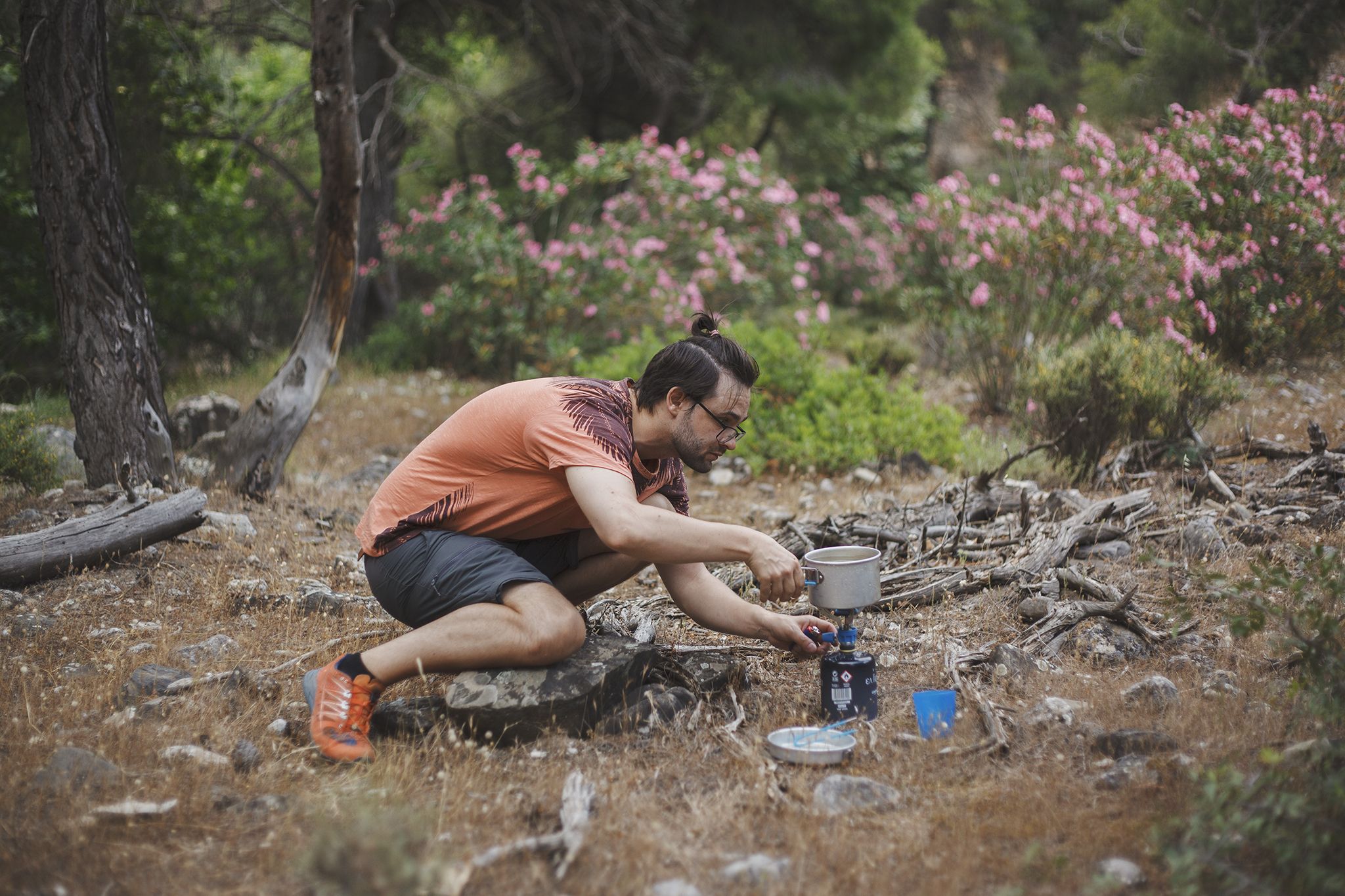 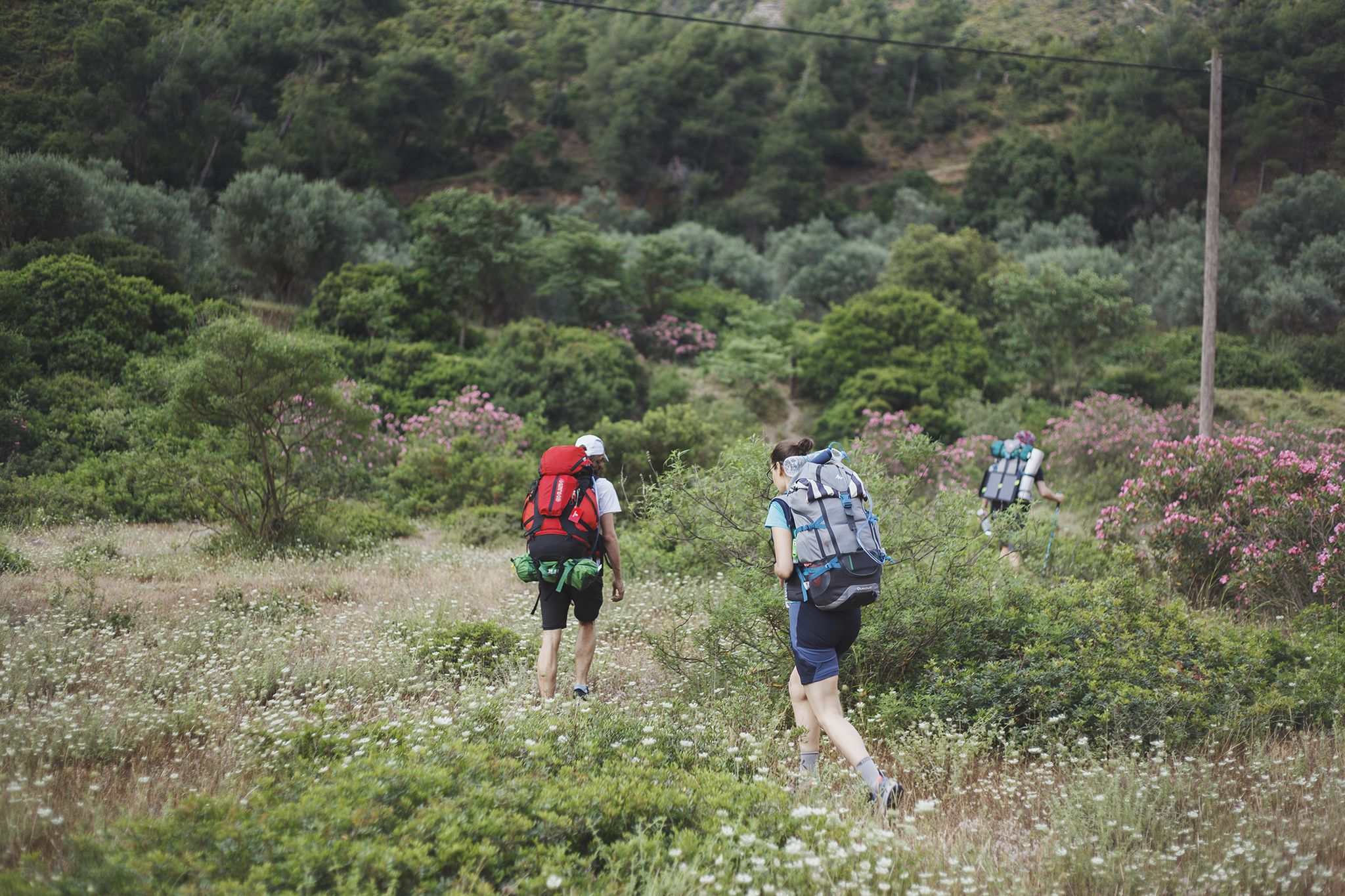 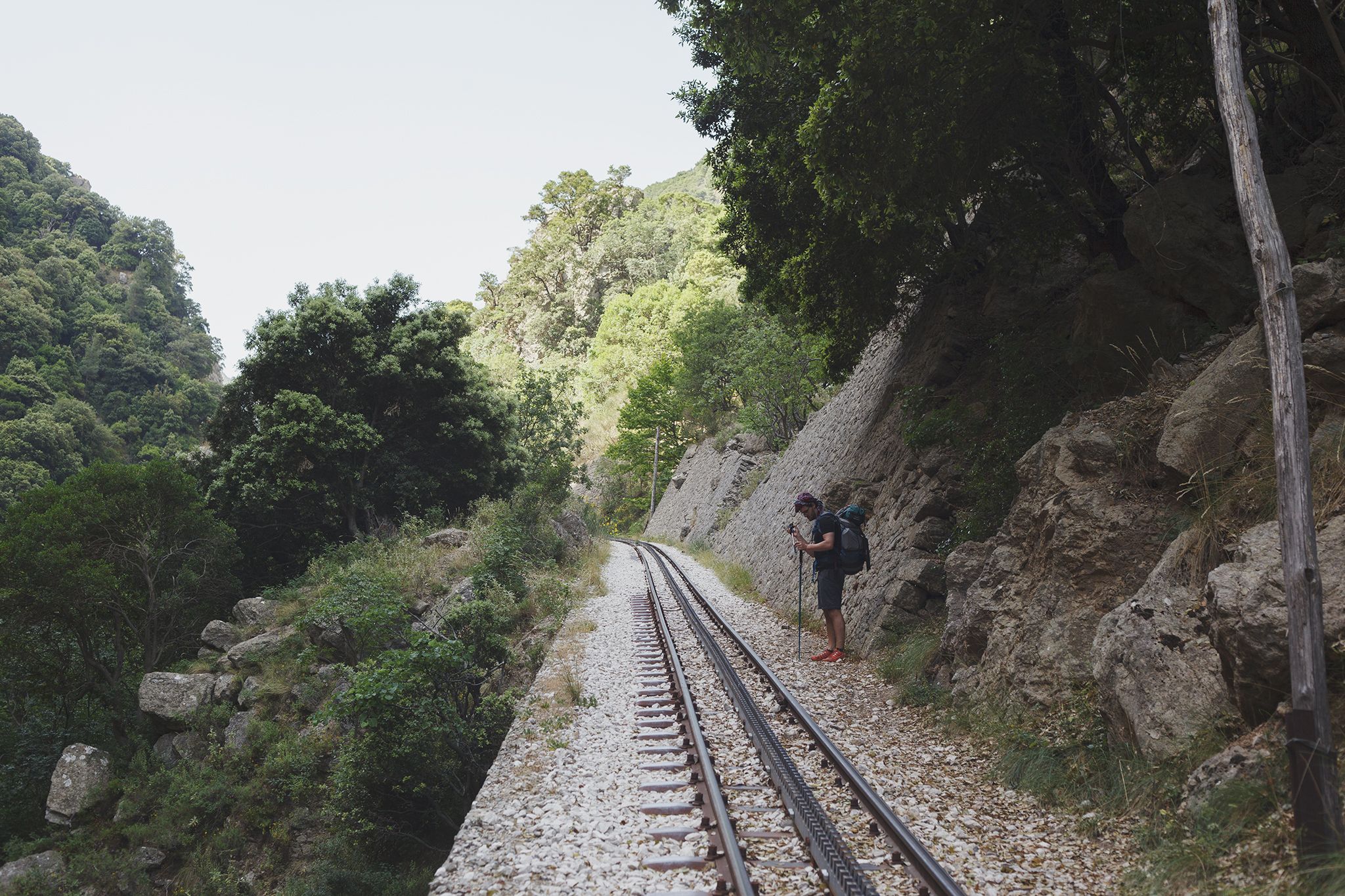 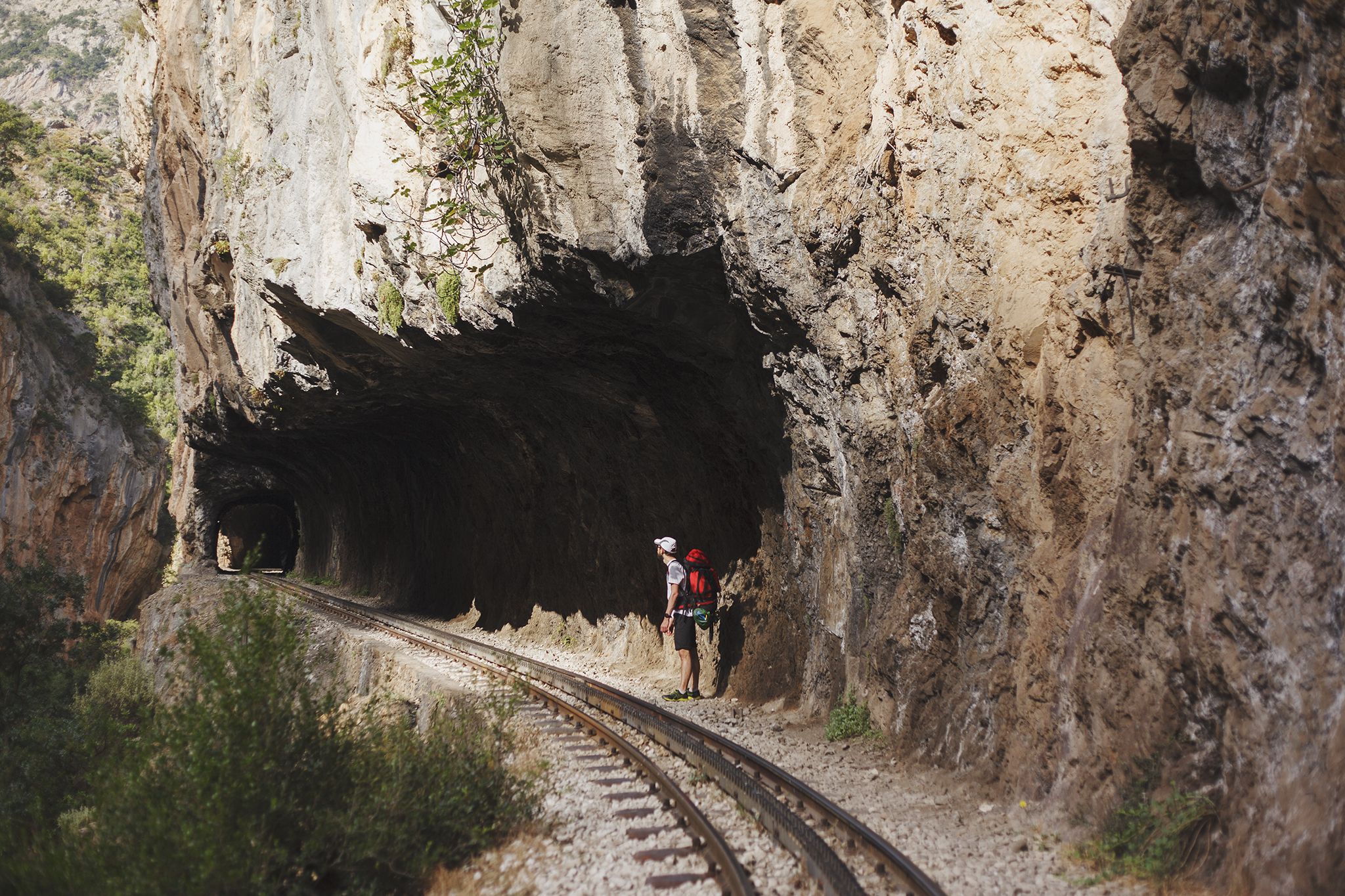 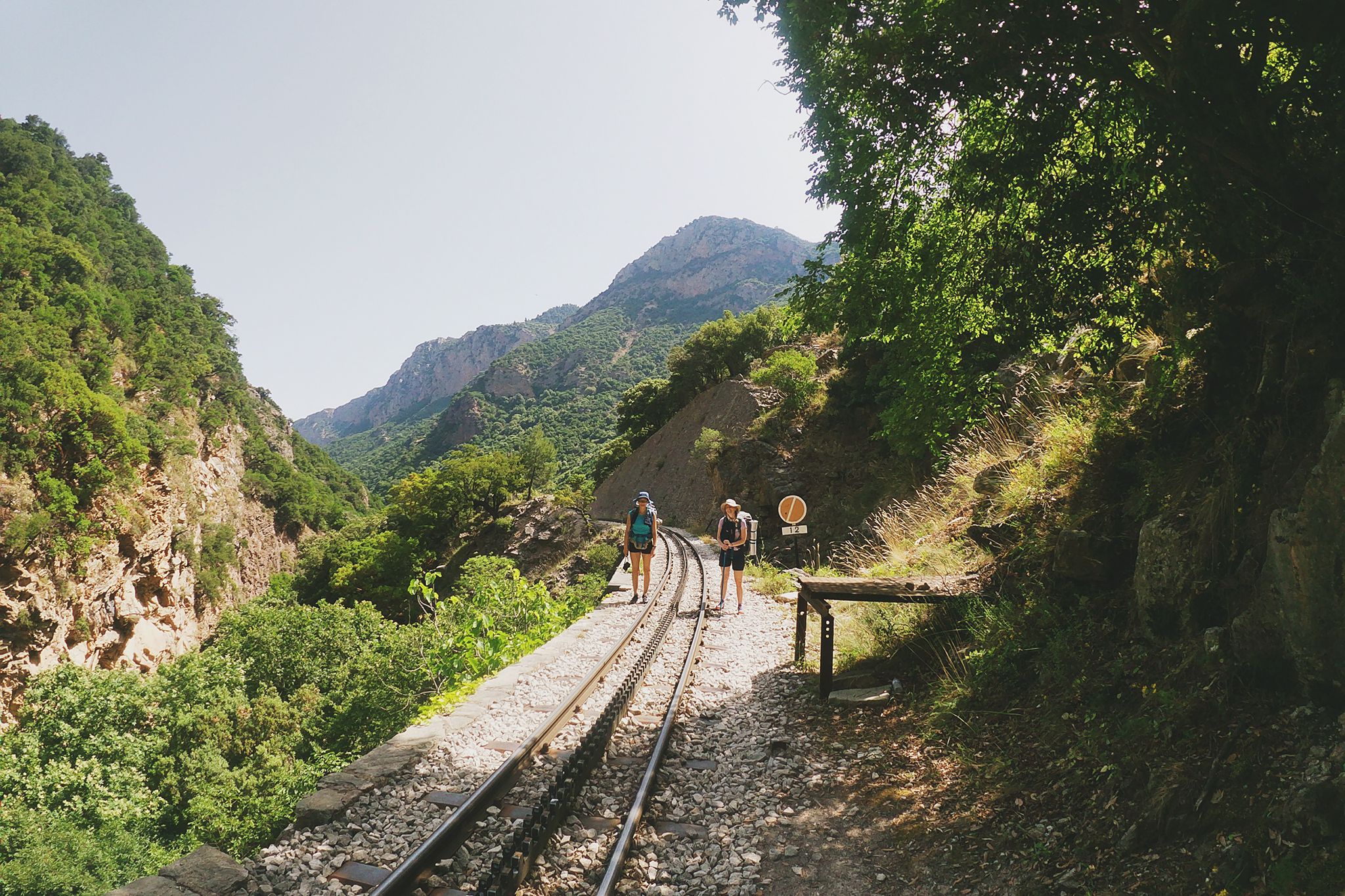 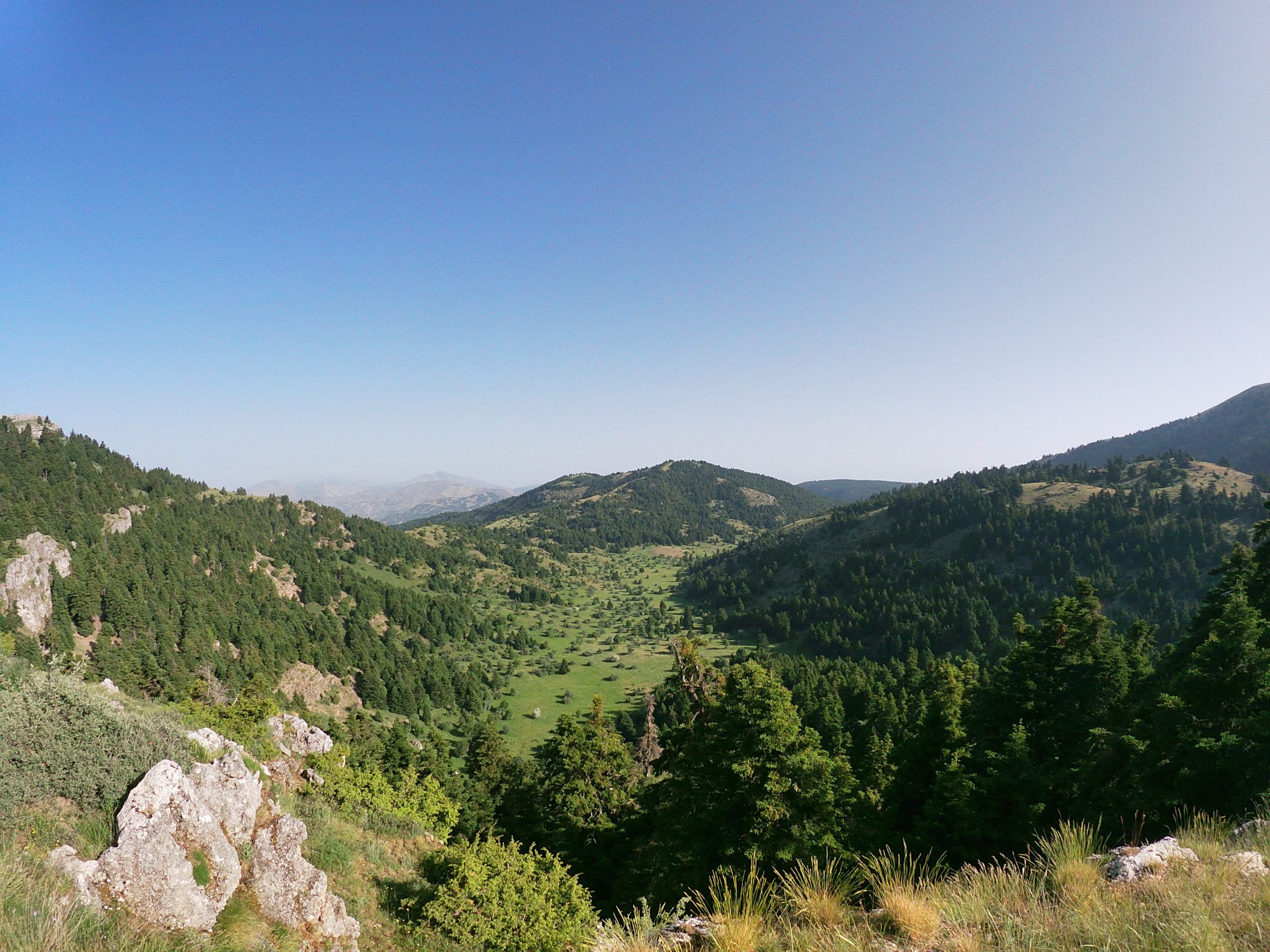 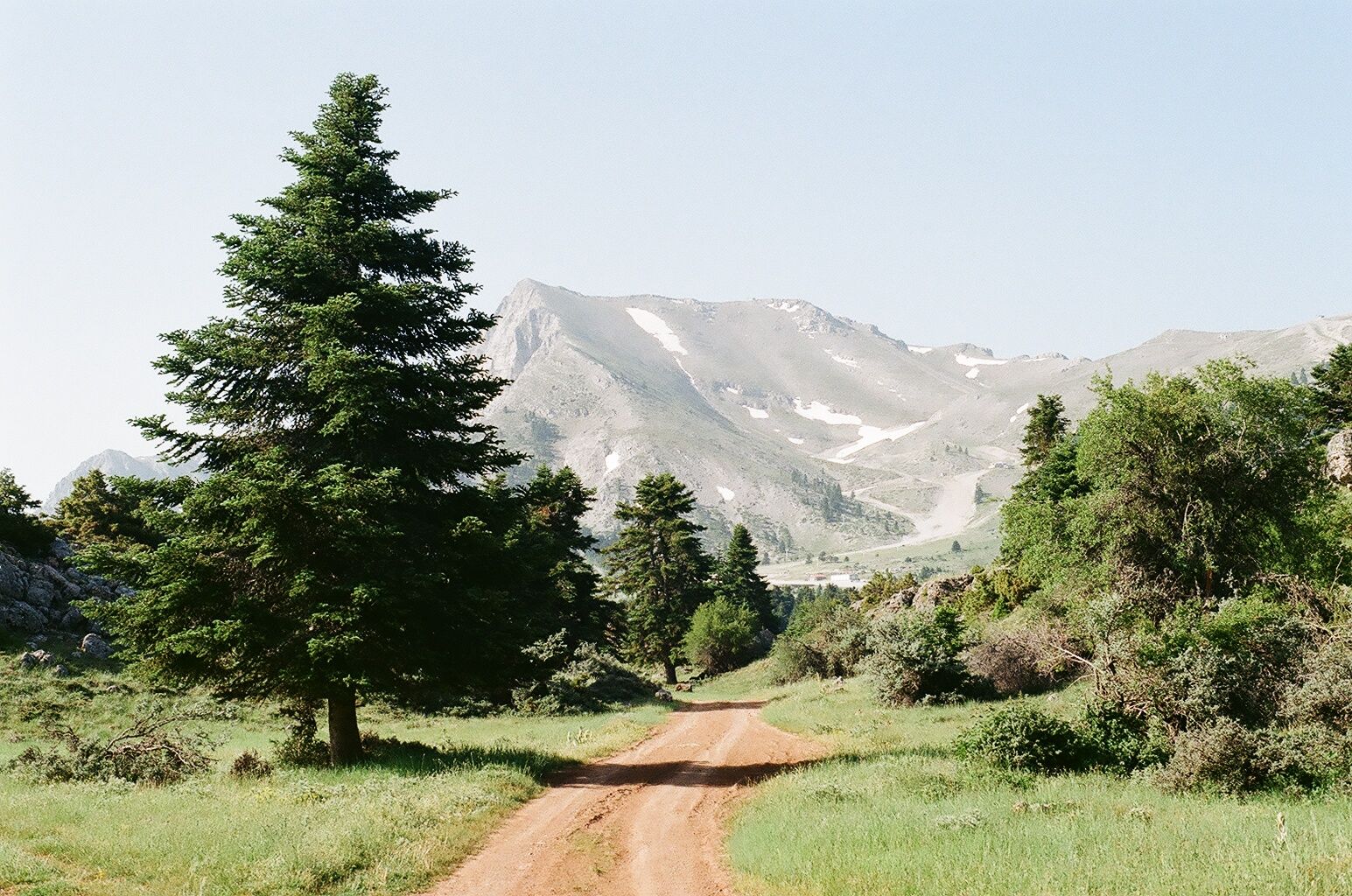 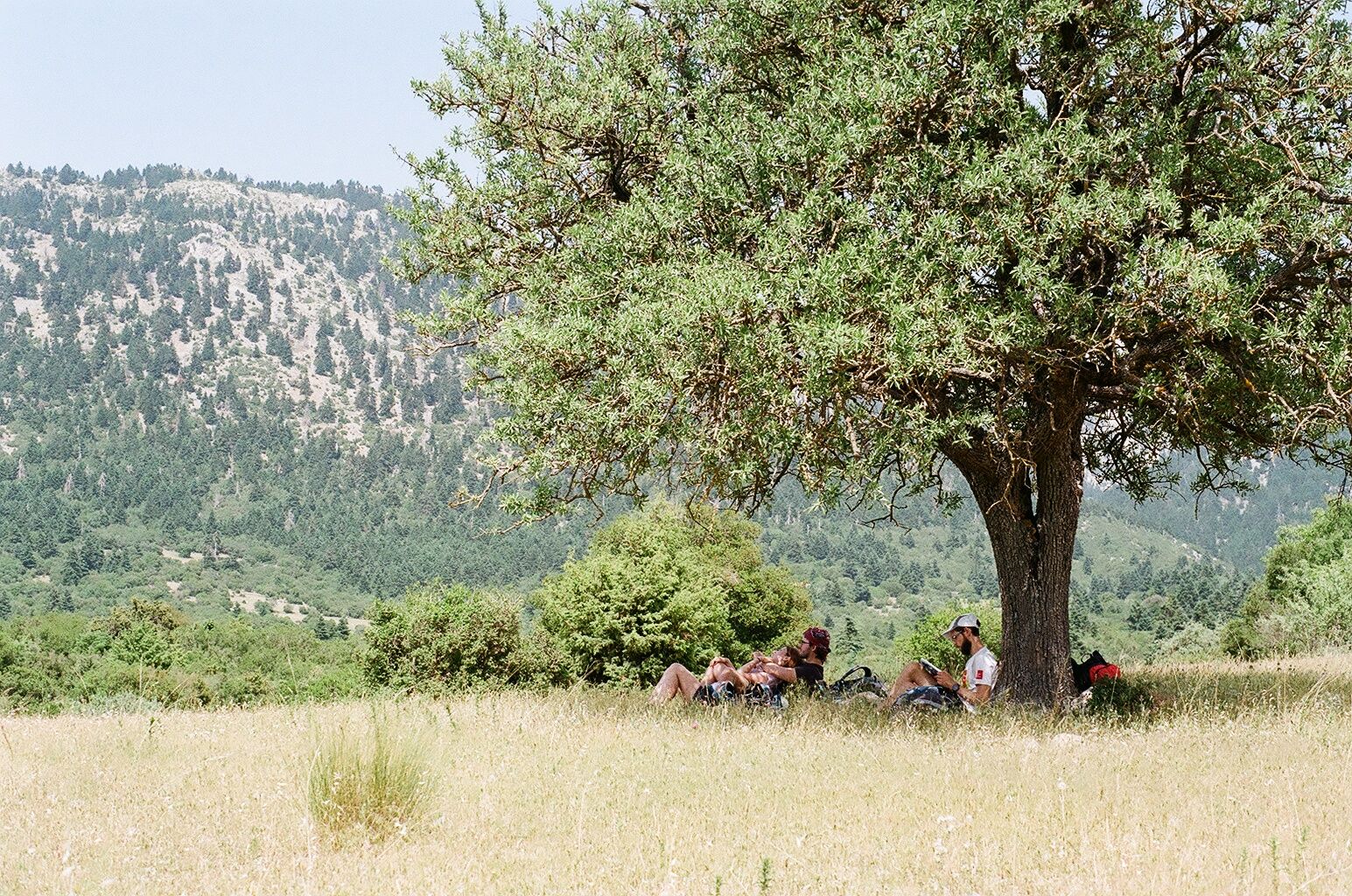 Walking these lands it is truly possible to attune to the ancient times and feel the presence of the Gods, the legends and great poets. Little has changed I would like to say. But that is not the truth. The old gods are slowly being forgotten, villages abandoned and people are slowly changing.  Our initial plan was to cross Peloponnese from Diakofto to Kardamyli. Total of 2 weeks journey. 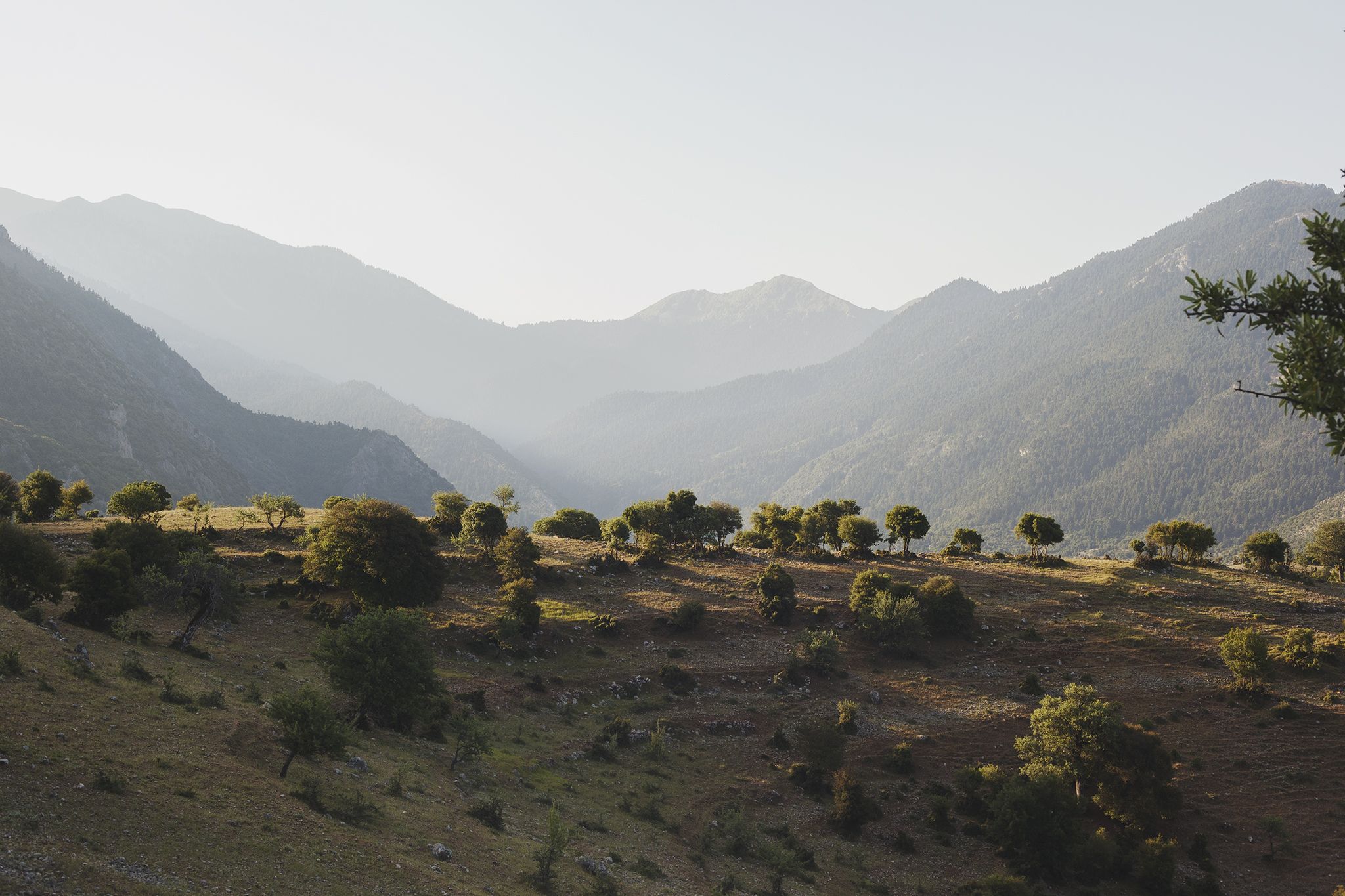 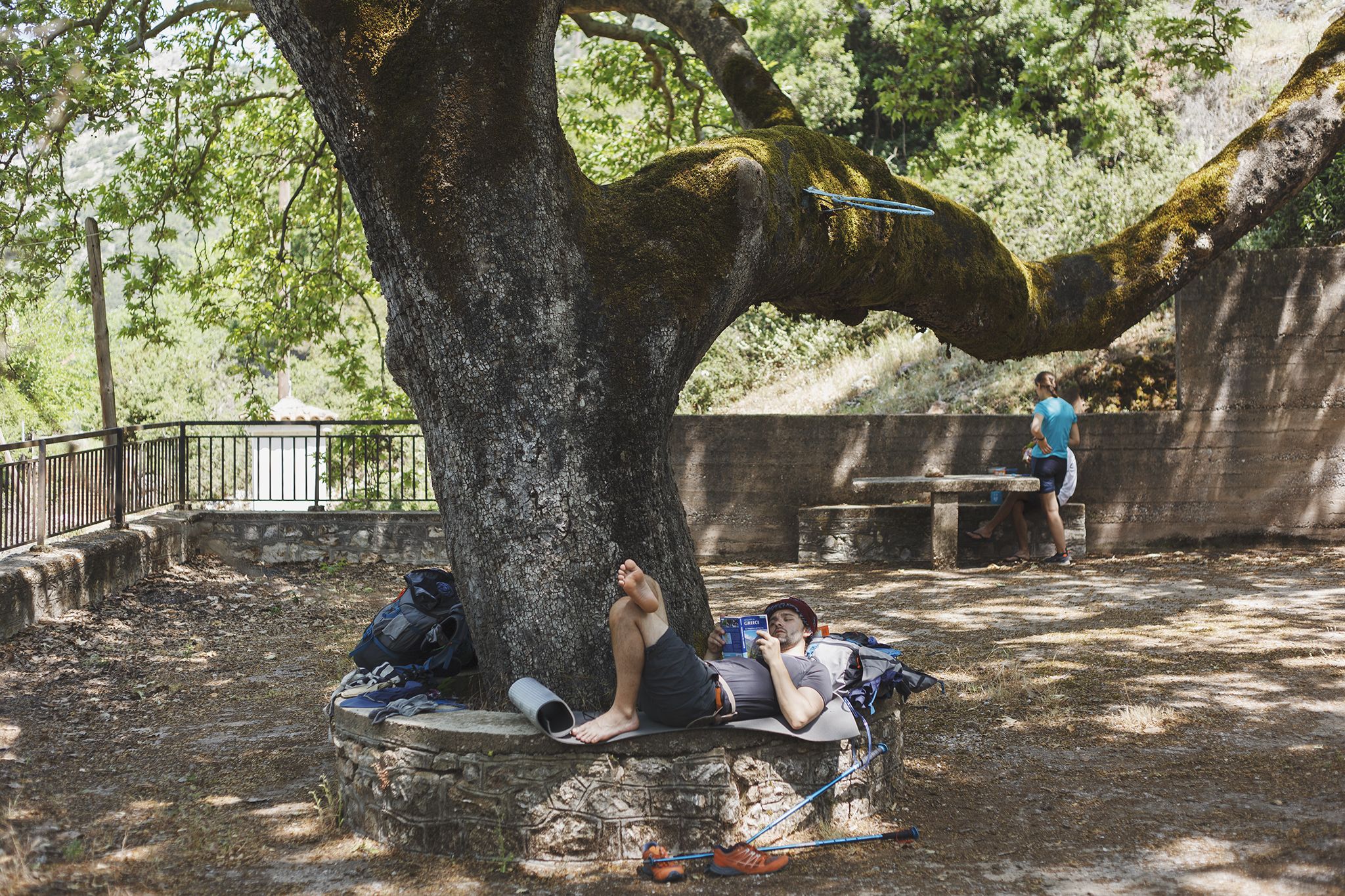 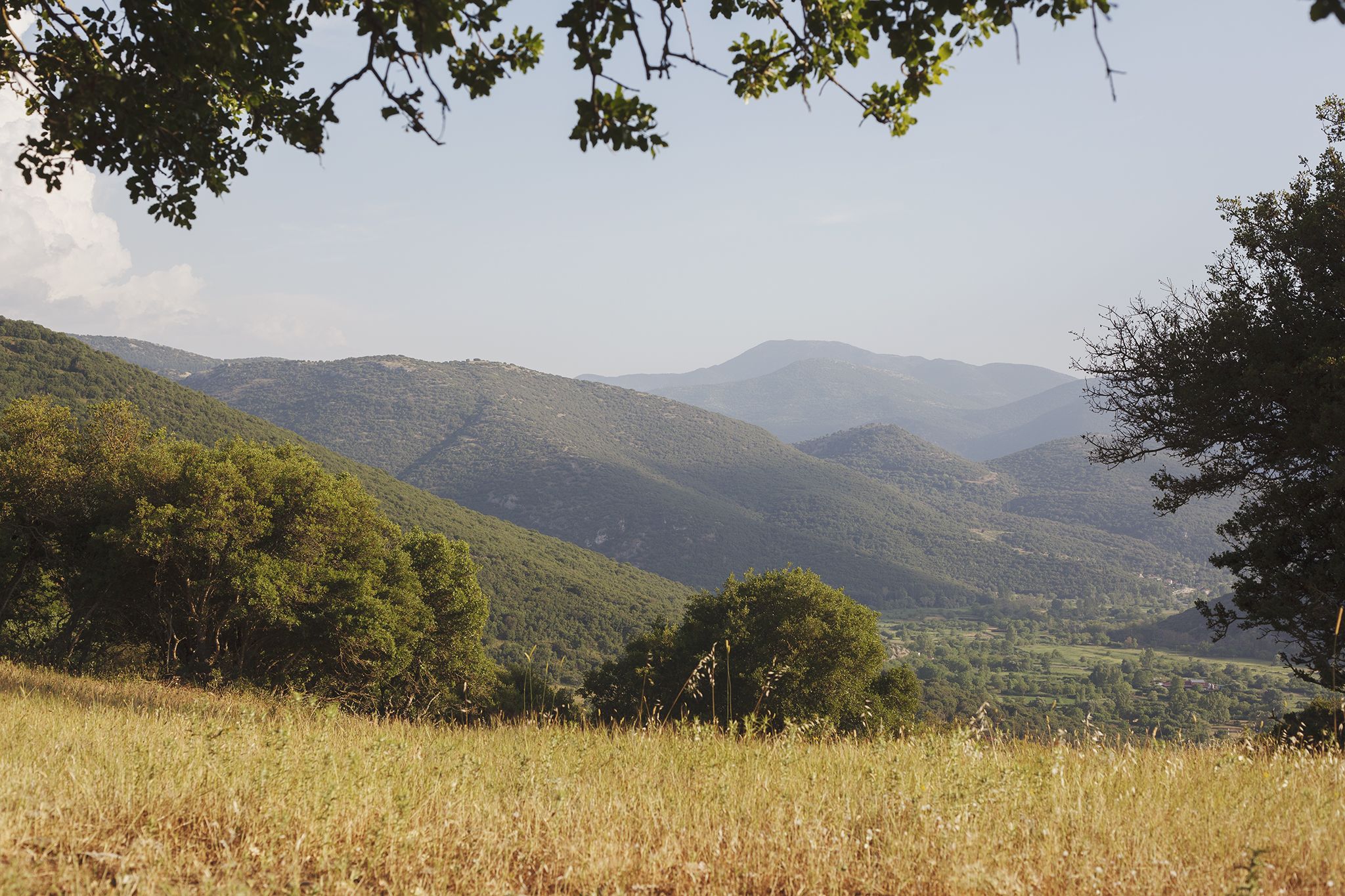 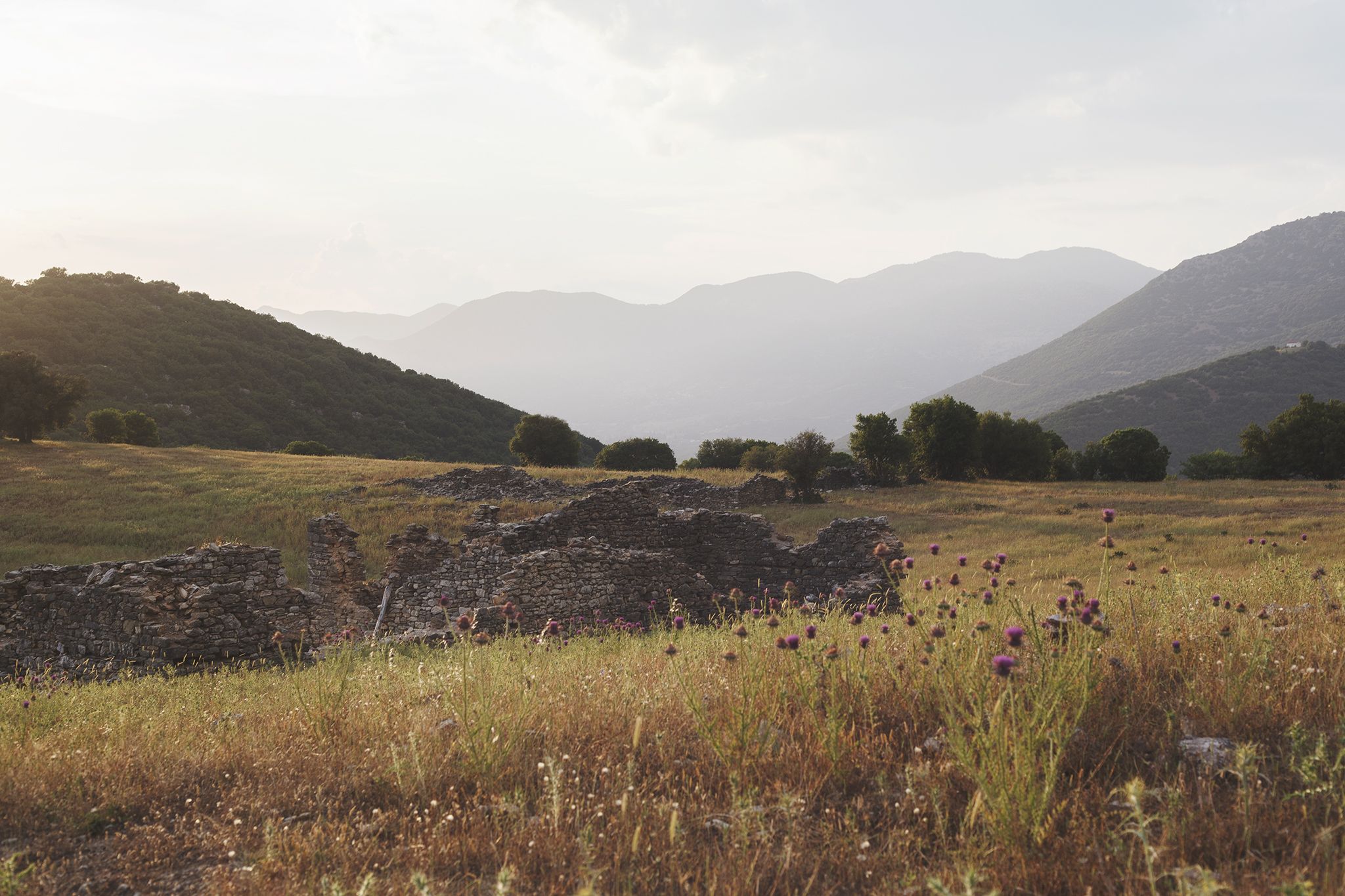 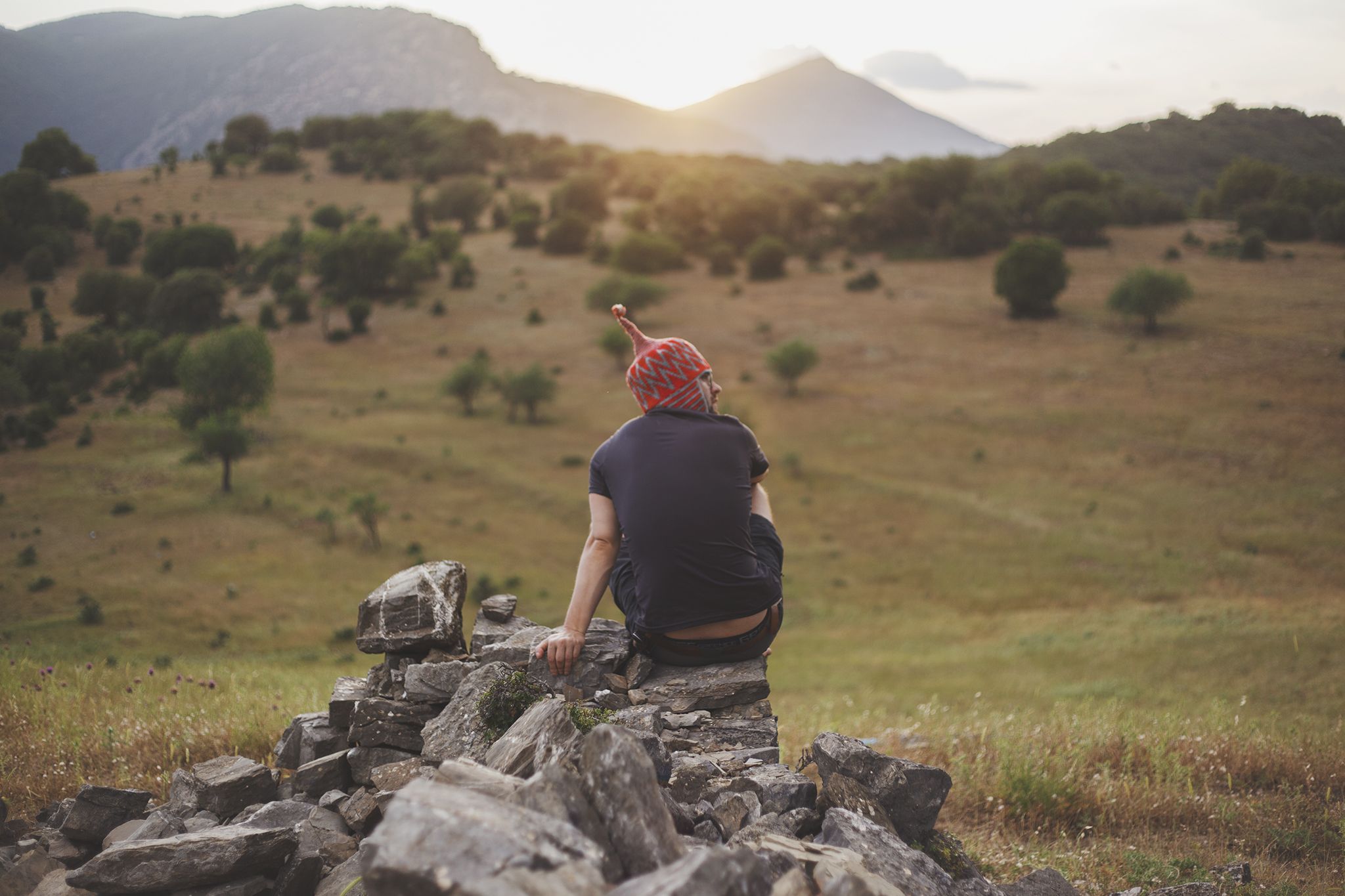 However, for one or another reason and maybe through the divine intervention, we stopped midway. Walking only 100km out of 200km planned. It was not an easy hike. The God of Sun Helios was not a kind one. Constant 35 degrees celsius throughout the day did not help us make the hike easier and the long day hikes to ensure we camp near the water source exhausted us by the midway of the trip.  Thus if anyone is planning to do this hike it is better to do it late spring or mid-fall. When the weather is milder and Naiades the Nymphs of spring water are active the most. Allowing travelers to have plenty of water along the way. Nonetheless, it is a beautiful hike that with a little bit of imagination transports you to ancient Greece. 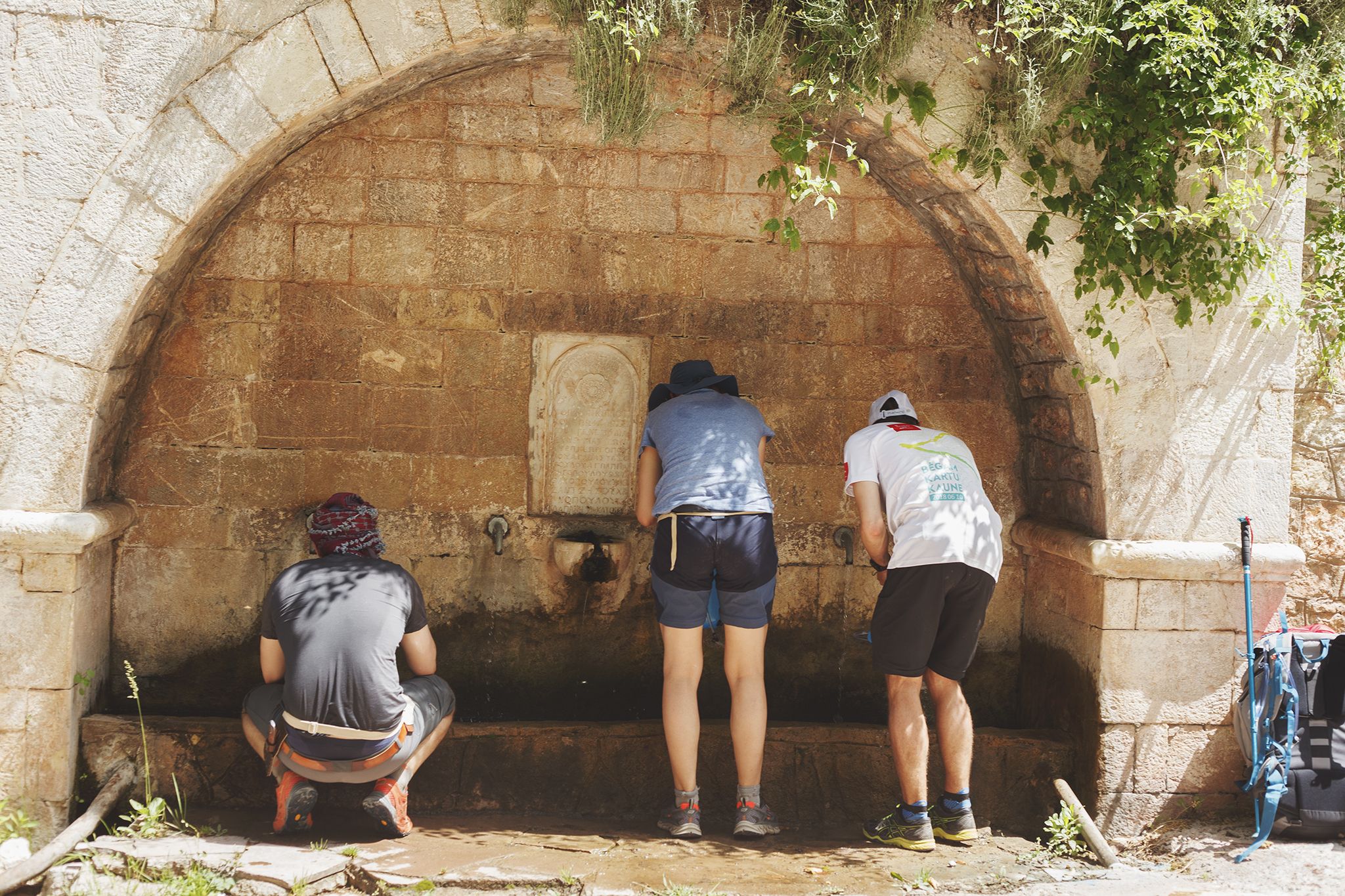 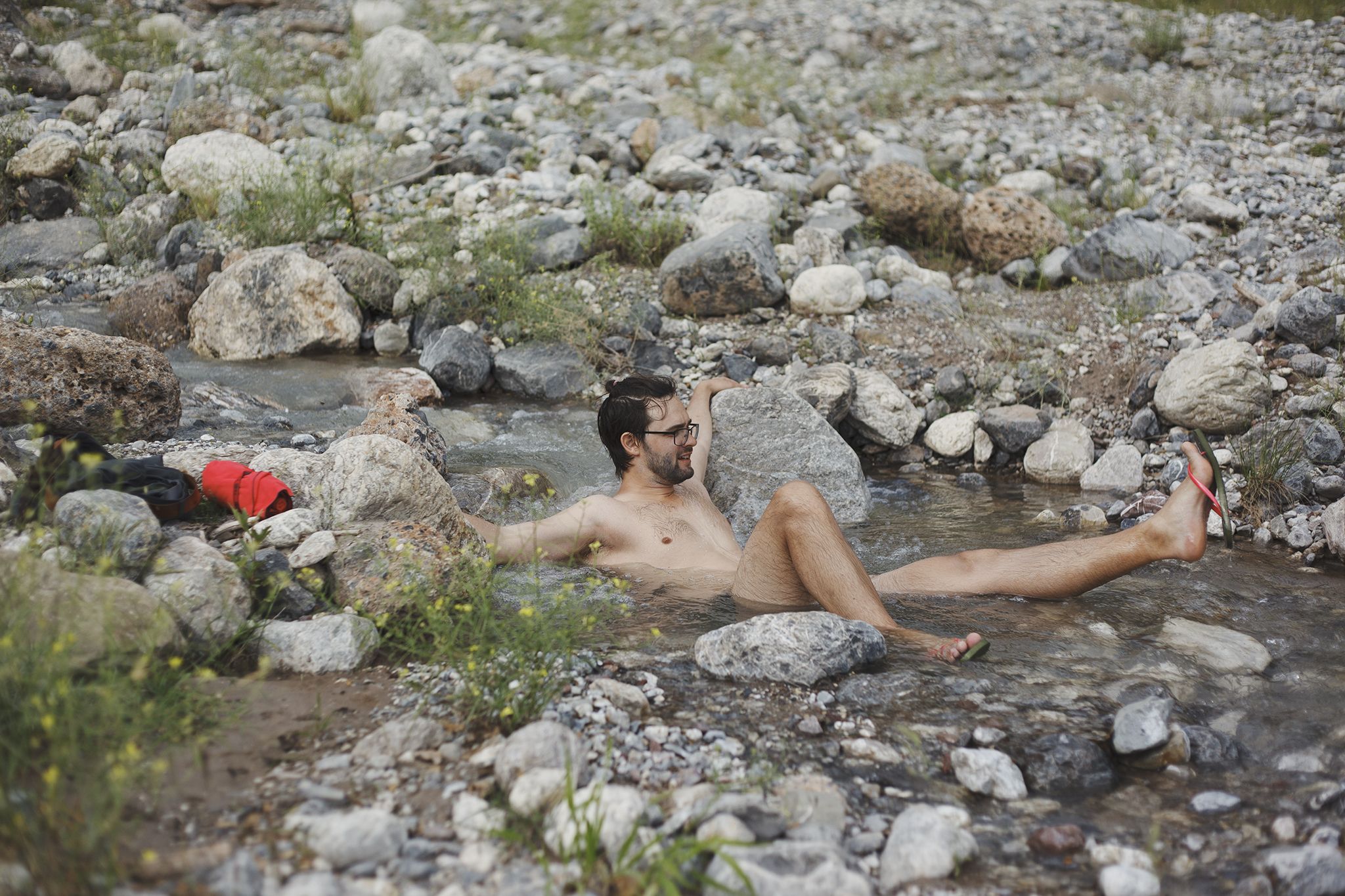 While the second part of the trip we explored the peninsulas sea villages and cities, caverns where Hermes hid cattle he stole from fellow god Apollo, gates to hell, hidden waterfalls and more. 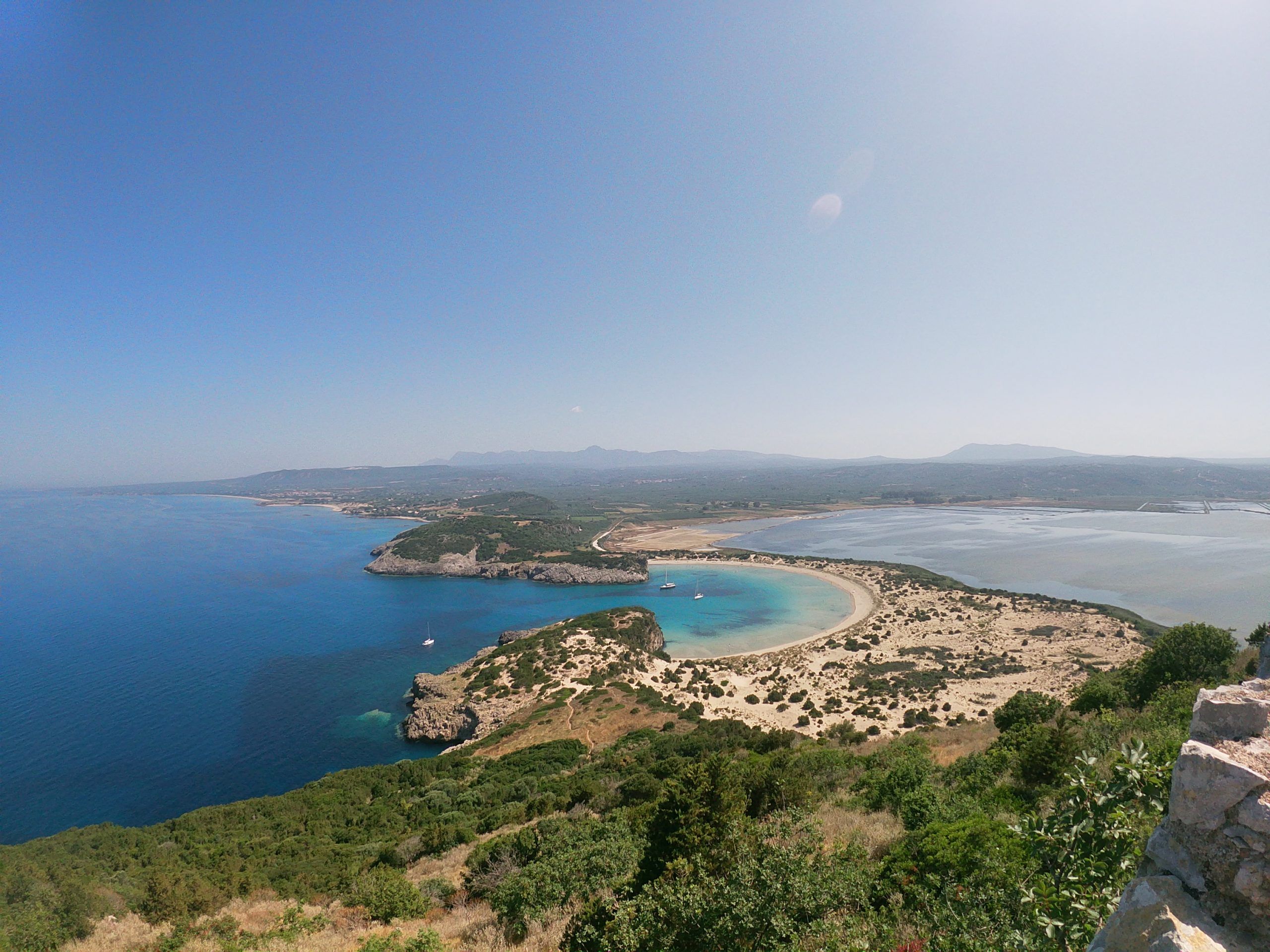 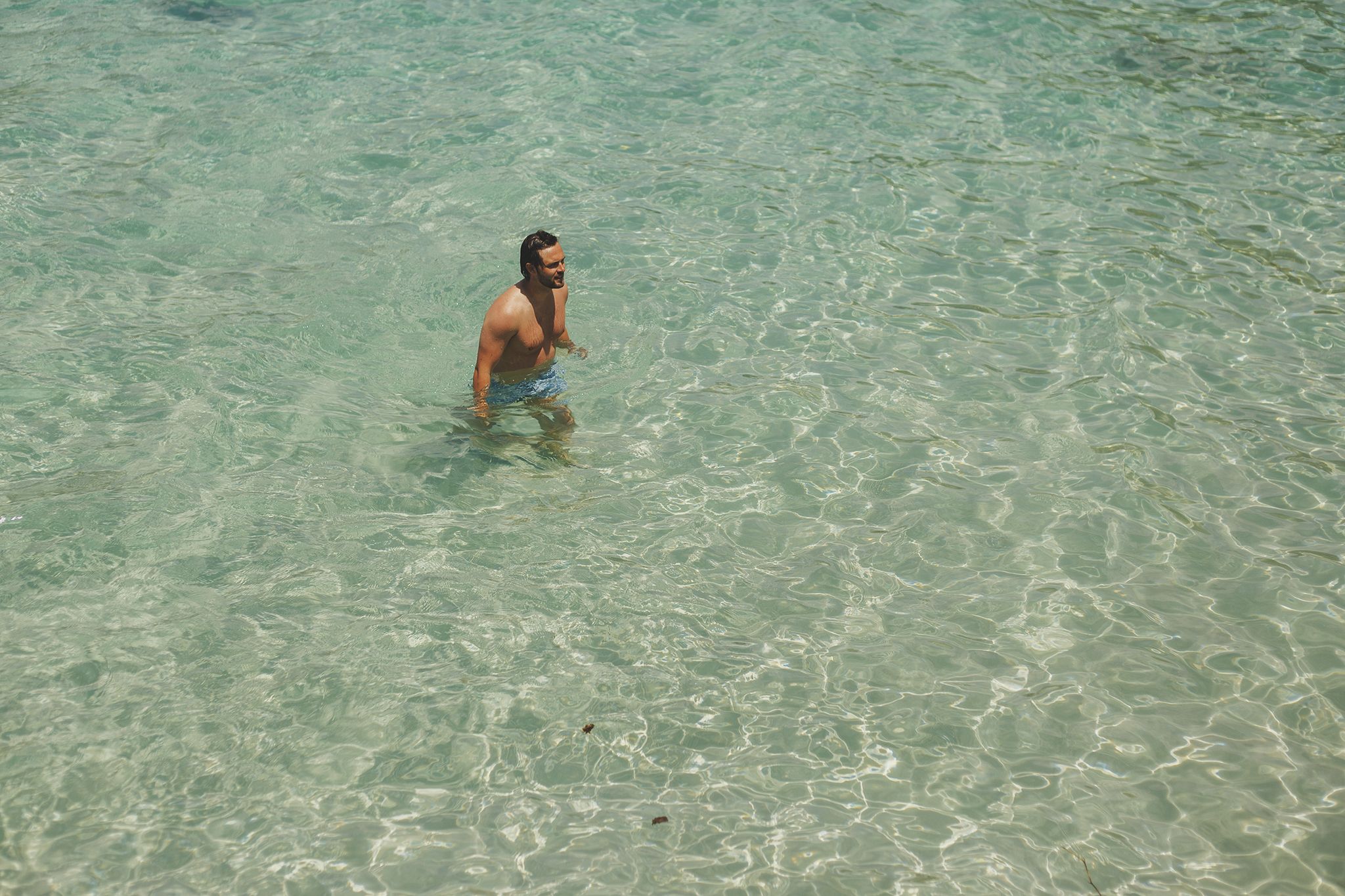 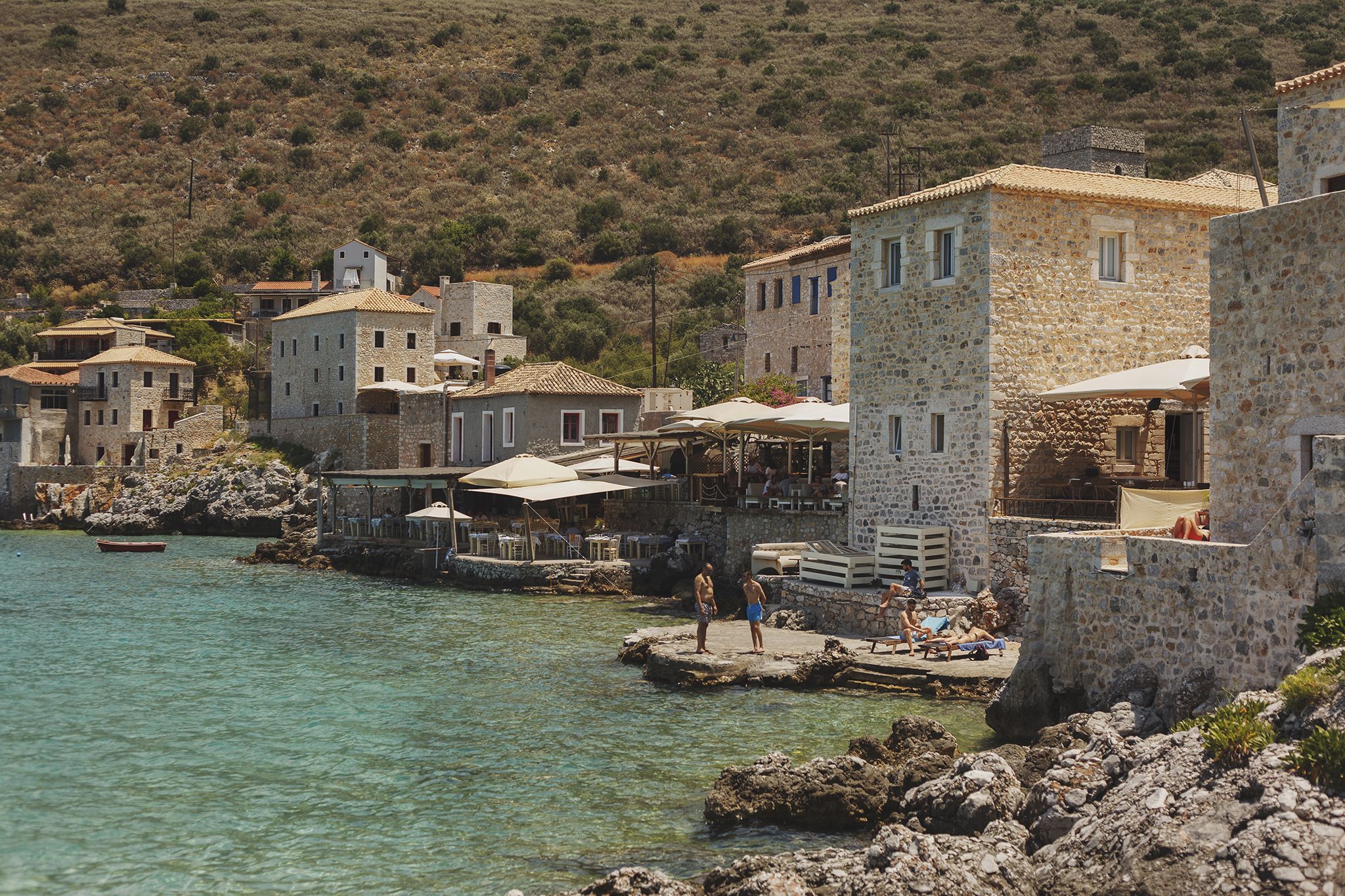 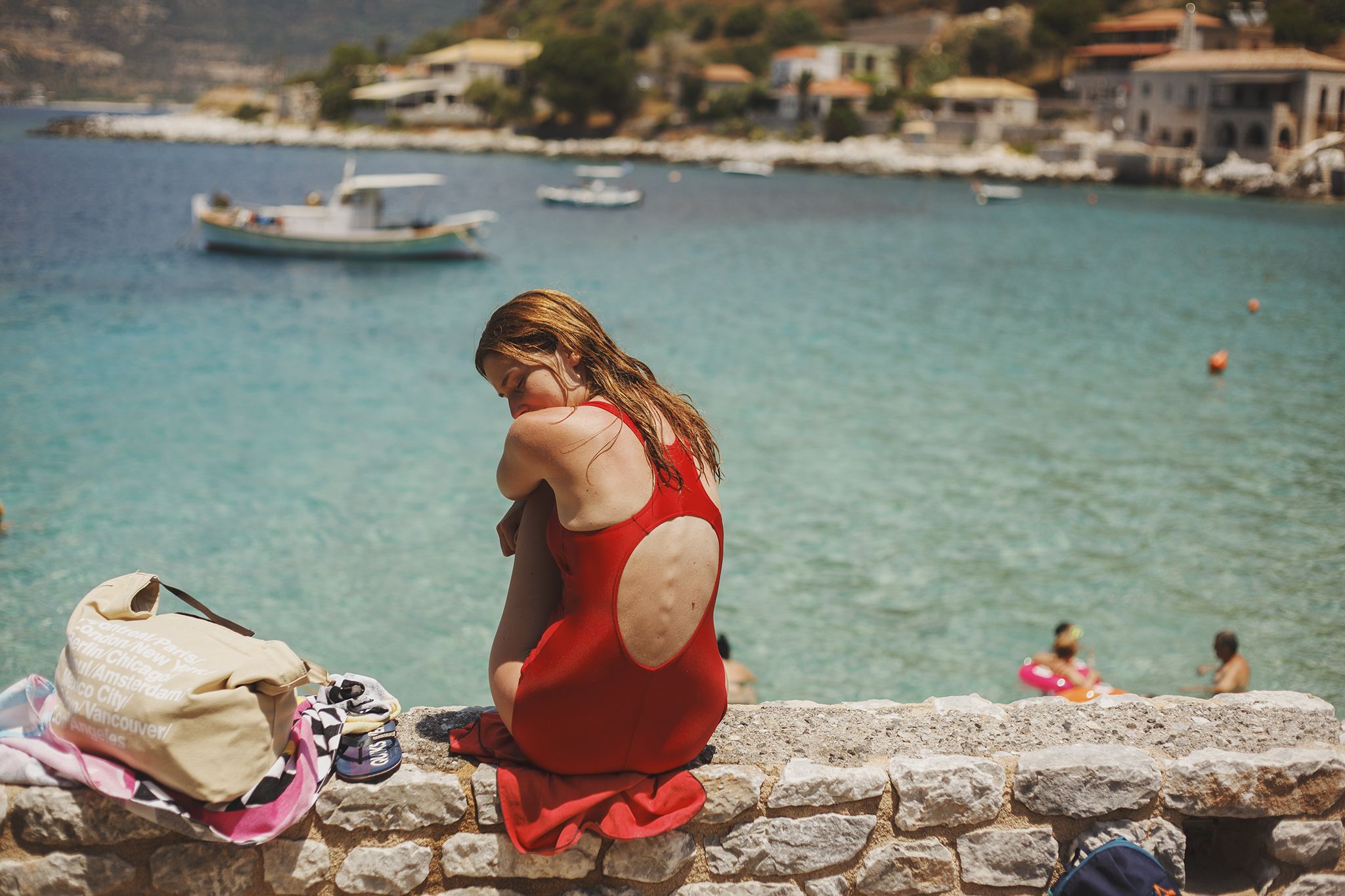 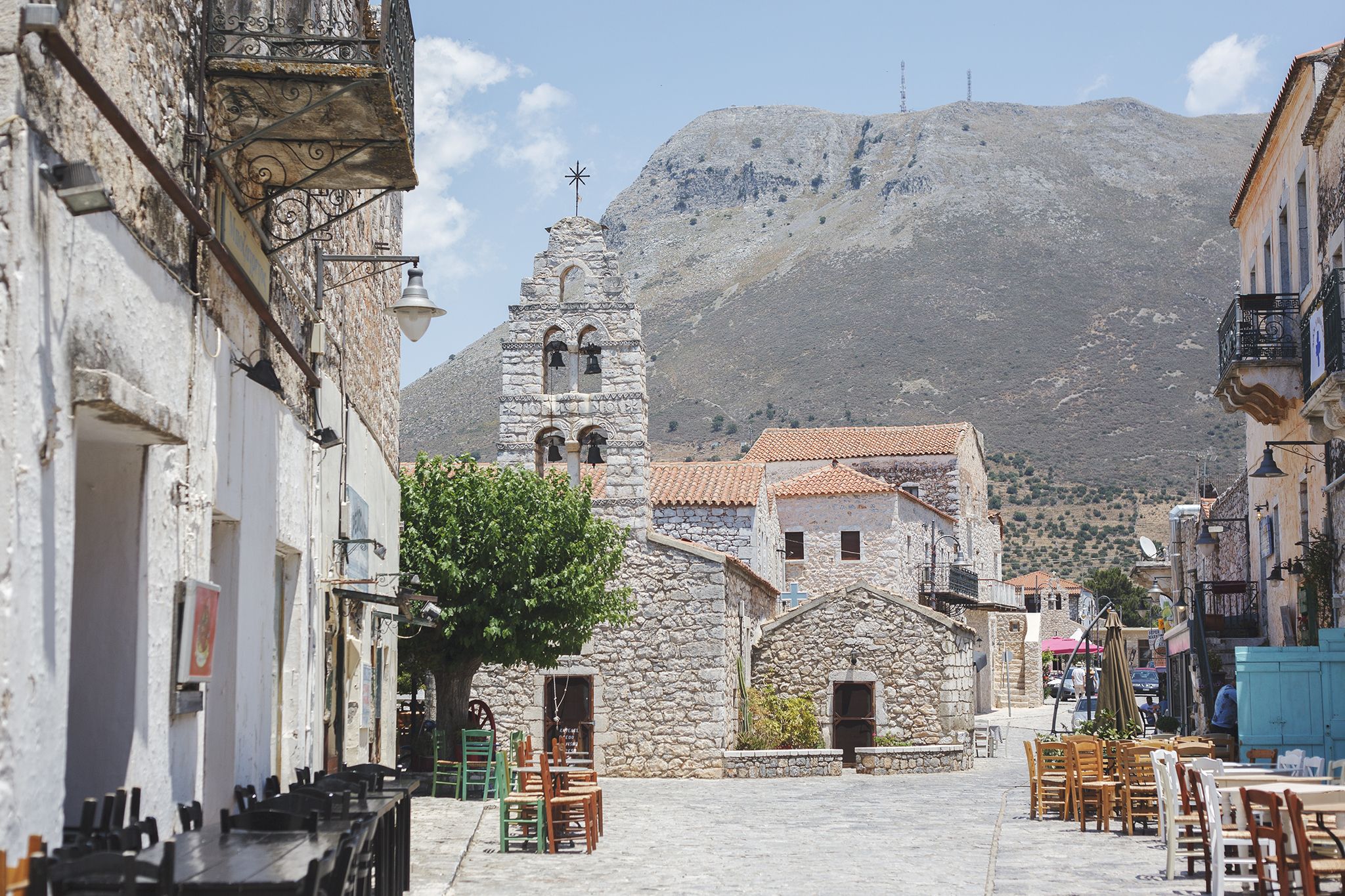 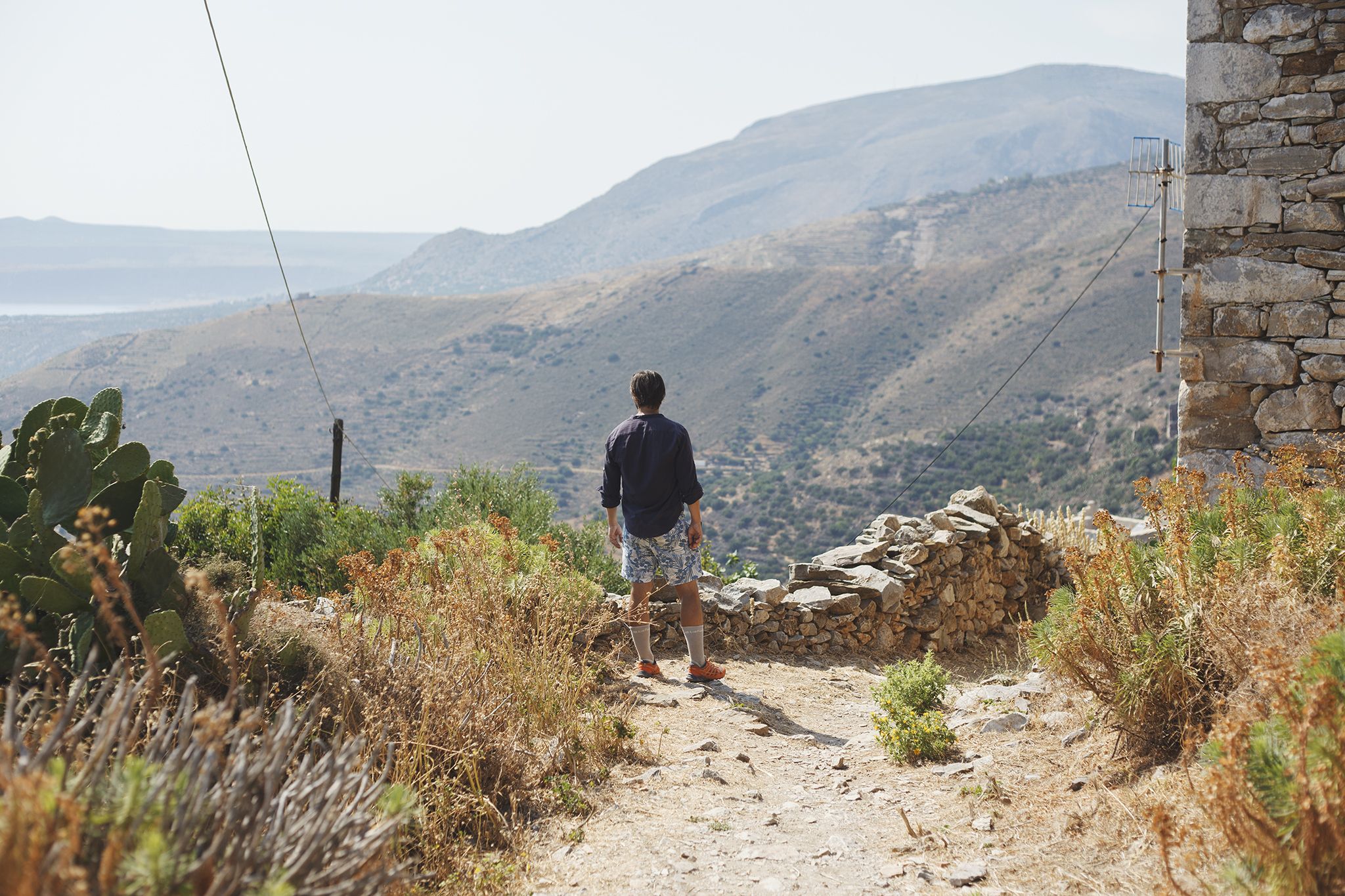 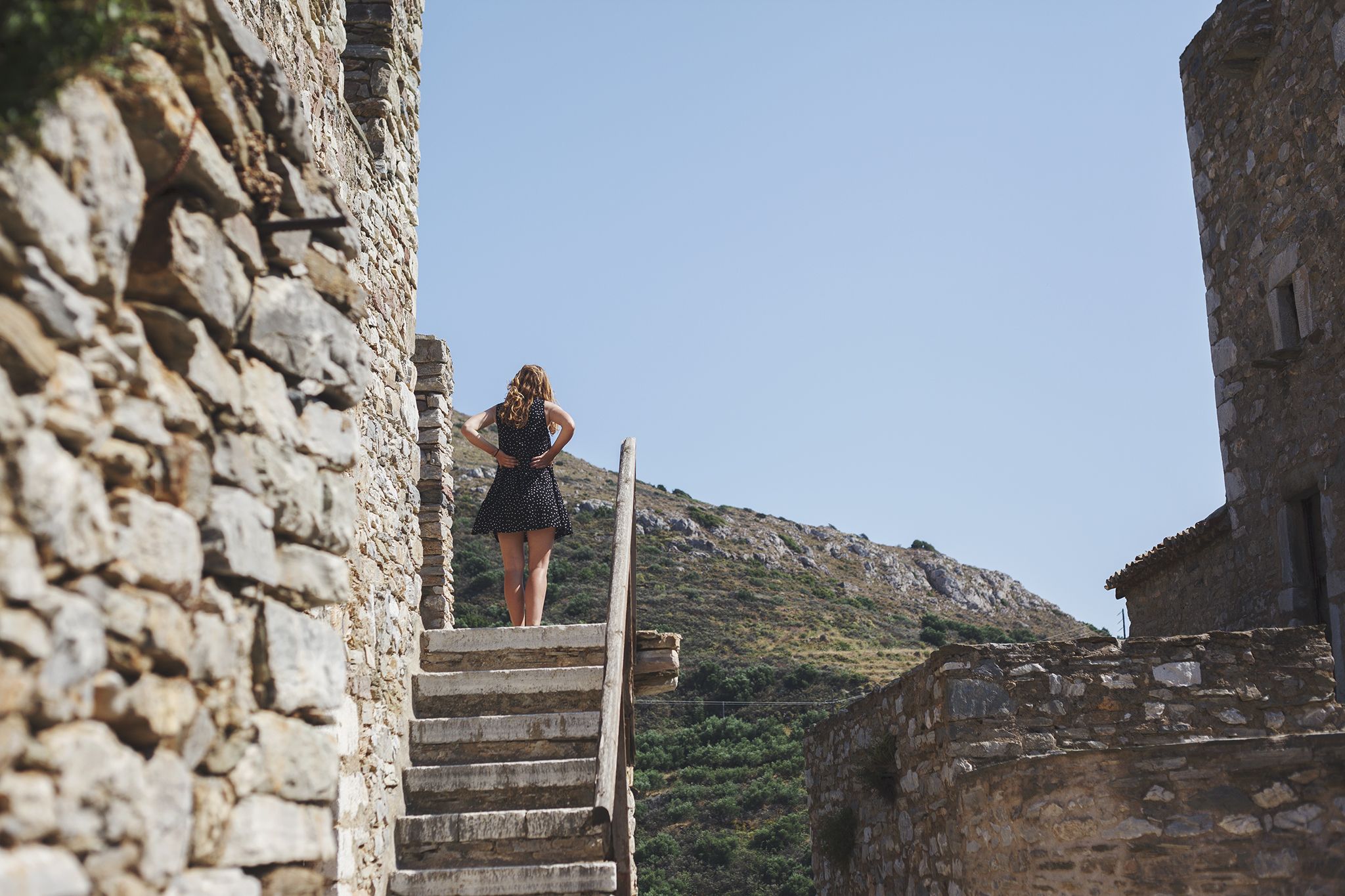 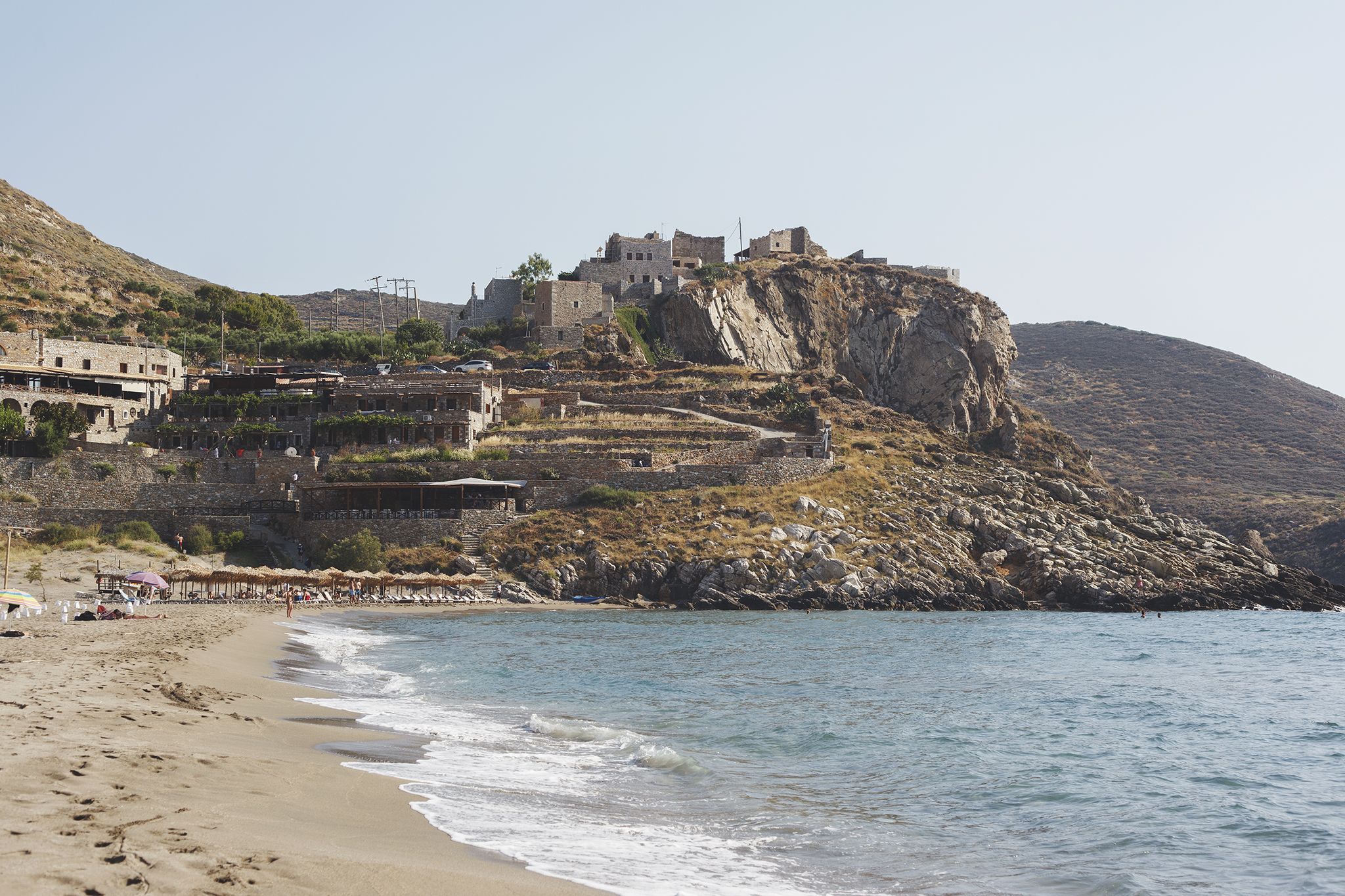 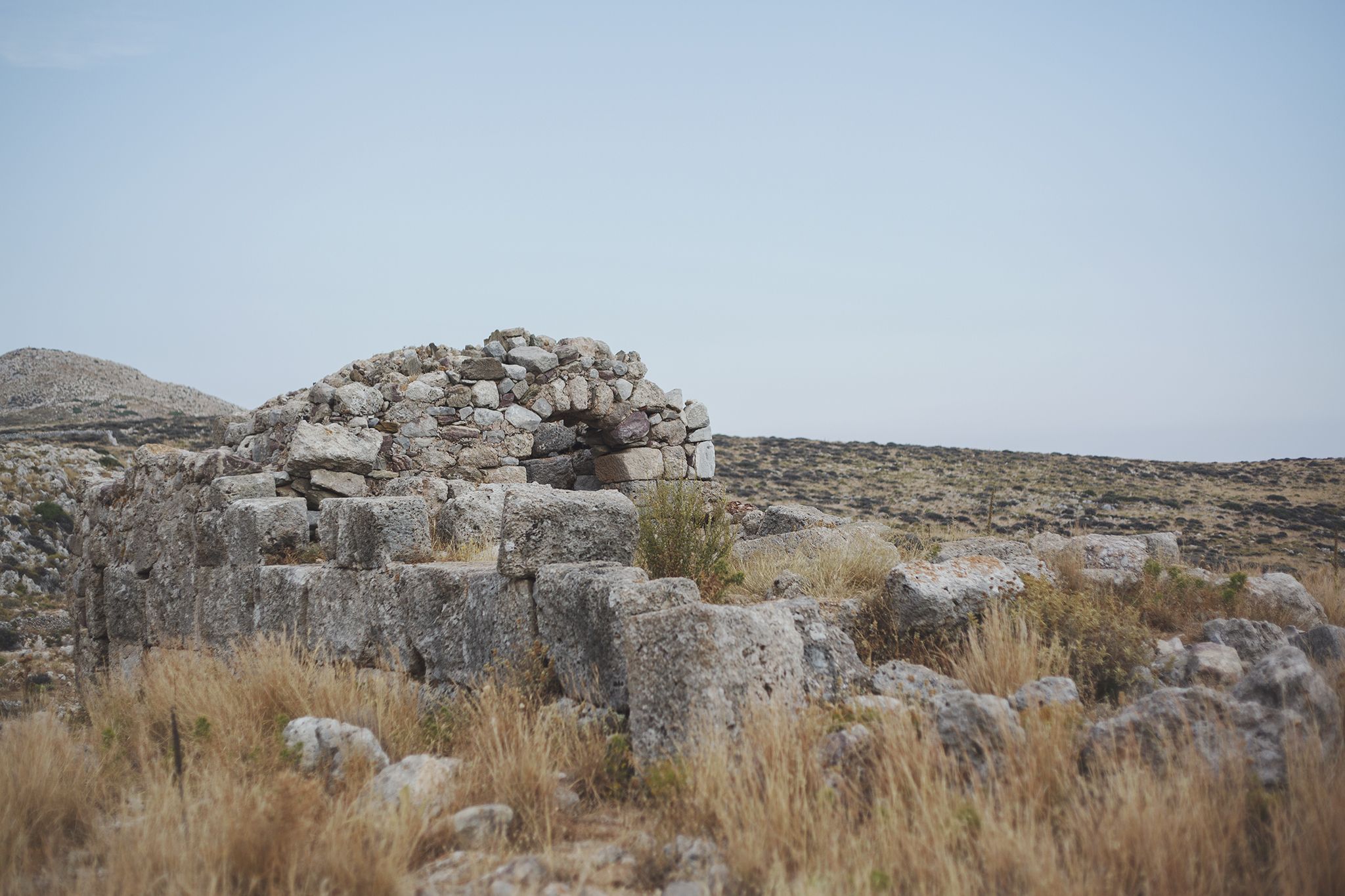 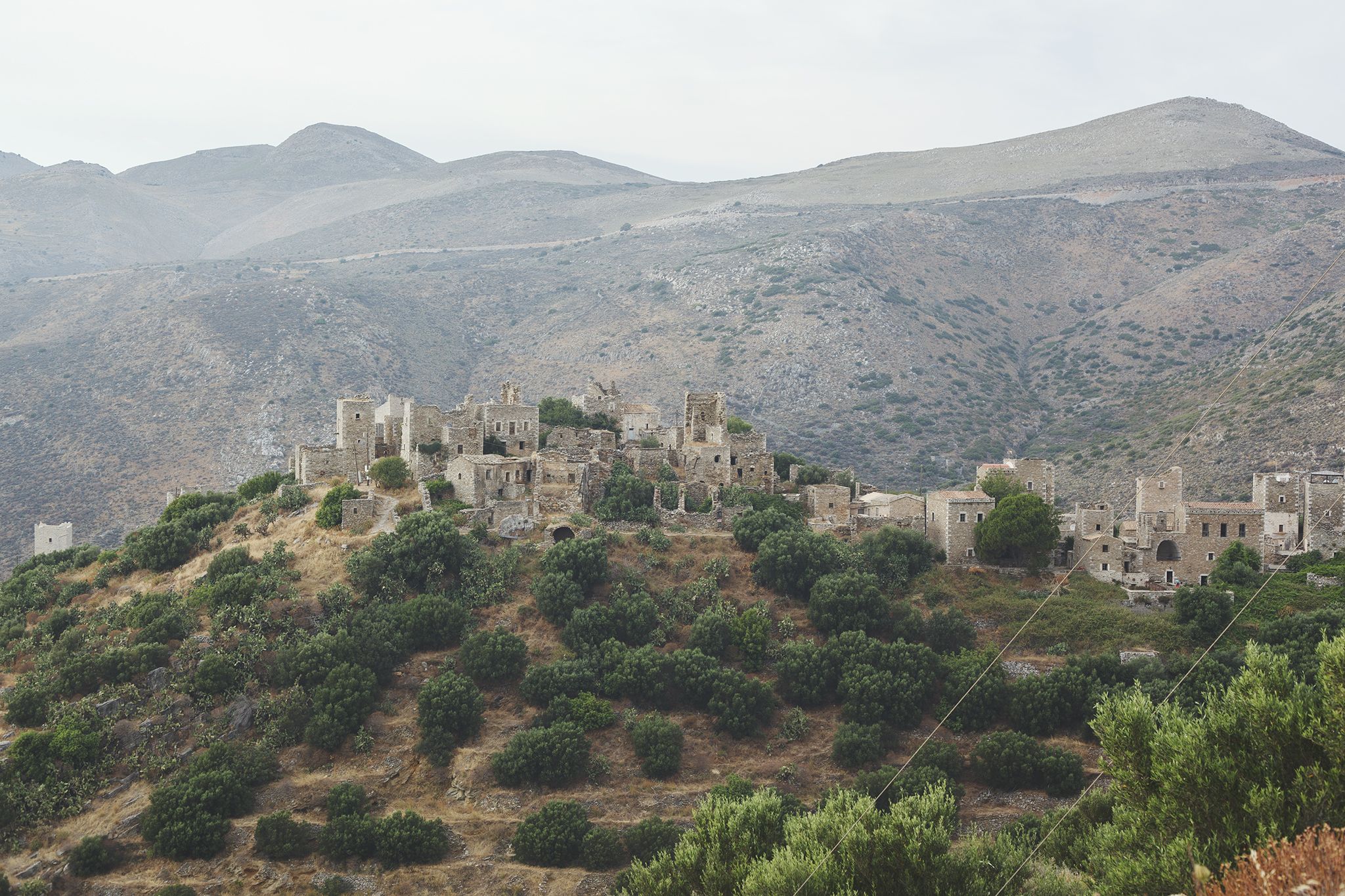 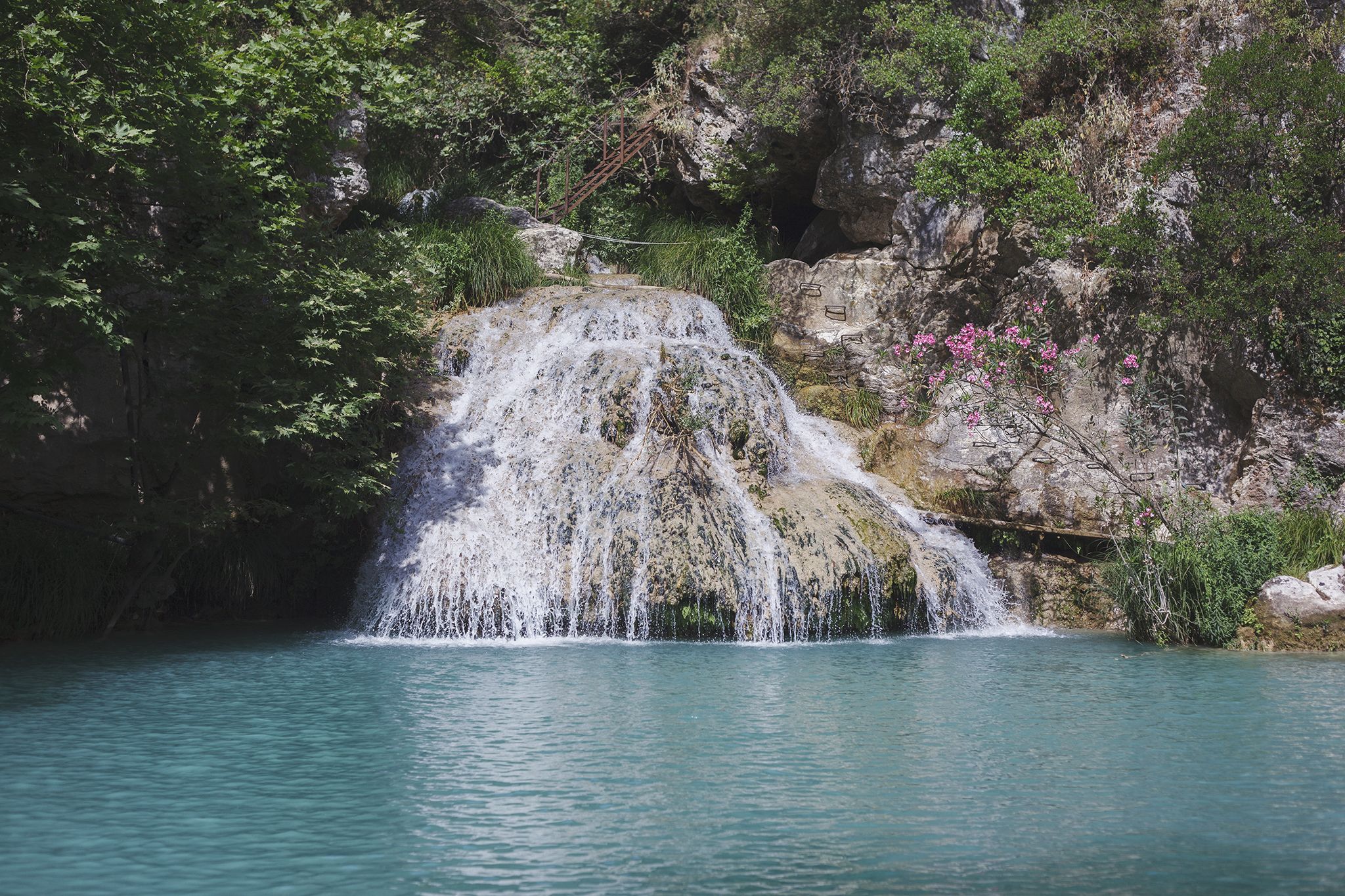 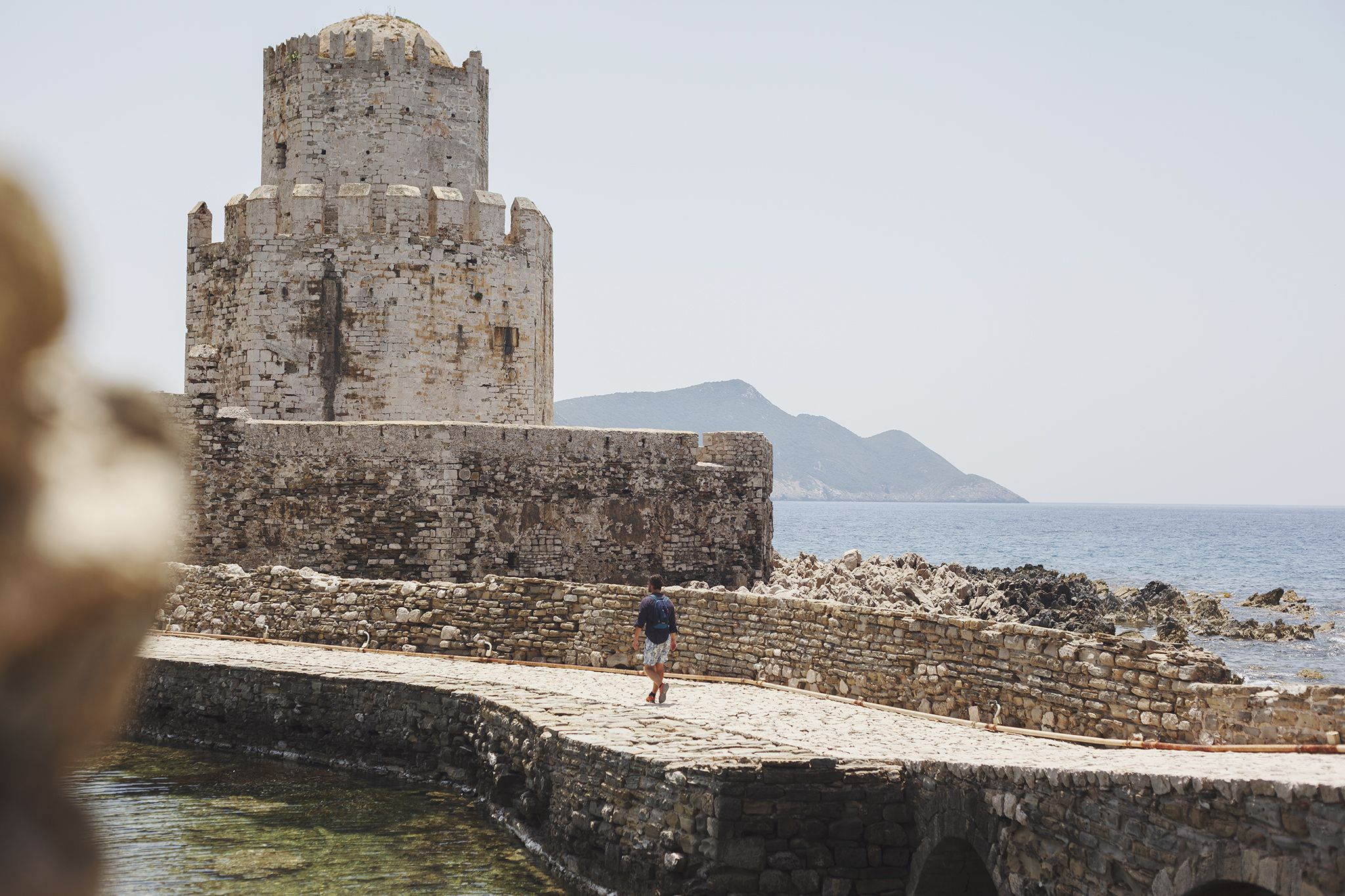 Peloponnese and especial Sparta and Argolis regions are closely linked to mythology and the Homeric epics. Traveling this mythical land is truly the best way to reread two of the most fascinating accounts of world literature and walk in the steps of gods.

Pictures are all originals. If you would like to copy or use them you have to get permission from the authors.
greece hike Peloponnese

What a wonderfully relaxing, peaceful, and rewarding way to explore Greece.

[…] This post is the second half of our trip in Peloponnese. During the first half, we hiked for 5 days 100km through the wilderness of the region you can read all about it here –  Hiking Peloponnese -The Land Of Gods & Legends. […]