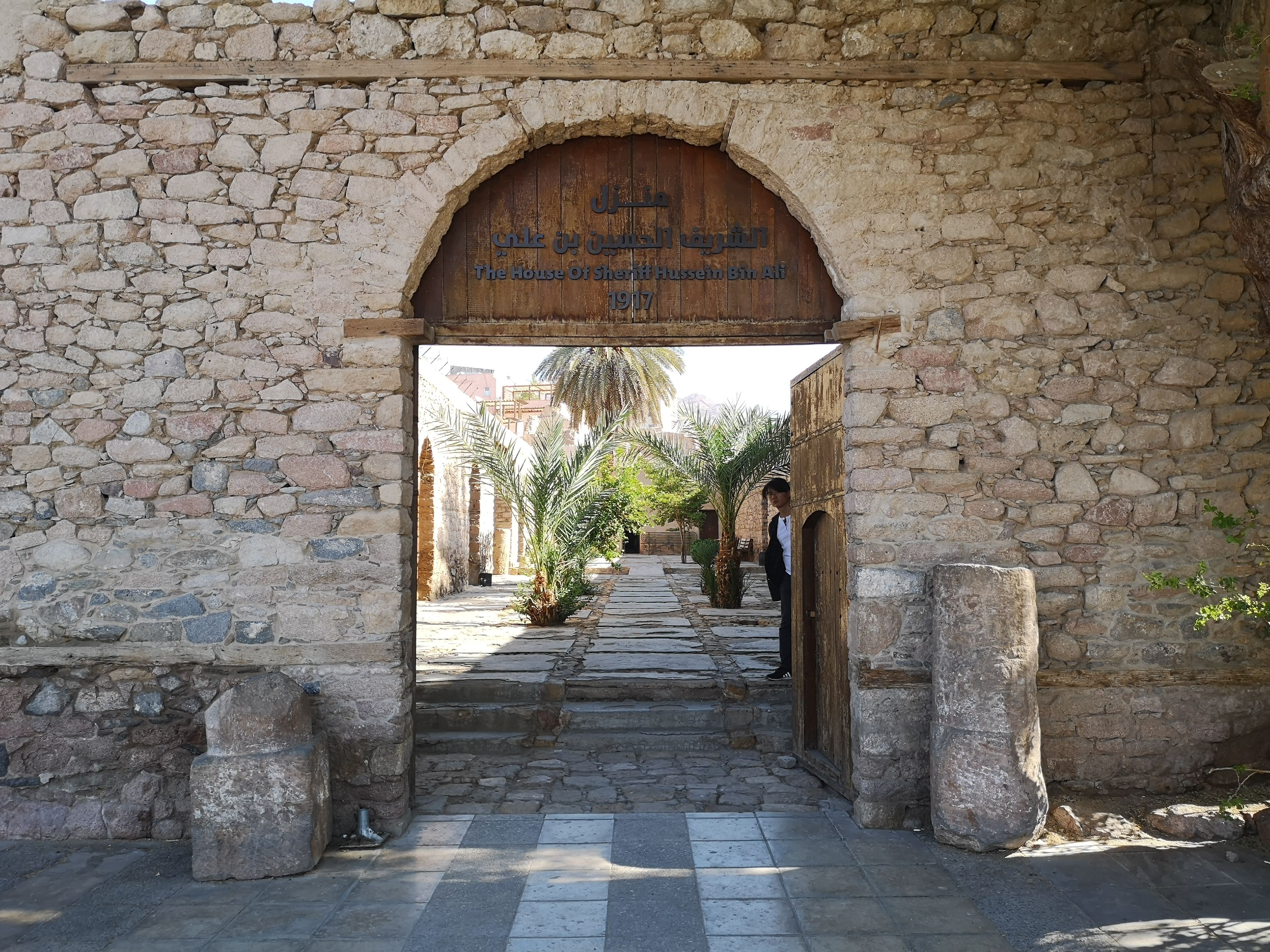 The night after landing in Jordan took us all the way to Aqaba a city with a history dating back to pre-biblical times, when the town used to be called Ayla. The archaeological excavations revealed a settlement predating 4000 BC. However, this period is largely unknown due to the absence of written historical sources.

But can you imagine living during those times or any following them? Such as during the Edomites era who are believed to have built the first port in Aqaba. Which led the region trade route development. How interesting it would be just for a minute to experience those times. Or during the Babylonian times when the Aqaba witnessed probably the growth period.  Becoming a kind of a central trading hub between Africa and Asia.  Or during the Greek times when the Alexander the Great stormed through the known world. It was described by a Greek historian to be “one of the most important trading cities in the Arab World”.

No wonder it was such a sought-out place by the ruling countries of the world during their times.  After the Greeks, the city changed hands a few more times. The Nabateans, Romans, Byzantines who built probably the very first purpose-built church. Which later fell to the Islamic conquests. Such as Ummayads, Abbasids, and Fatimids. Closer to our times before it was known as Jordan it also belonged to the Turkish which with the help of the Bedouins and T.E Lawrence fell to the British hands for a short period of time before it was passed to the newly created Jordan Kingdom.

It was the place that gave us the first few great and not so surprises. Bigger than the gasoline station toilets.

We have arrived at the ancient city of Ayla(Aqaba) after 400 KM voyage during the dead of the night. The quartermaster has been expecting us to be there for the last couple of days. Luckily we were not late and our rooms were ready for us.  Who knew that explorers from the Arab peninsula region ratings are so different from our European. 7.9 out of 10-star rating is more like 3 or 5 back in the old world.

Our quarters luckily had the place for our carriage and the feed to keep it rested and full.

2 out of 5 members were the first time on such voyage. For me, it was nothing new. Exploring the new world across the ocean I have lived in worse places. On the road or even in the barns. However, for my companions, this was a shock. The housemaster obviously was facing some hard times the main hallway was dusty and the furniture old and on the verge of breaking. While our room was missing 3 beds and some cockroaches were running on the floor. As to our question where are the missing beds. The custodian pulled out three old dusty, very dirty and probably gory mattresses. 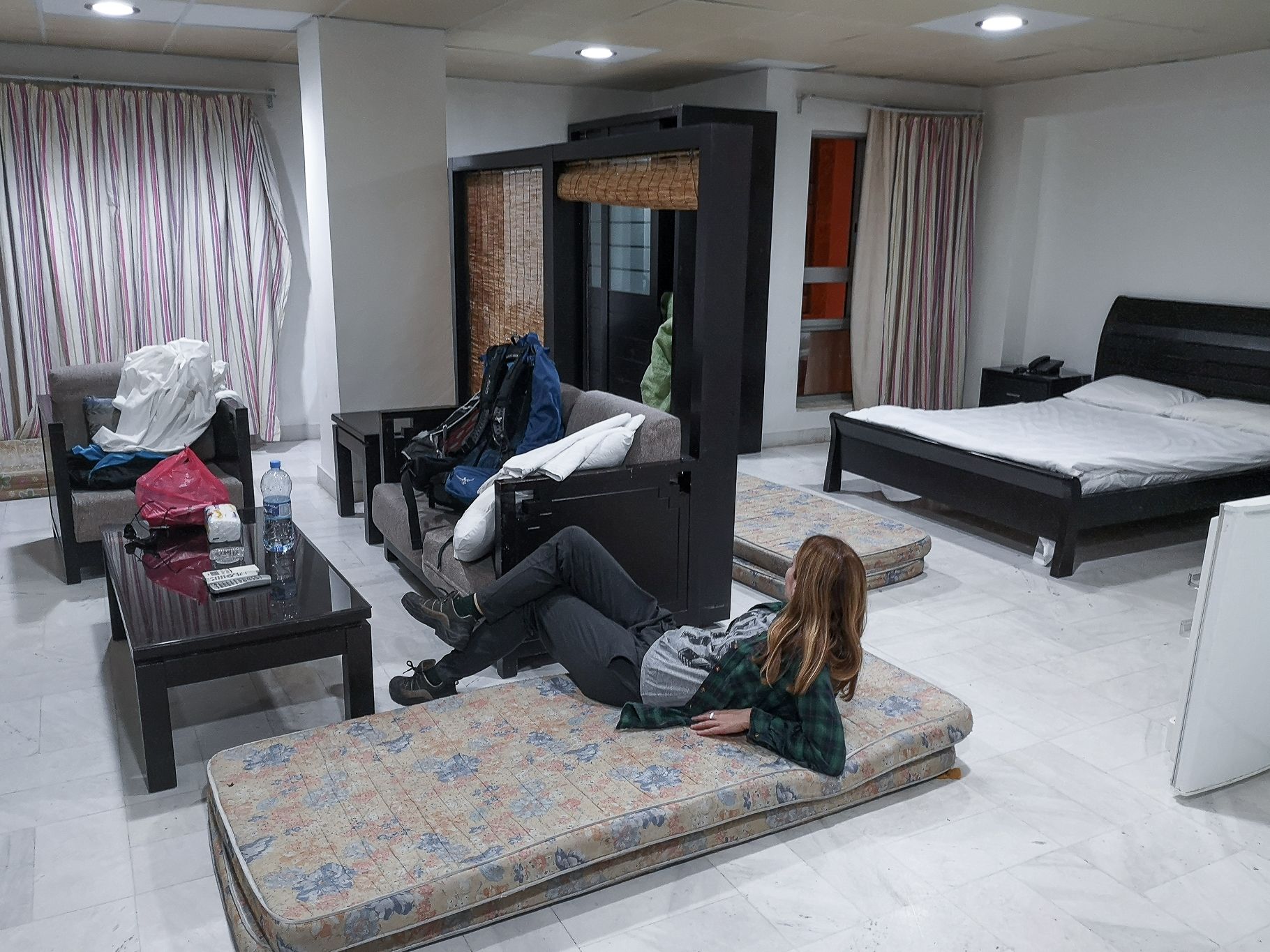 We were not able to identify if it was blood or just some paint on them. Luckily we had our translator with us since our custodian did not speak a speck of universal language. With the help of a translator (Google was his name), we have managed to barter for clean blankets to cover the mattresses. 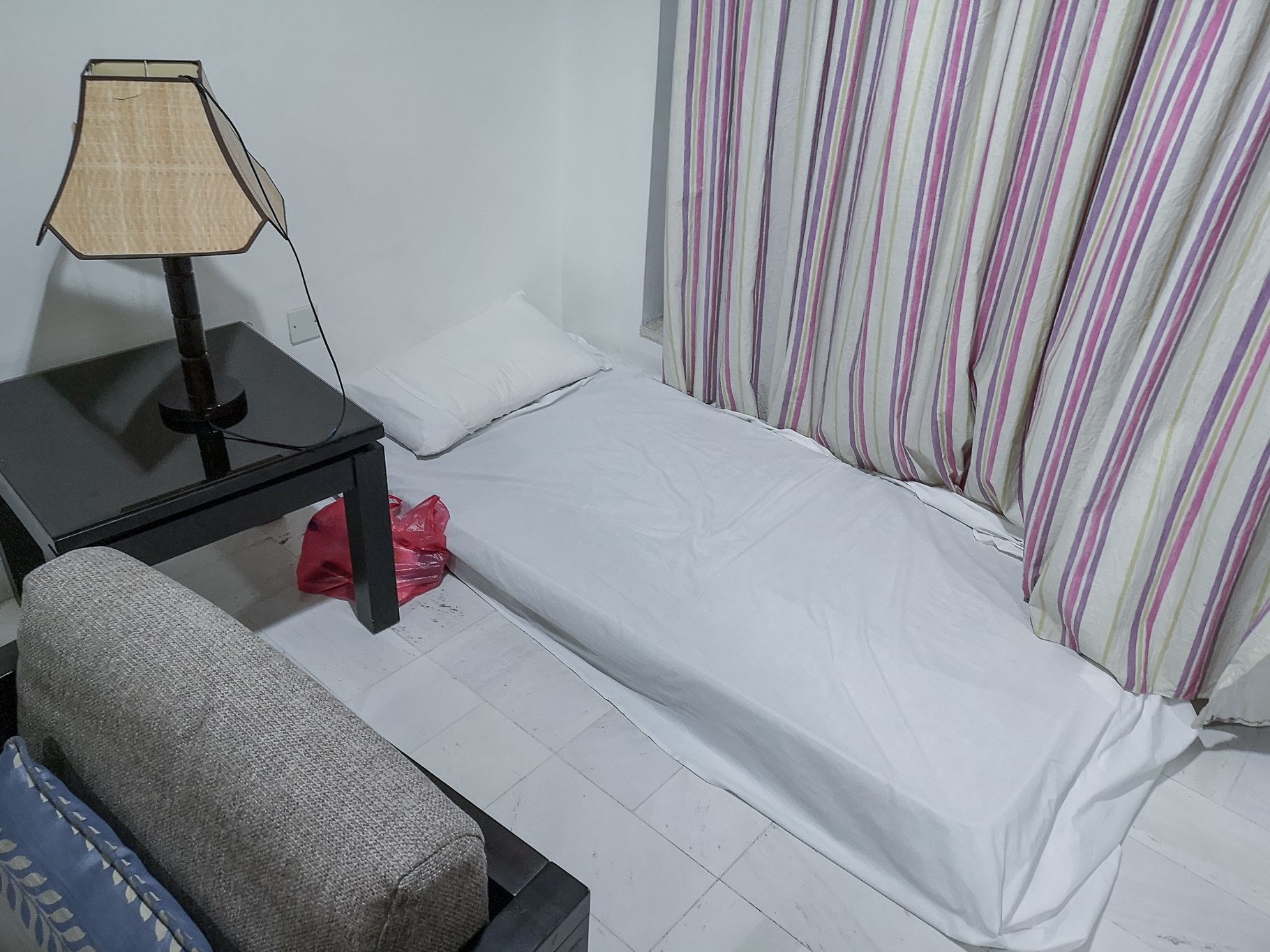 While I and my girlfriend went to have a rest for the night. The 3 other companions decided to test out the local inn for the much heard Arabian coffee and food. Which being inexperienced explorers led to food poisoning and diarrhea for the next day.

The following morning we were woken up by the magical sound which turned out to be a prayer going throughout the whole settlement.  Since we were woken up by this magical sound we have decided to look for the inn that could serve us the much renowned local delicacies. The (name of the place) did just that. Being in front of a very important mosque Al-Sharif Hussein Bin Ali built for their king it just couldn’t serve any bad food.

We had a very sumptuous breakfast – Hummus, Falafels, Babaganoush, Bedouin chicken, Prawns, and other delicacies I know not the names. We got even treated to a local Bedouin dish – goat leg in sour milk. A very strange taste like old milk. 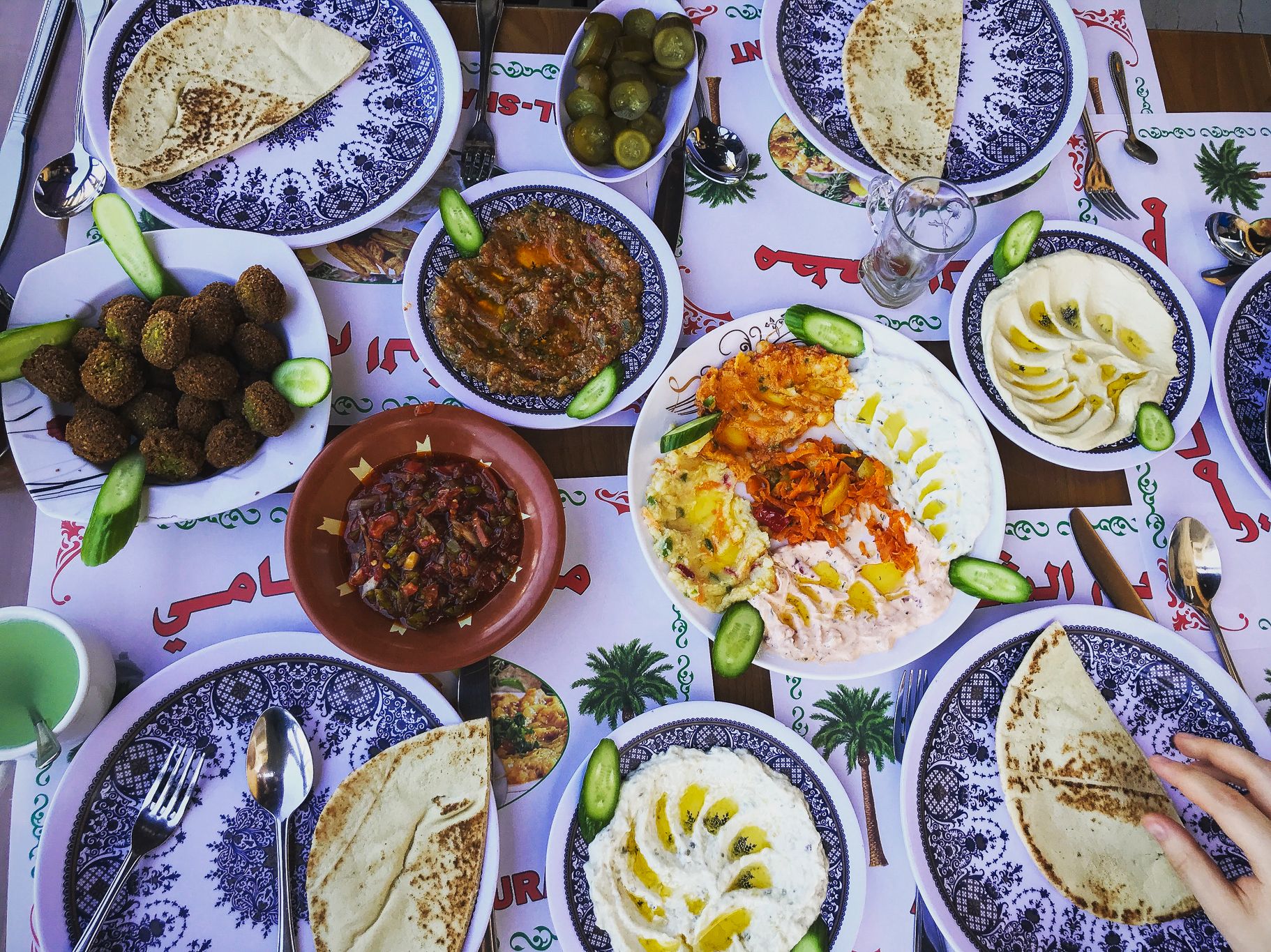 After breakfast, we took our carriage for around 7 km and went out to explore the world that is under the water at the place called Japanese Gardens. 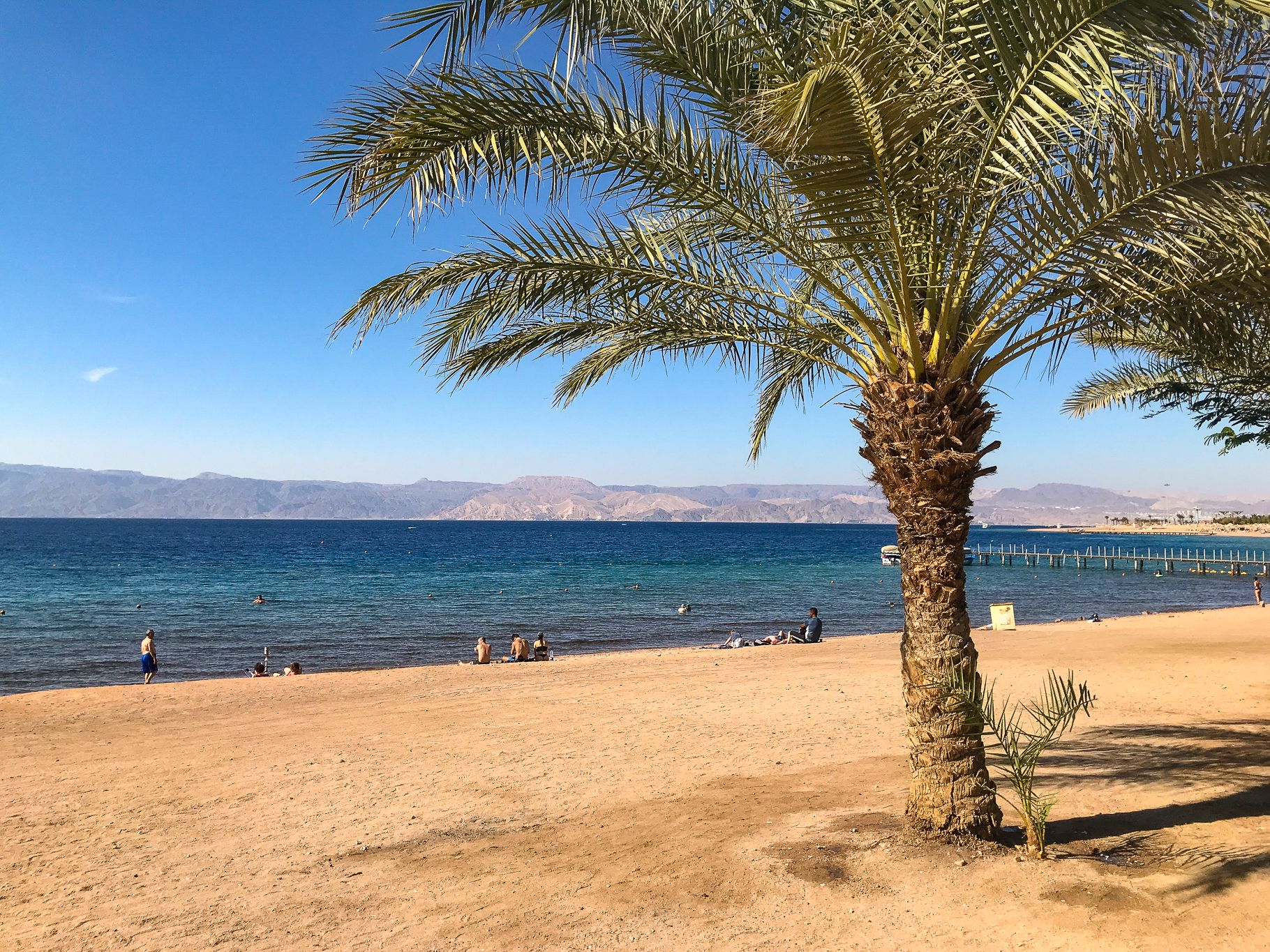 We heard there is a hidden city under the water that sank a while back and no one was able to find. Surprisingly we were not able to do it also. However, the two locals that were living at the beach rented their gear from the campsite. 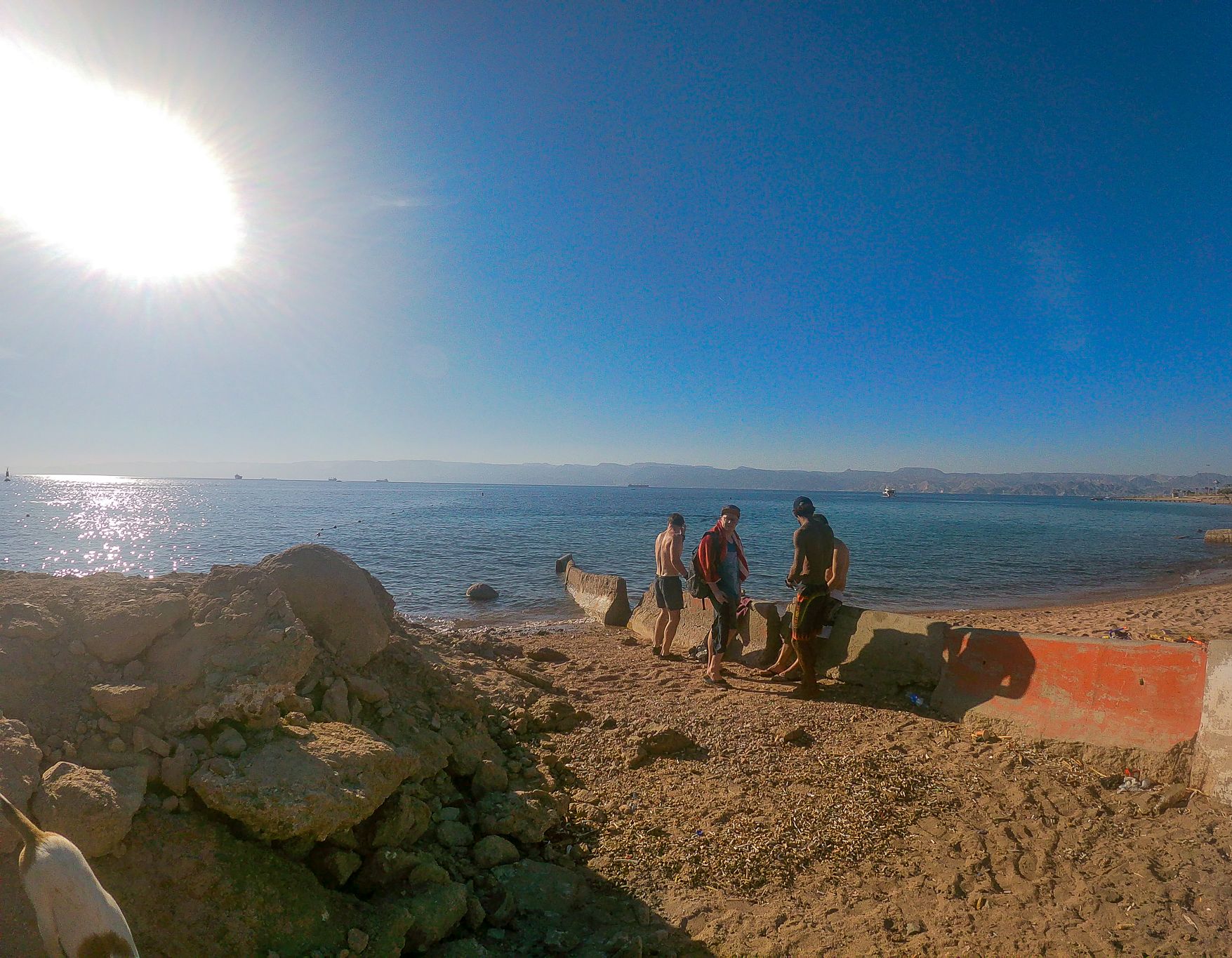 Which is not cleanest I would say. But the cheapest for sure. One small issue we were not sure to what hygiene standard they were up. For sure not the highest.

What the guys showed us was something a few of us have ever seen. An underwater life. That is out of this world, but plagued by the pollution and fighting to survive. 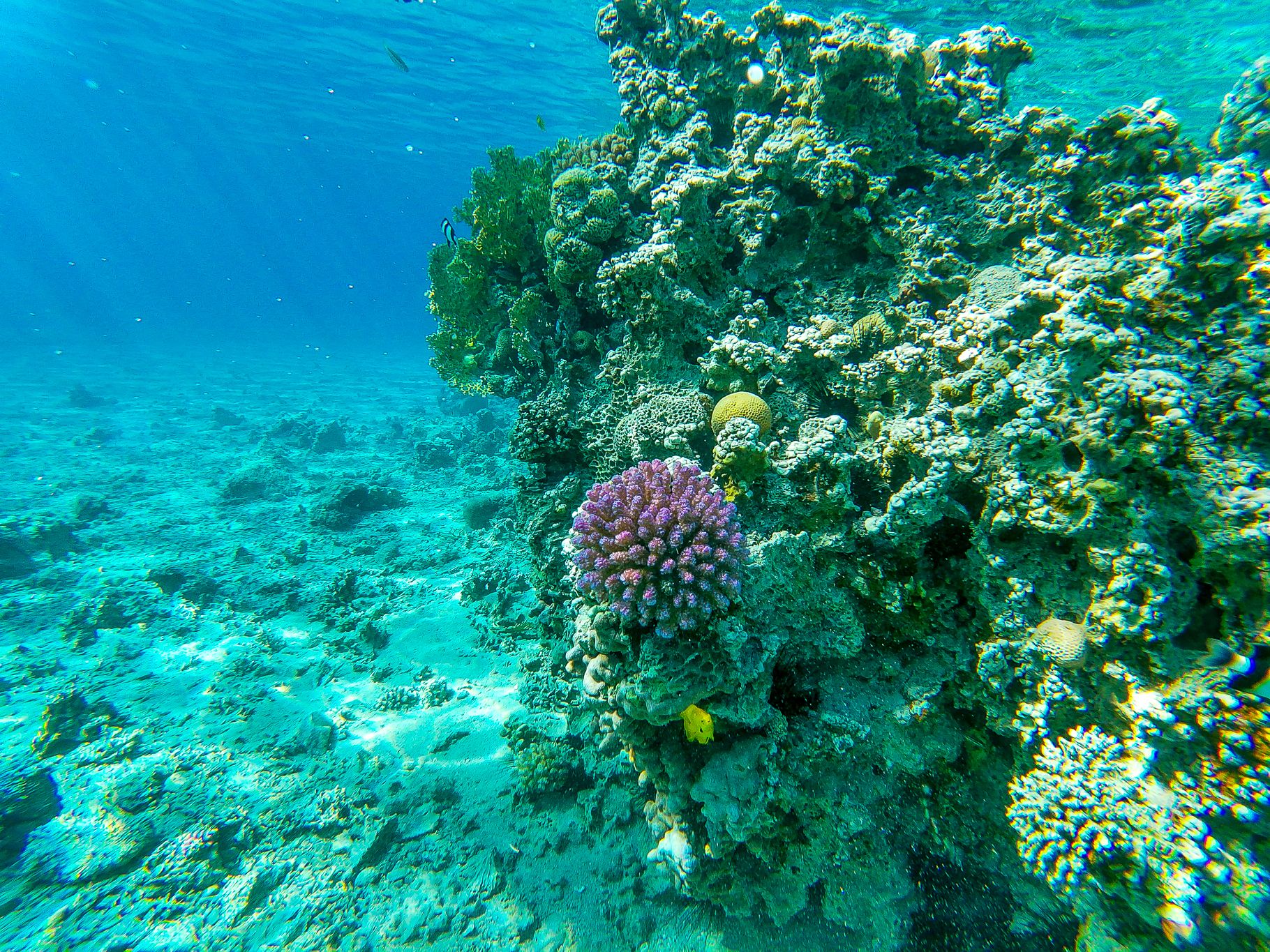 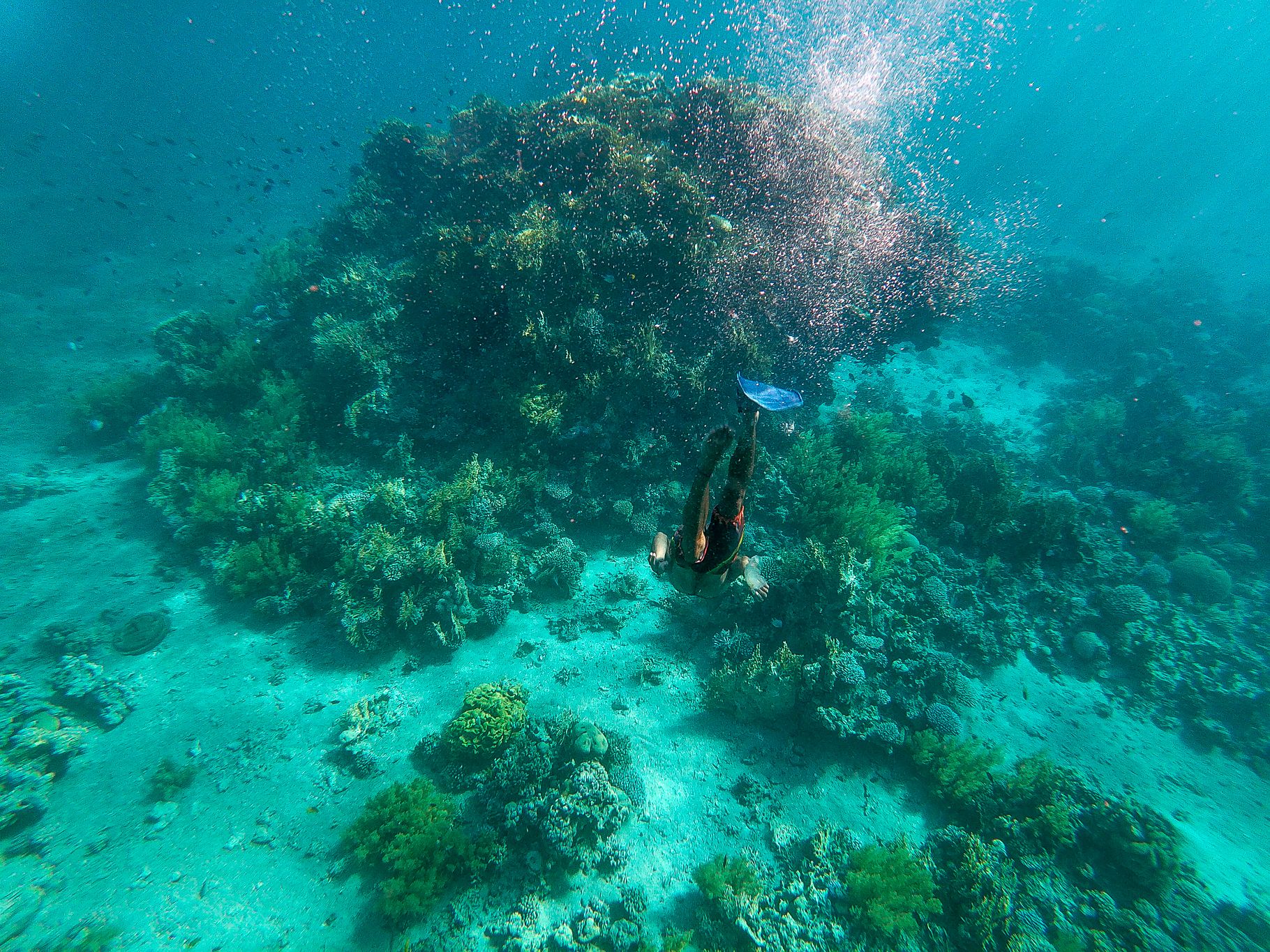 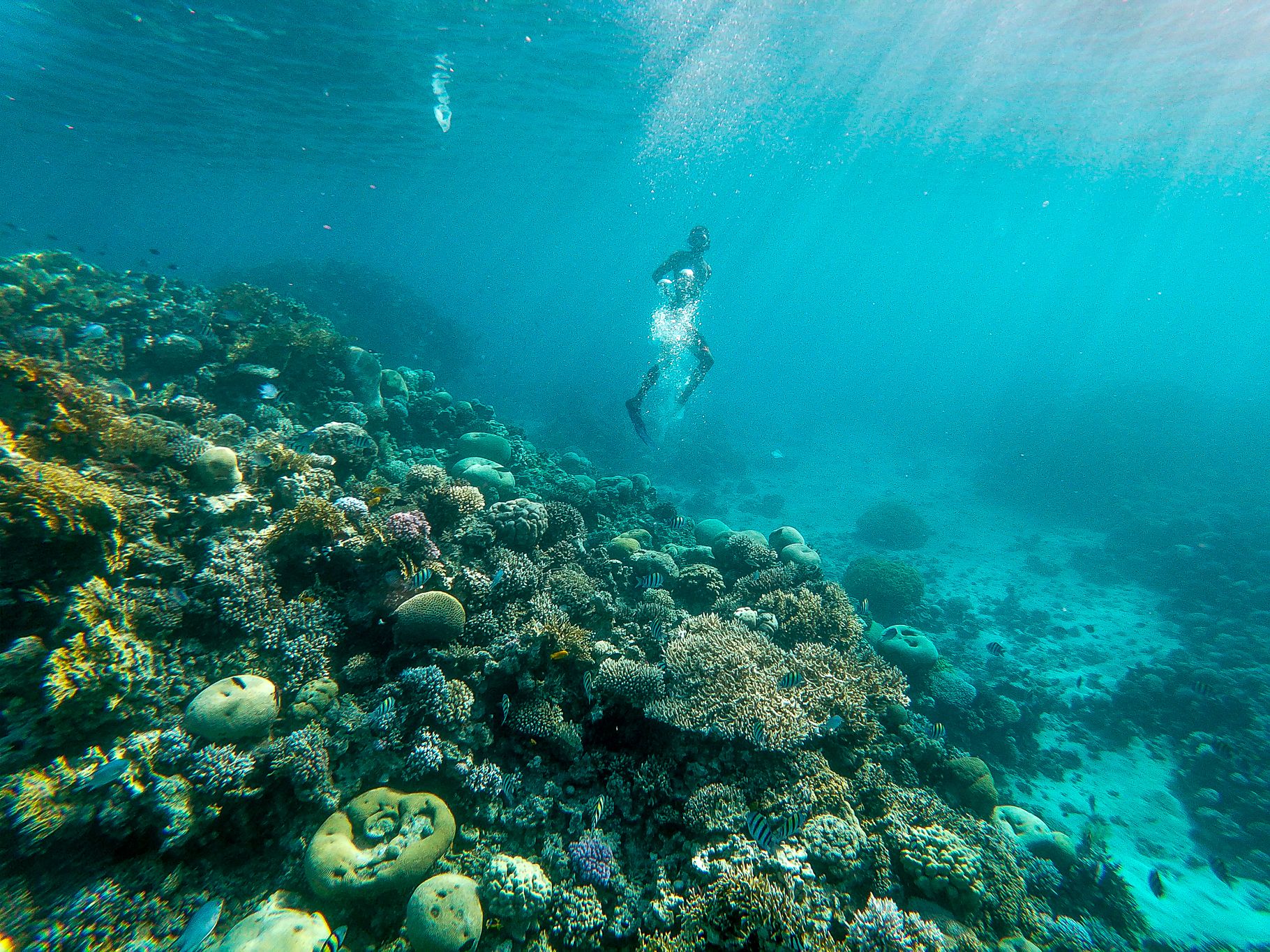 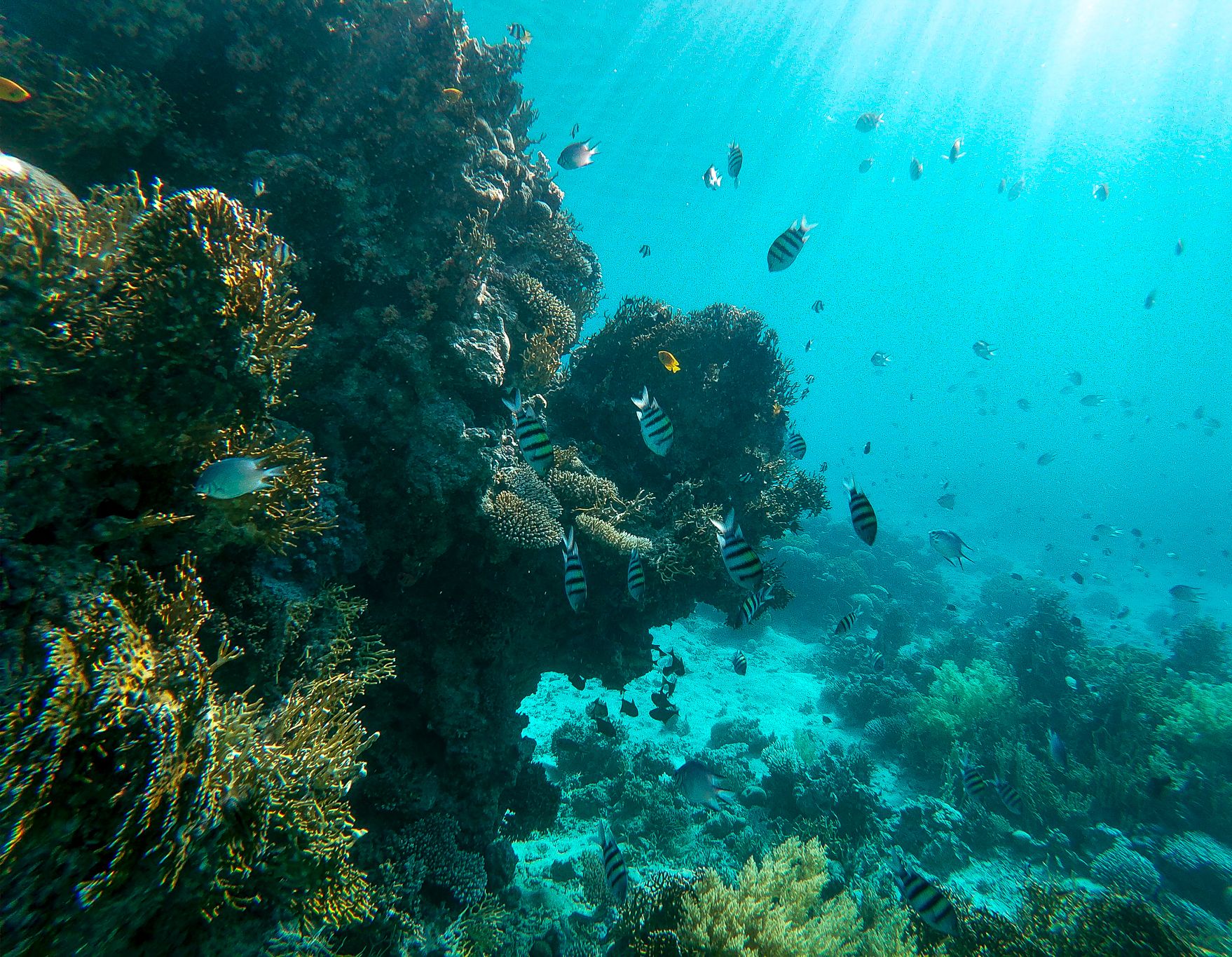 From what the local wise man told us the place used to be teeming with wildlife. Friendly sharks, turtles and other creatures of the sea that come to nest in the coral reefs.

The guys at Go To Jordan have a pretty detail map with all the diving and snorkeling sites – http://www.your-guide-to-aqaba-jordan.com/aqaba-dive-sites.html. The one above that we went to was the Japanese Gardens.

The End Of The Day

After having our curious mind sated we spent the rest of the day exploring Ayalas (Aqaba) local spice traders, food stalls and craft stores to see what could be brought back home. 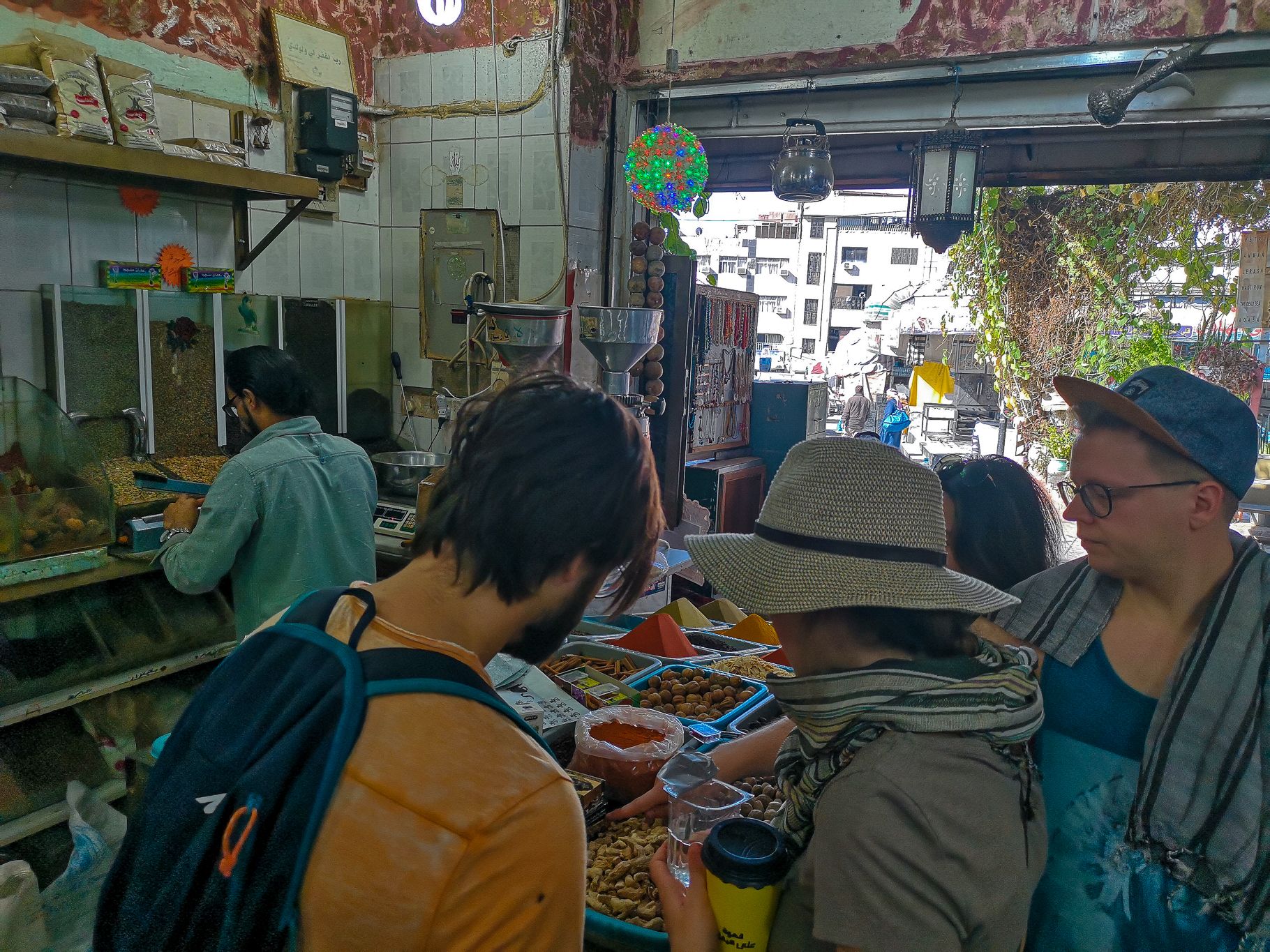 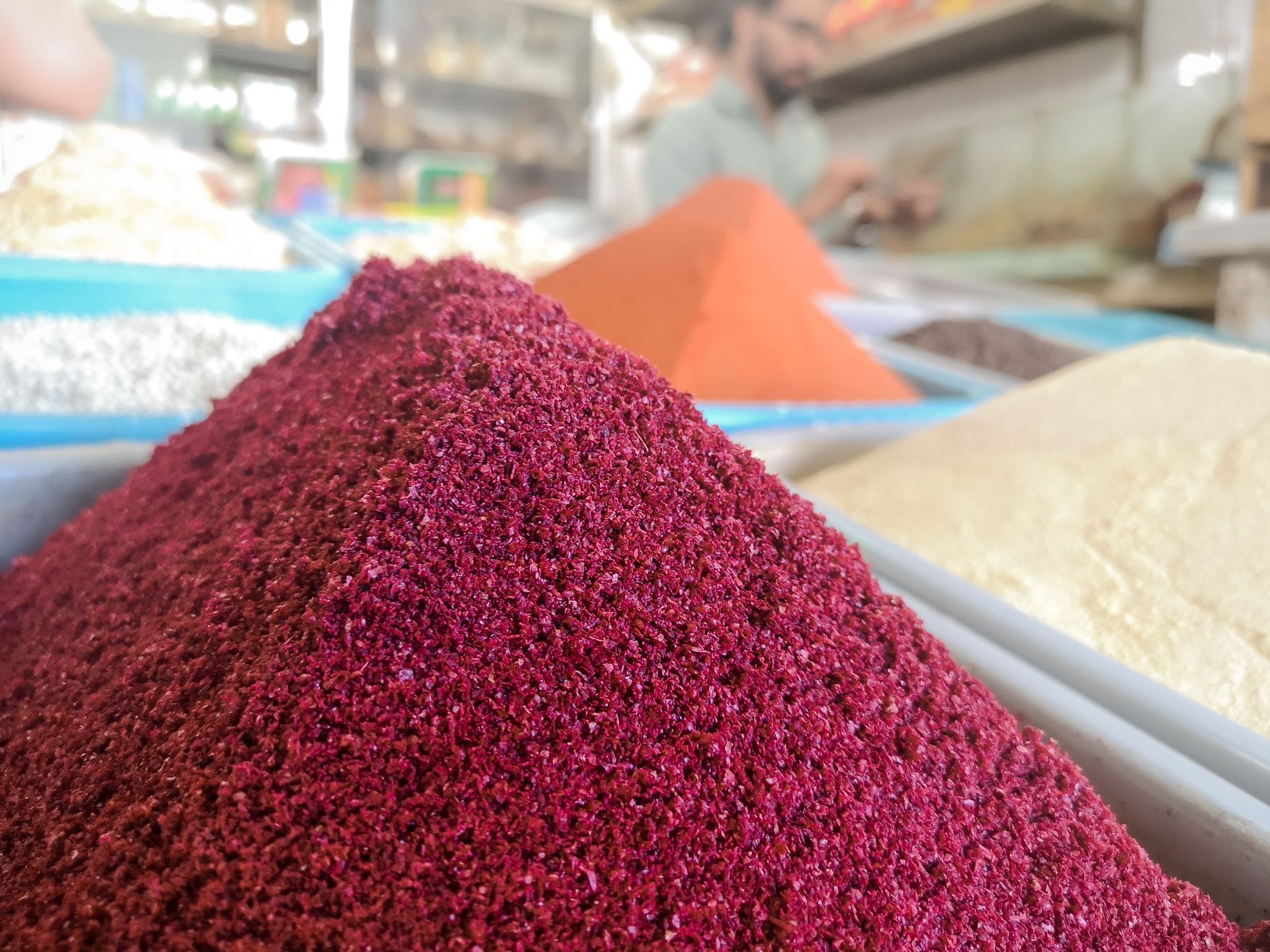 We found a trade table that was owned by the Bedouin (at) who traded in tea and spices from whom we bought our first spices to take home and 10 steps away we bought the first carpet that we took home. 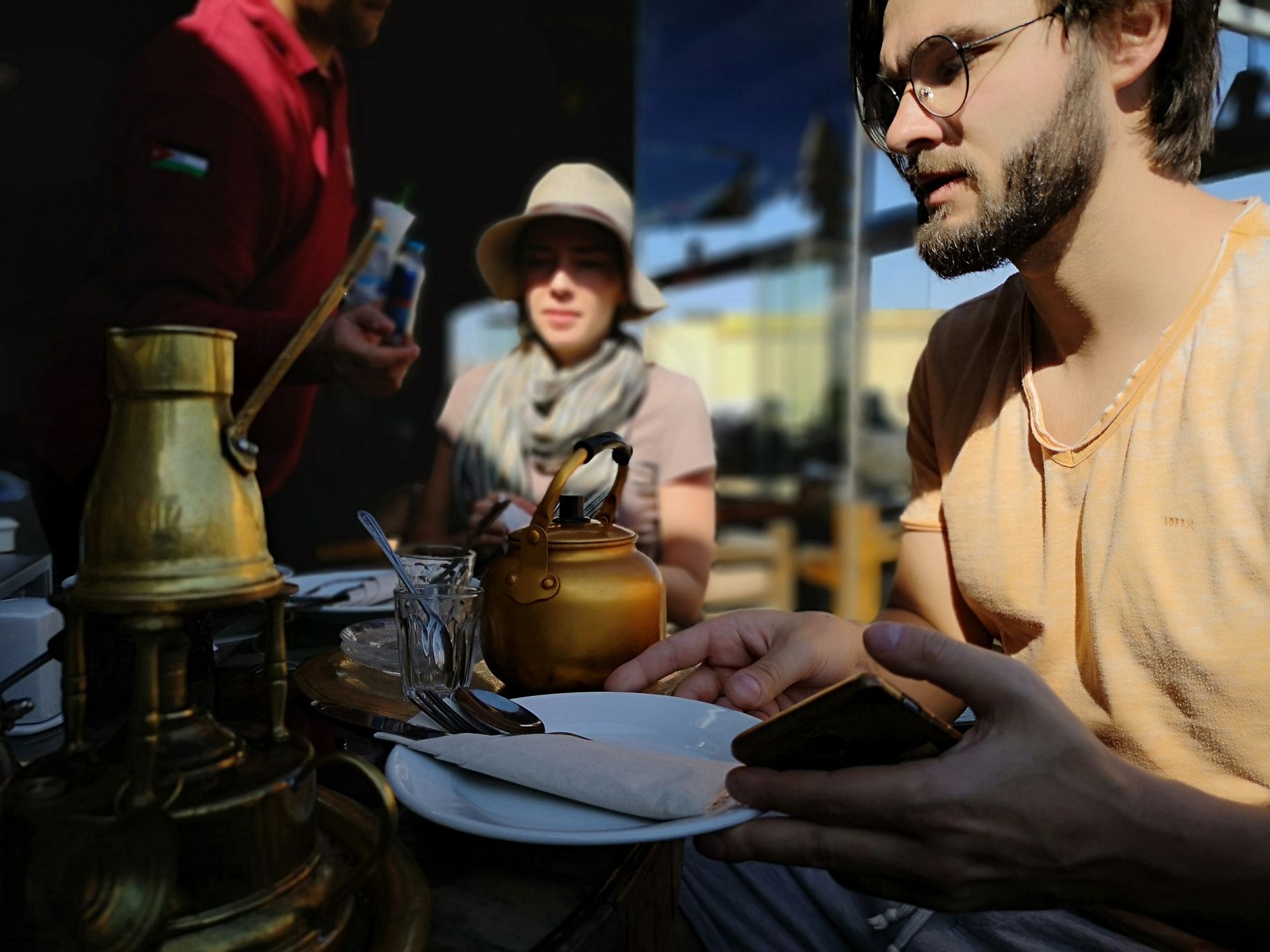 The best part of all was the surprise the locals gave to the foreign explorers – they accepted us as friends that arrived from a faraway land. With warmth, smiles, and kindness. Very few places offer such a greeting. 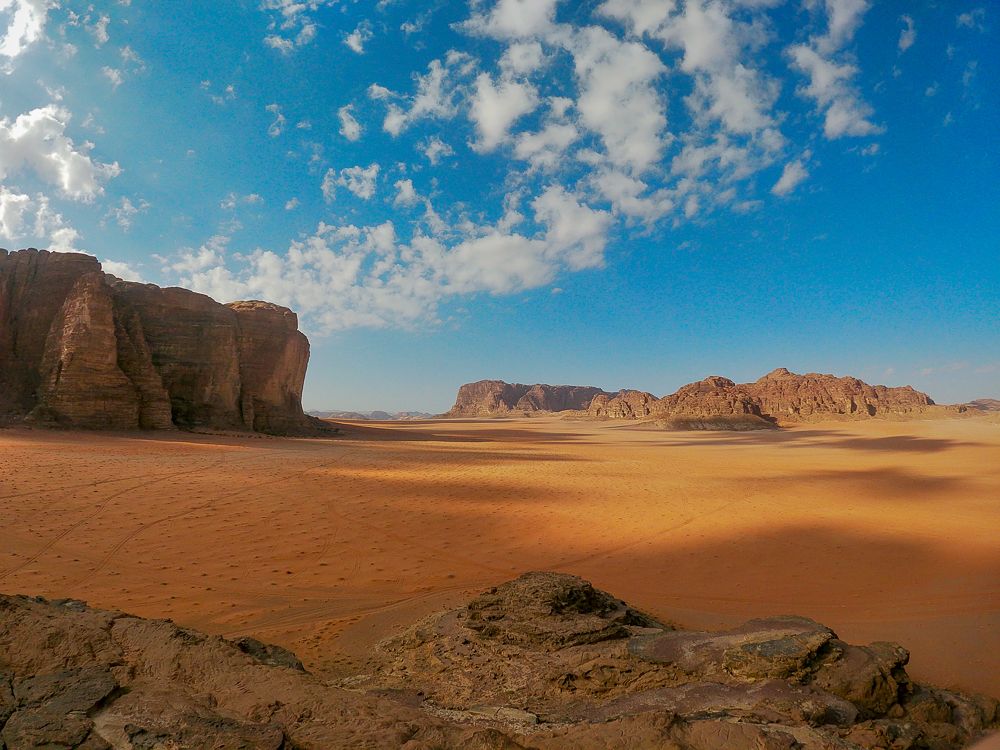 […] our humble rest in Aqaba, our group of explorers decided it was time to leave this ancient town. All the sights have been […]