|In Other Adventures, Day Hikes
|By Simas Radkevičius 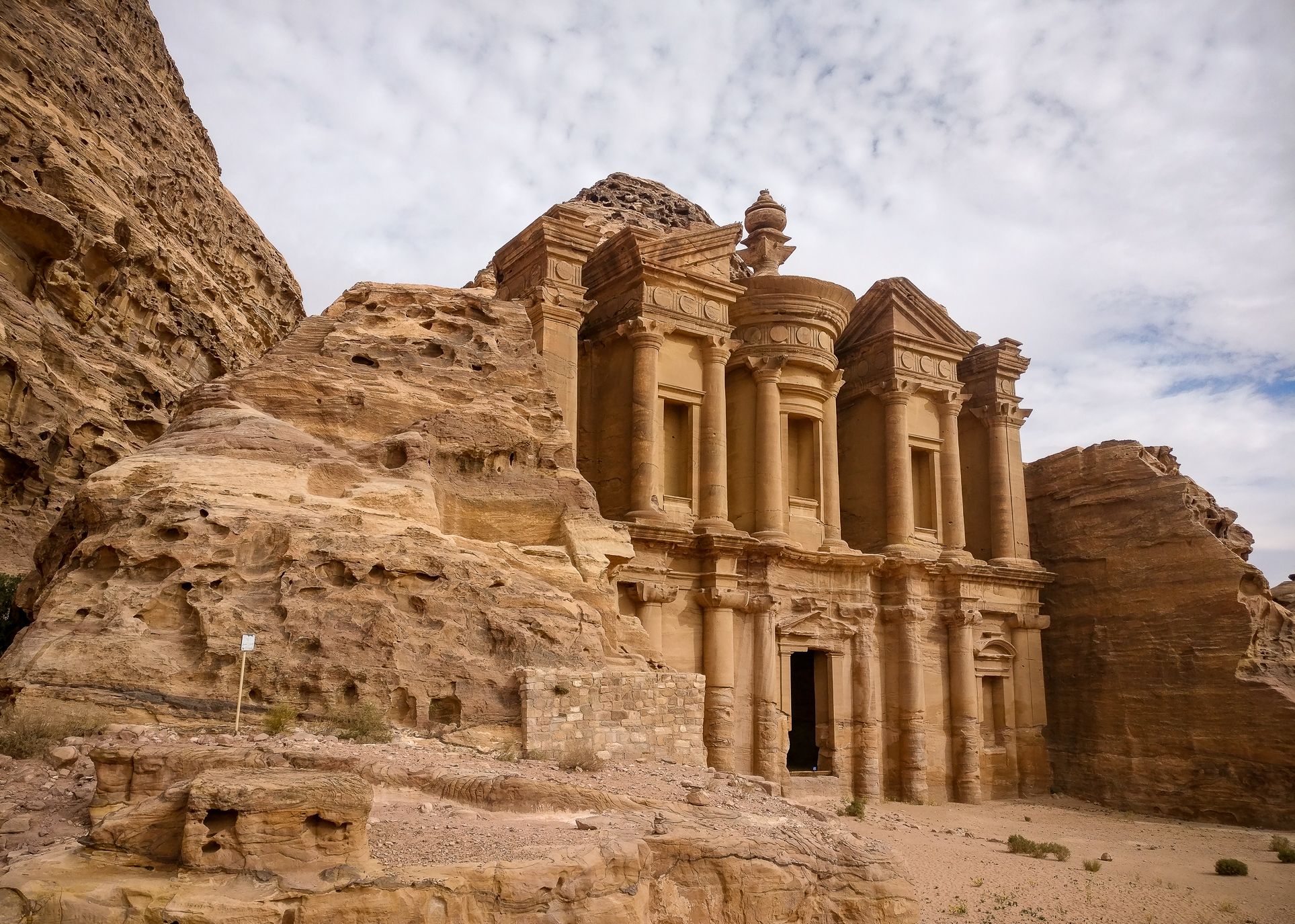 Petra is an ancient city that had many entrances in and out. However not every access point was available for the public. Today we took a roundabout to enter Petra through the backdoor. Which I would like to imagine that smugglers, spies and other types of people used to enter unnoticed. A route surrounded by the mountains on all the sides with a small trail leading to the main Monastery. 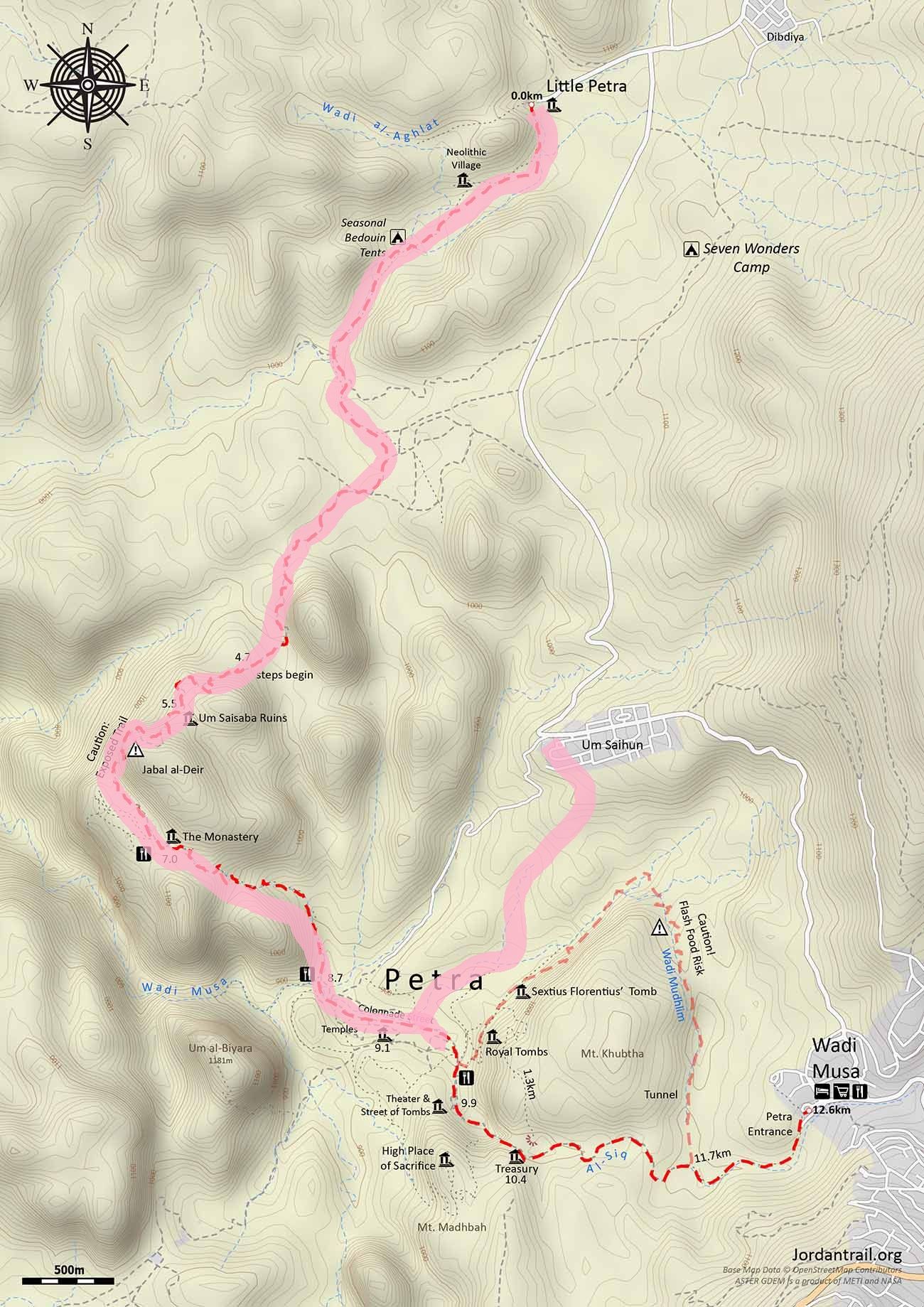 I am of course talking about the back entrance of Petra. Even now it is advised to go with a local guide. There are no signs marking the way and many Wanderers have already lost their way. Requiring local Bedouins who know the land, like their own hand, to go and look for these poor fools. 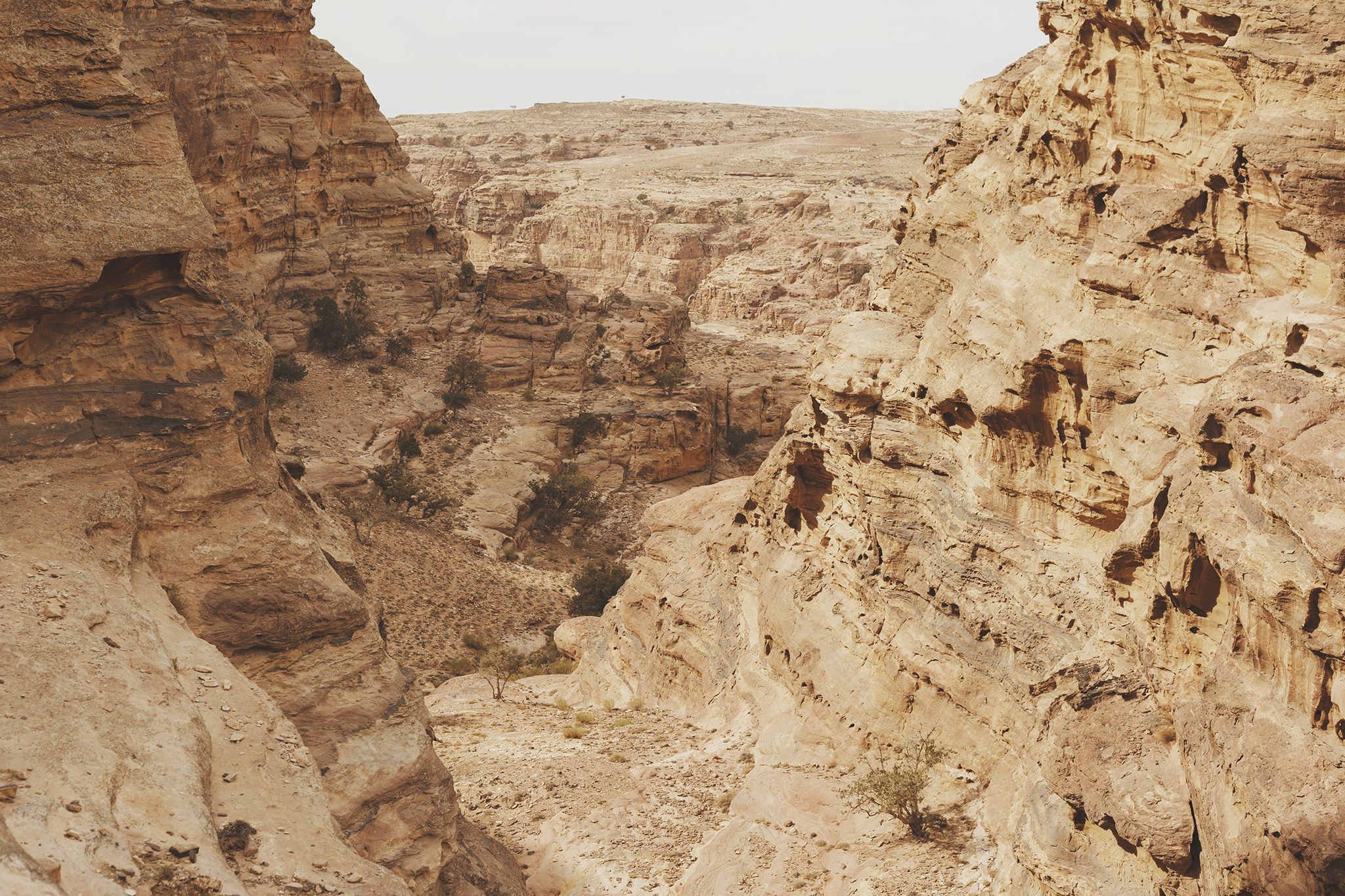 It took us a better part of the day to reach the back entrance to Petra, through the wild trails, magnificent panoramas, and ancient sites older than Petra itself. We started the hike from our dwelling in Little Petra and our kind host took upon himself to lead us, share his knowledge of the place and show the beauty of the land. Our guide who took us through Little Petra and all the way across the wilderness of Petra desert was dressed in a brown tunic and dress shoes. It seemed like he was strolling through his garden rather than going on a hike through mountains. Everywhere he looked was his home. 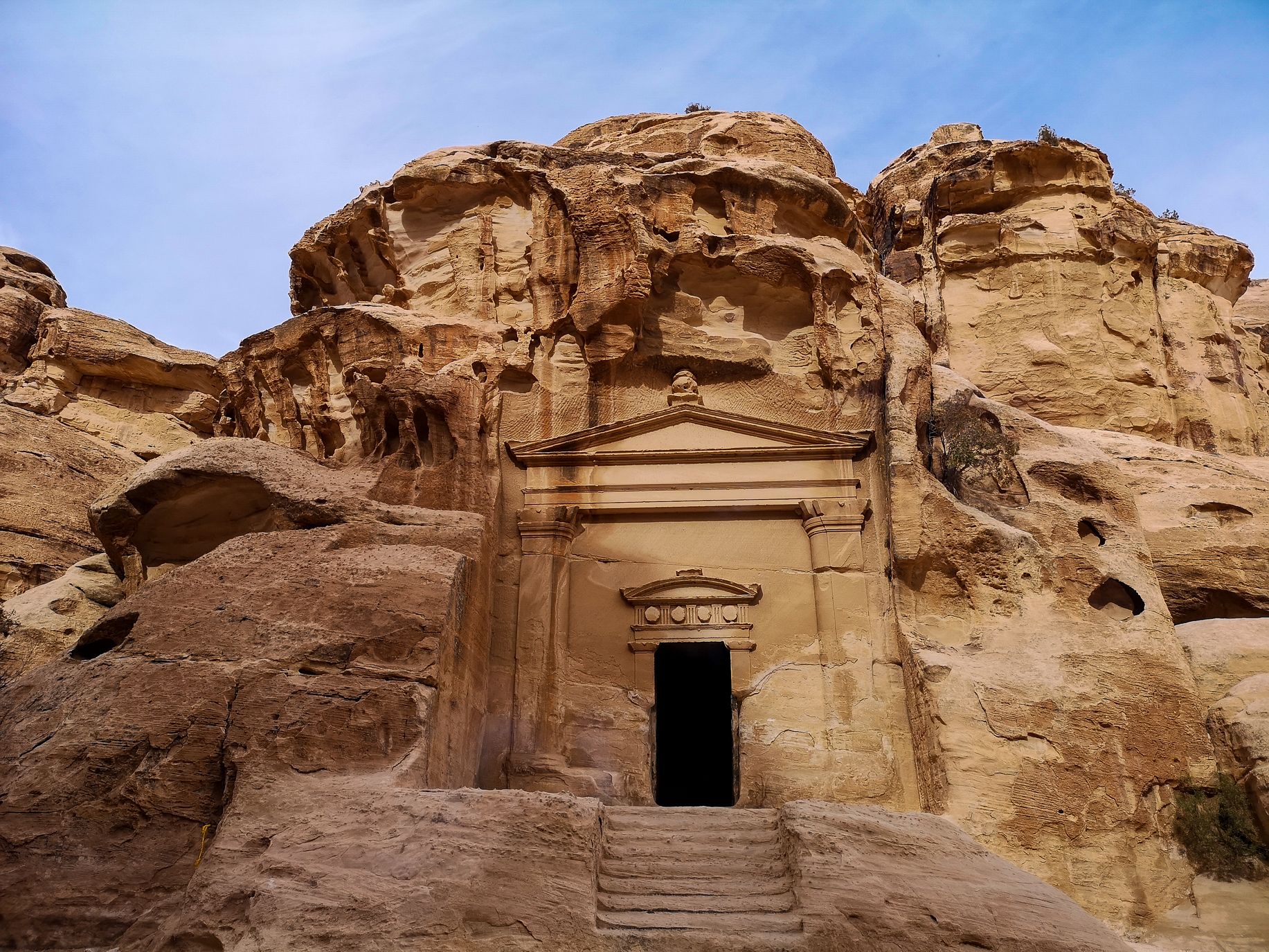 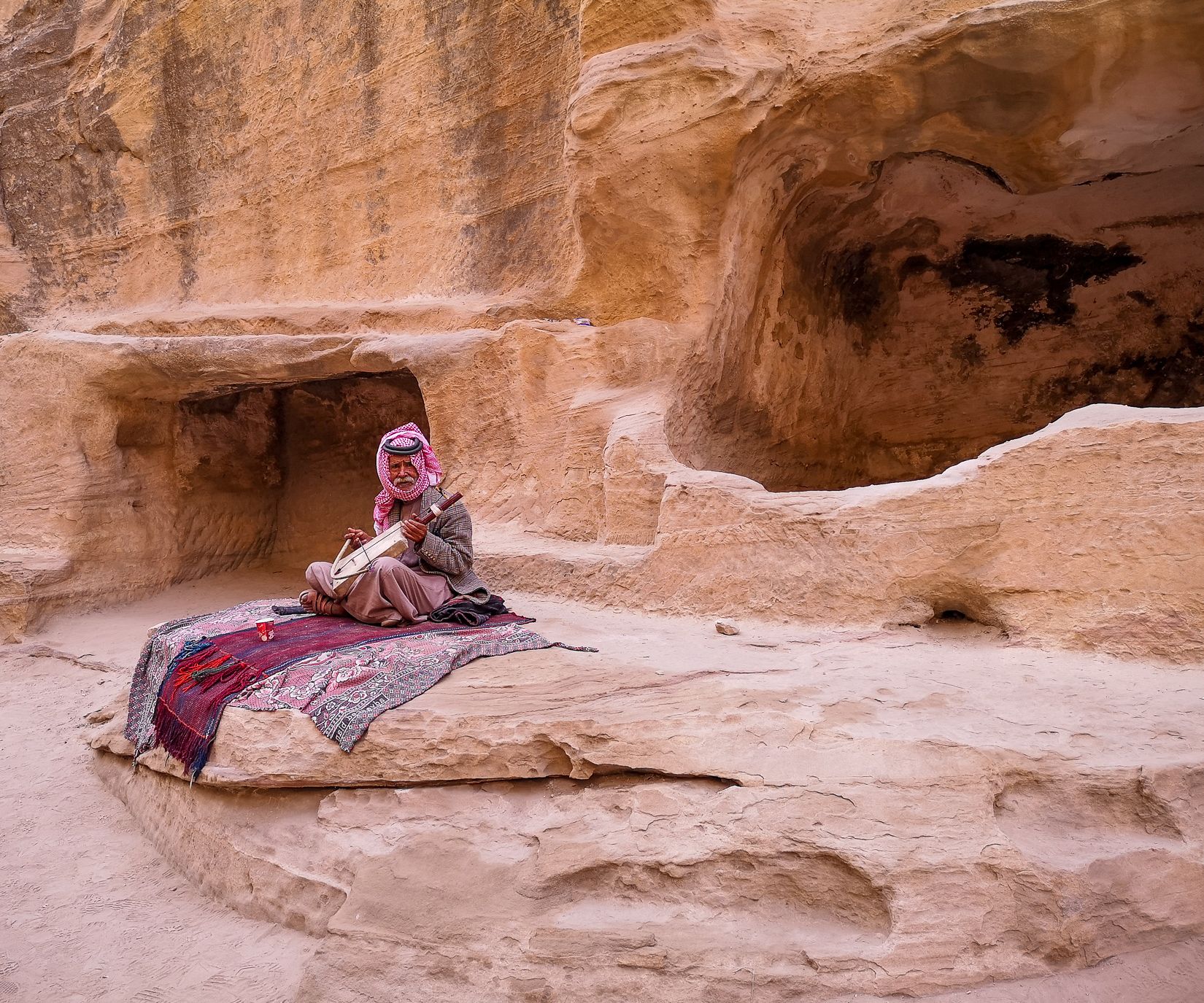 He led us through the trail that only he knew and told us stories of his family. How they used to live. How some still continue to live the Bedouin way and how some have integrated into the city life. And some who live in the city but can’t handle the city way and the city way of thinking that every then and now they go back to the caves or deserts to be alone with the nature to connect back with the ways it has been for centuries. 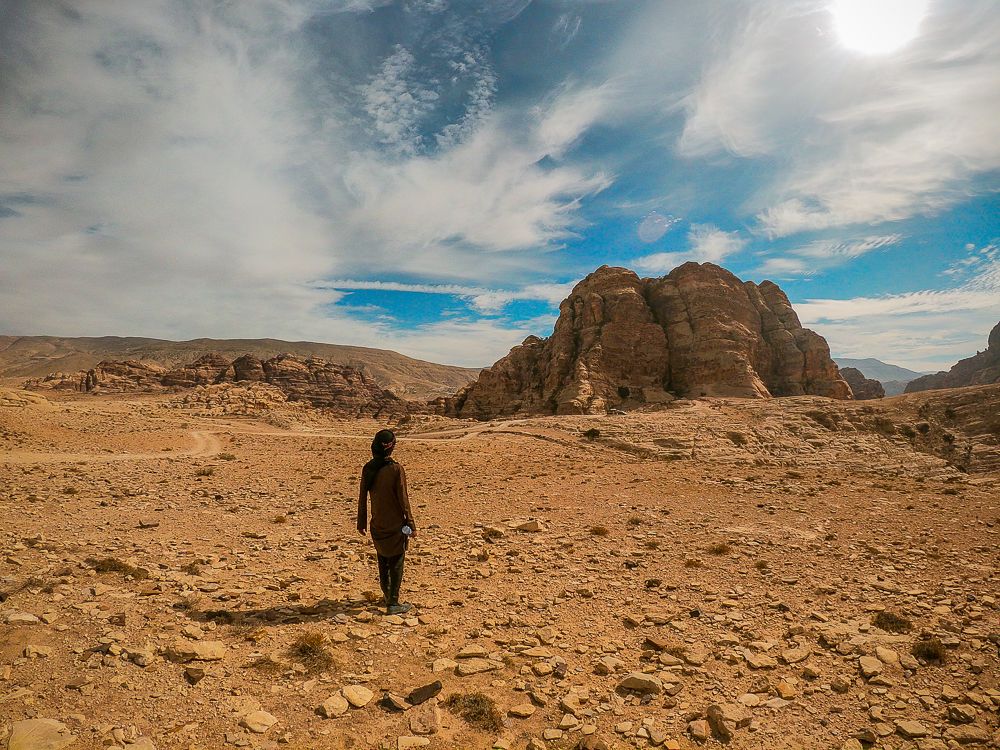 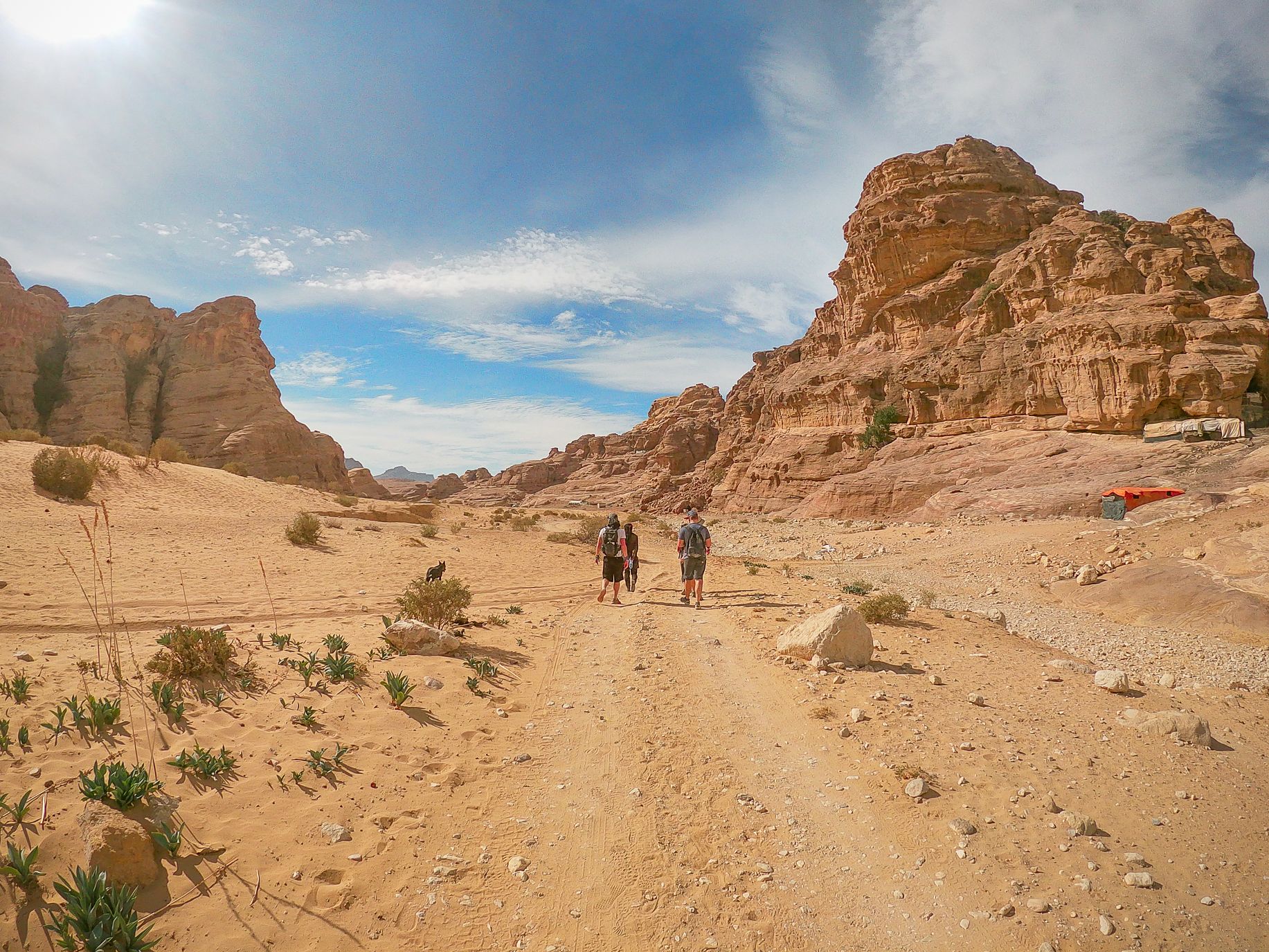 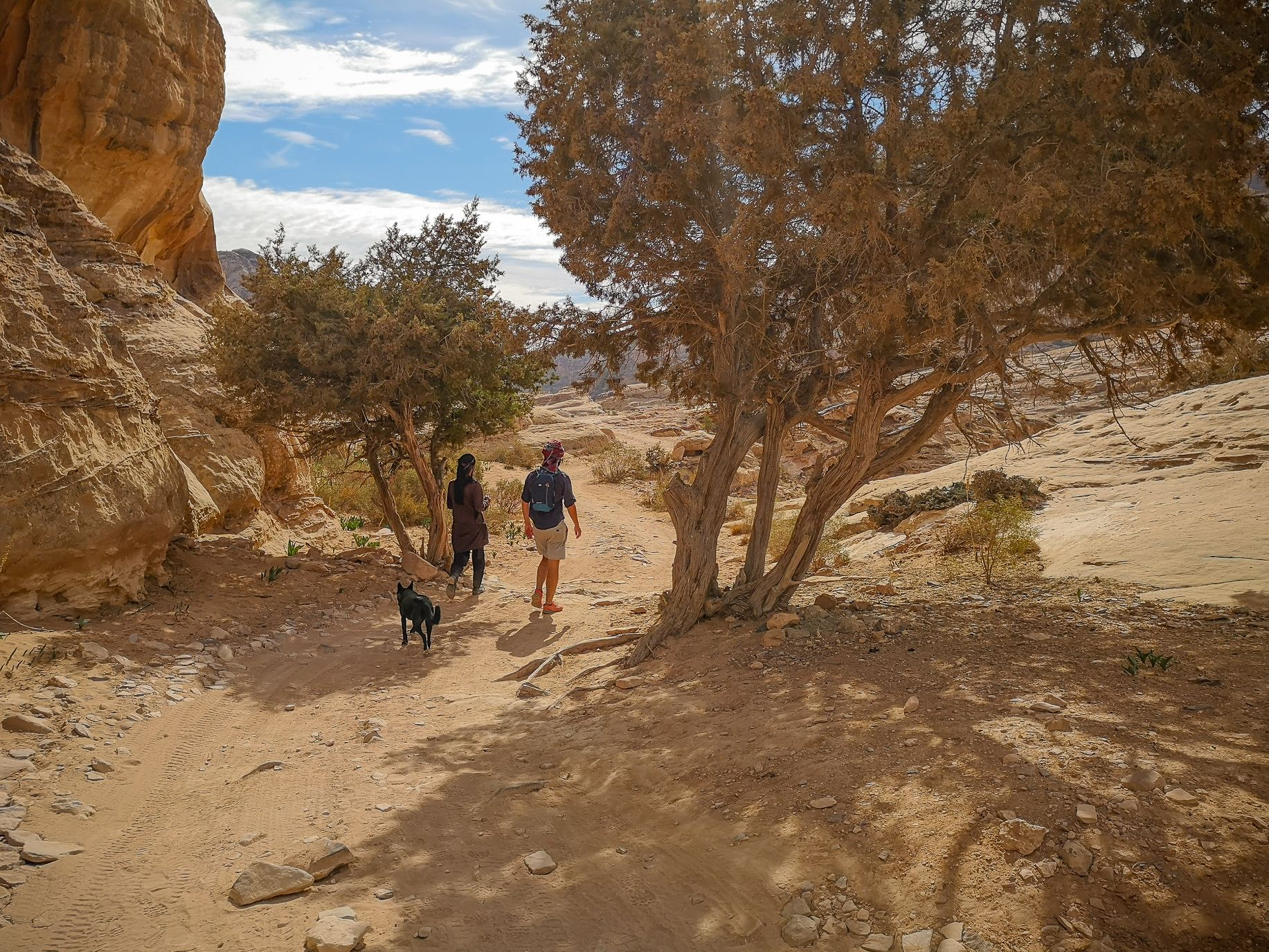 He led us and we followed. Until we reached a couple of women selling scarfs on the way. I can admit we bought some. I was not very keen on having hard negotiations because I saw in my loved one eyes the desire to buy them and the unwillingness to part. He showed us the remains of the game that none remembers exactly how to play, etched in the stone. He showed us stones that can be grinned and used as make-up and also shared the water collection secrets of the ancestors. 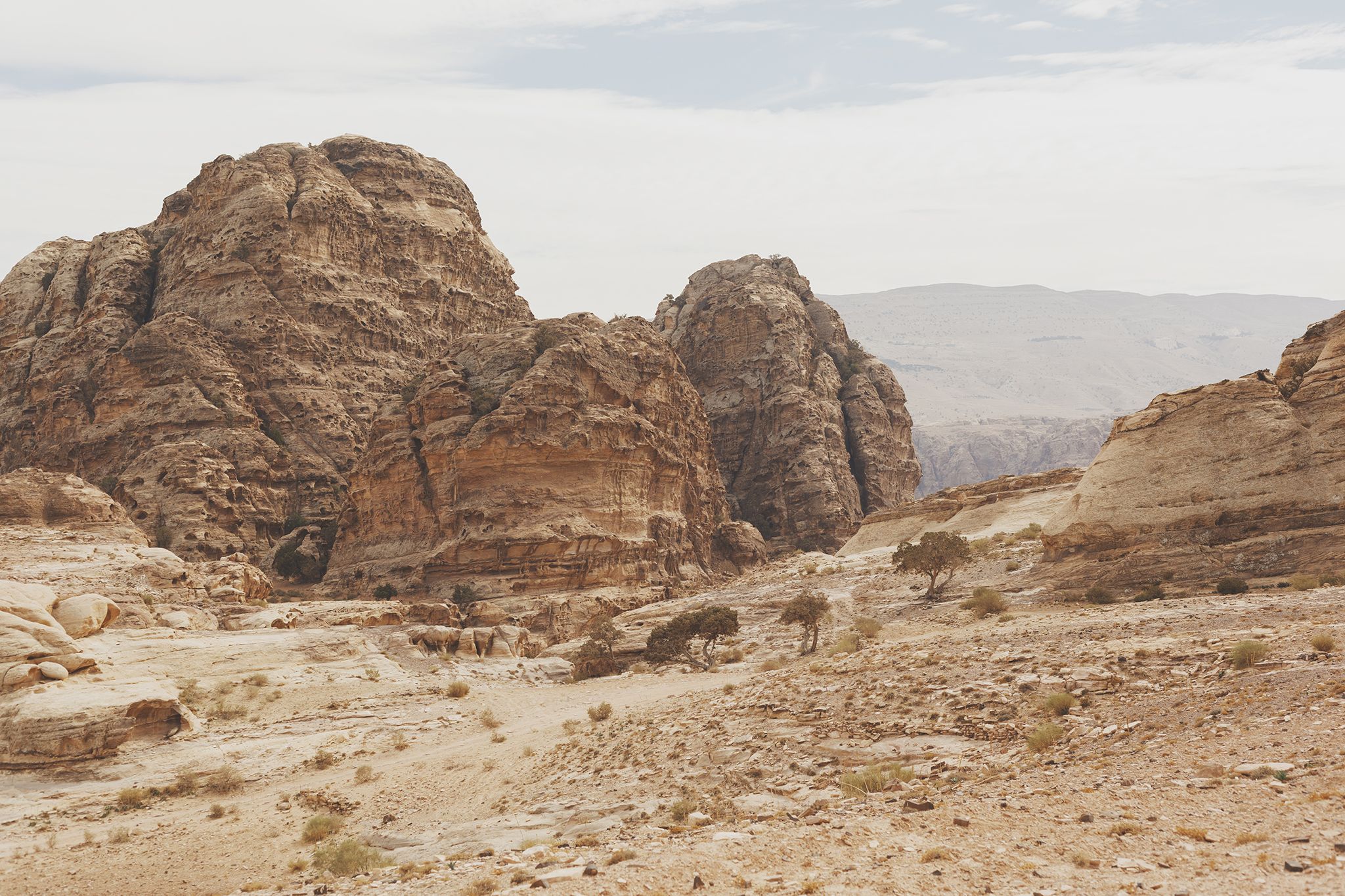 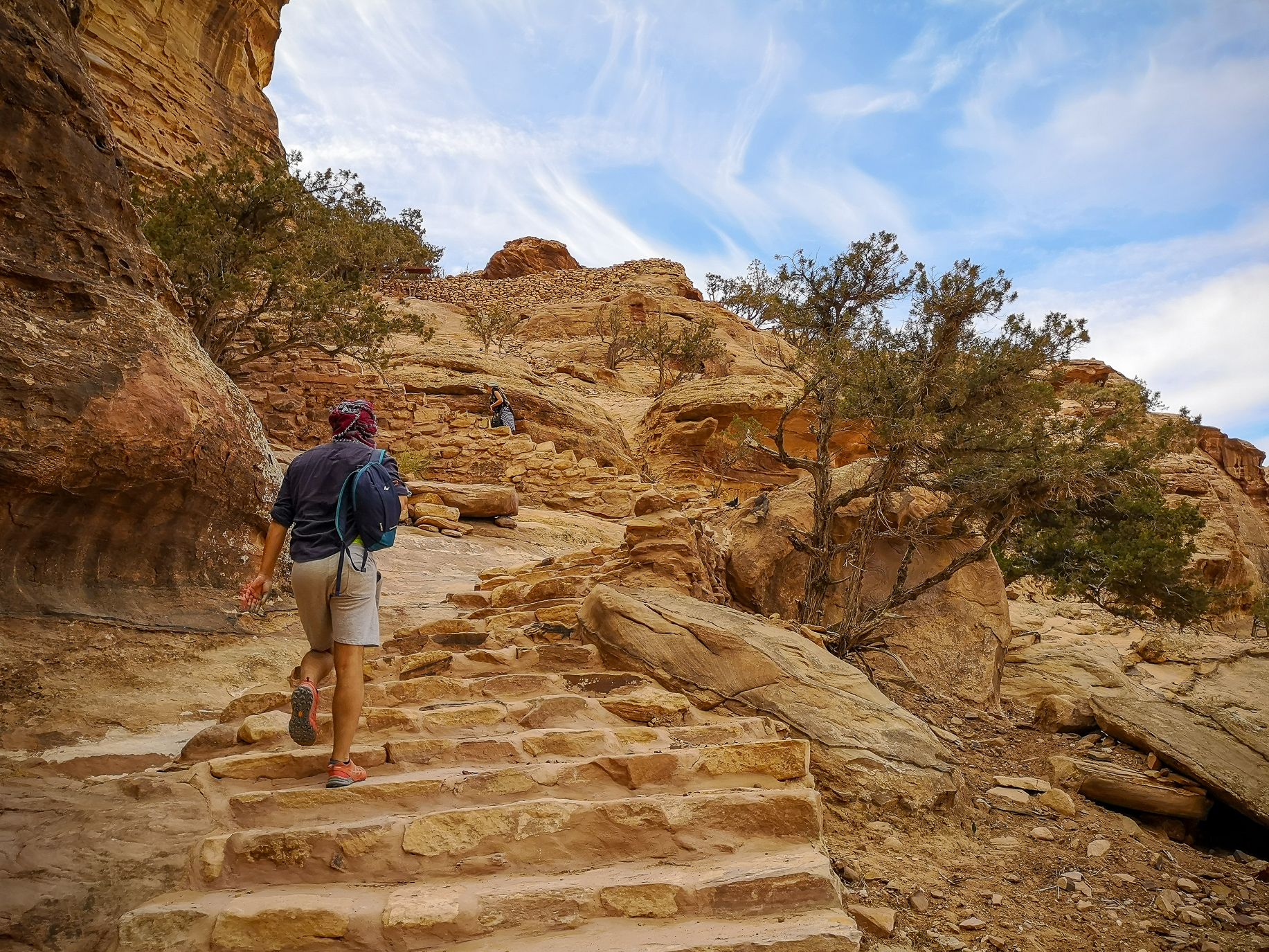 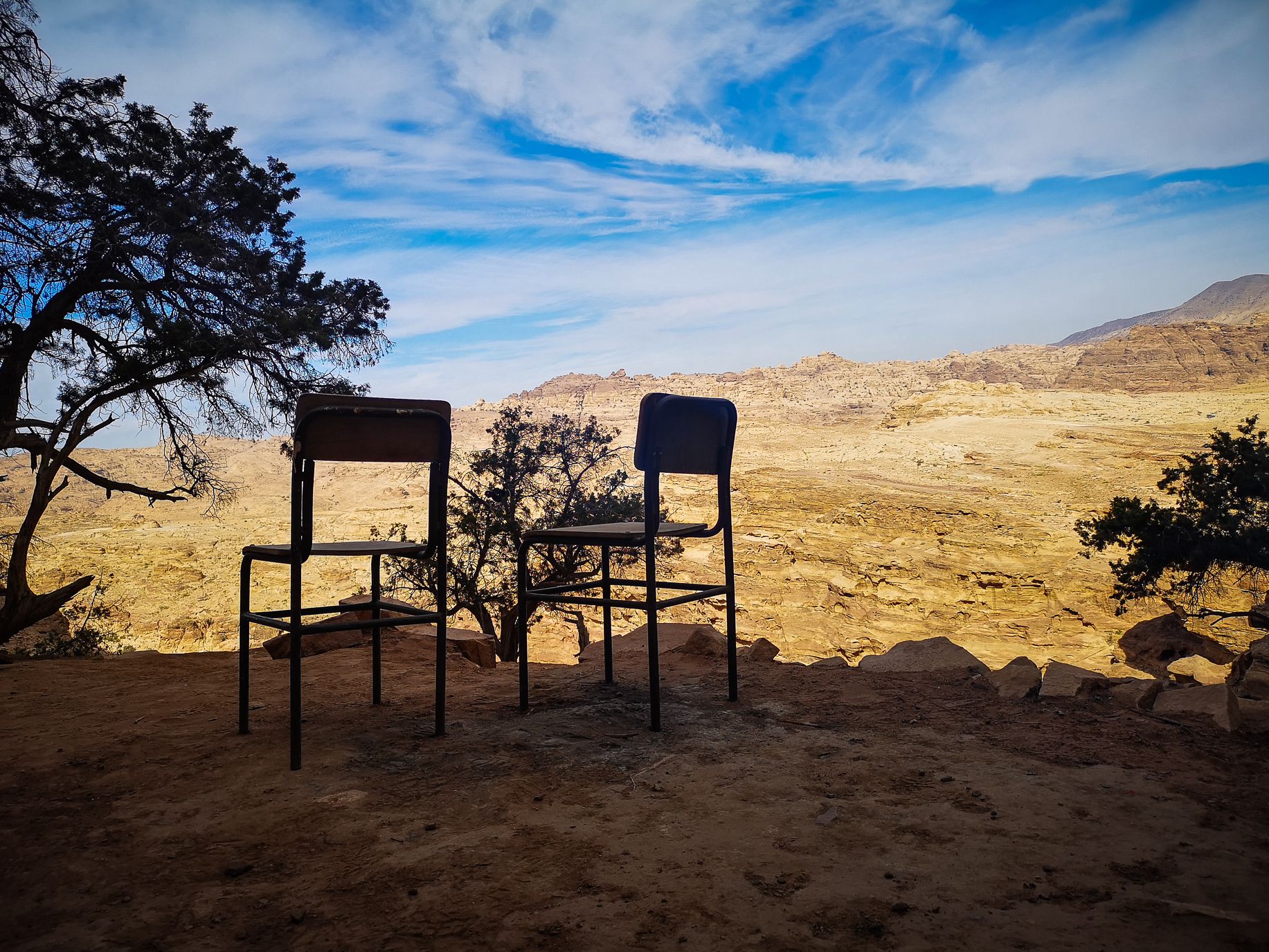 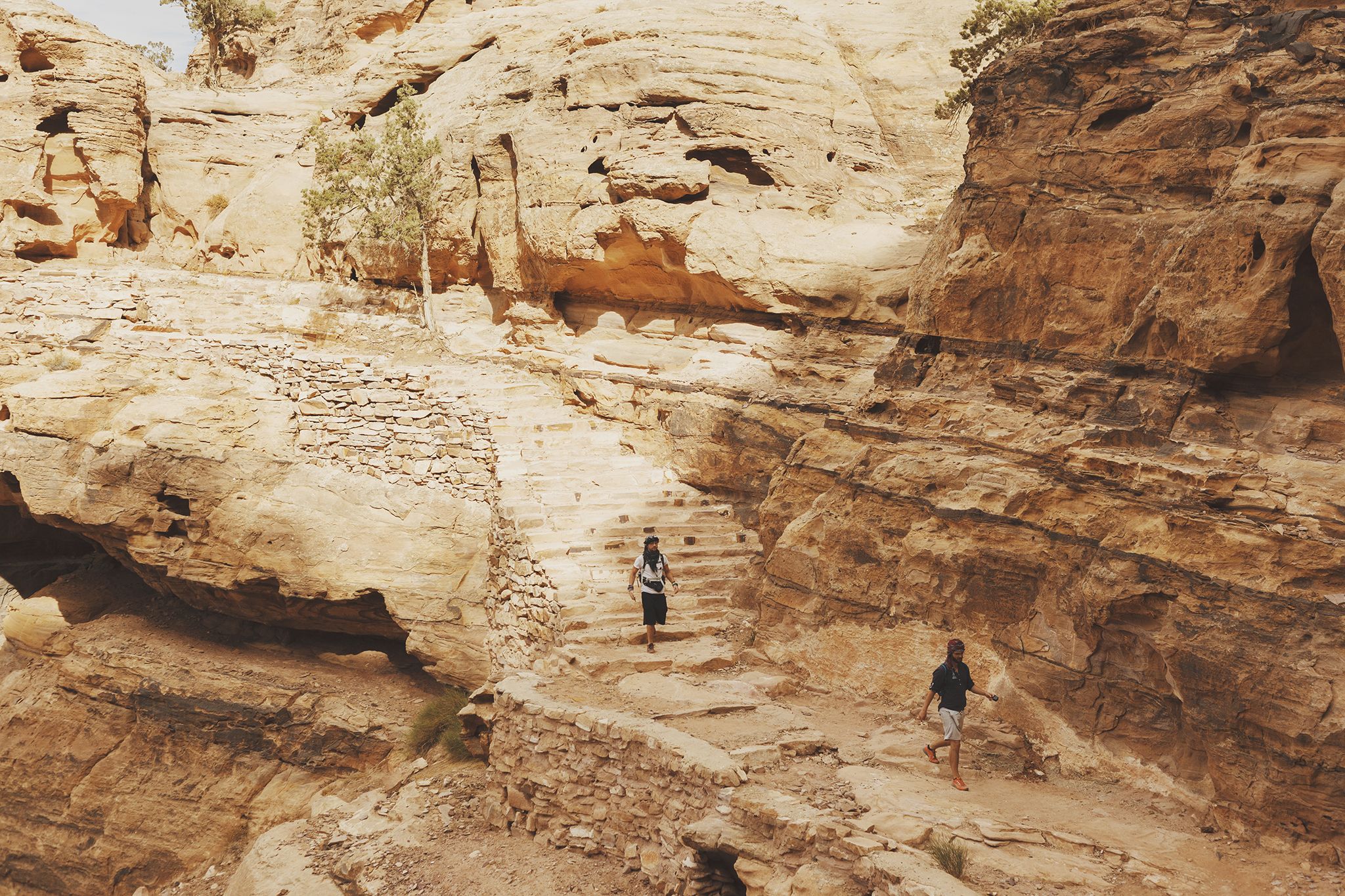 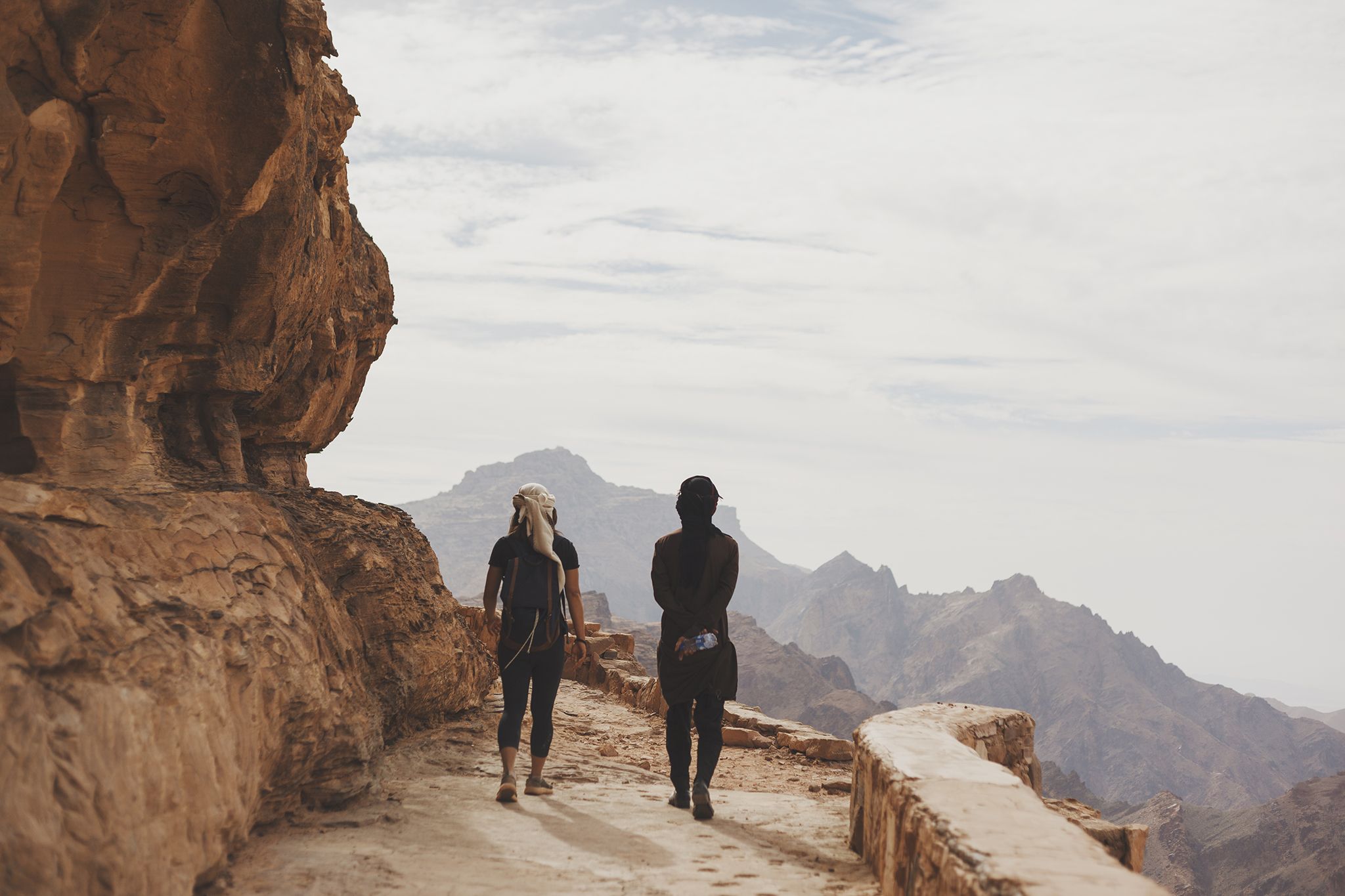 And at the end he took us through the trail that is etched at the side of the cliff leading to a spot were temple carved in the stone is revealed. There to be observed in awe. Standing with an aura that pulsates congratulation traveler you finally saw a wonder.

The view took us by surprise we felt like kids getting a toy we wished for.

Once we got released from the spell of the temple we set off. 990 steps down to the center of the city. Were our guide showed us the constructions of the Nabateans, Romans, and Constantinople. How each has built on top of the previous culture and how the city grew in its magnificence. With intrinsic water canals and sewer system running below the city. 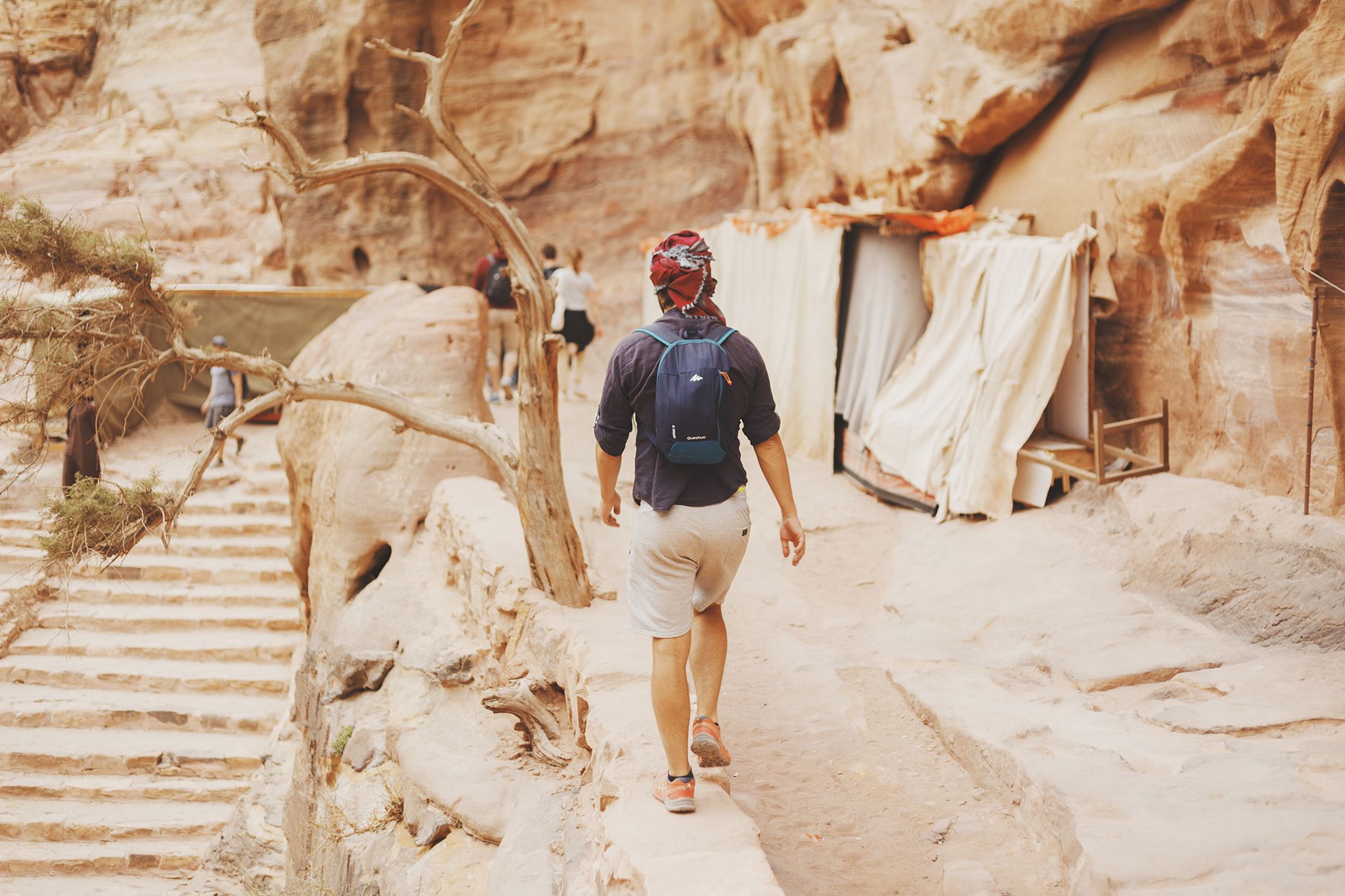 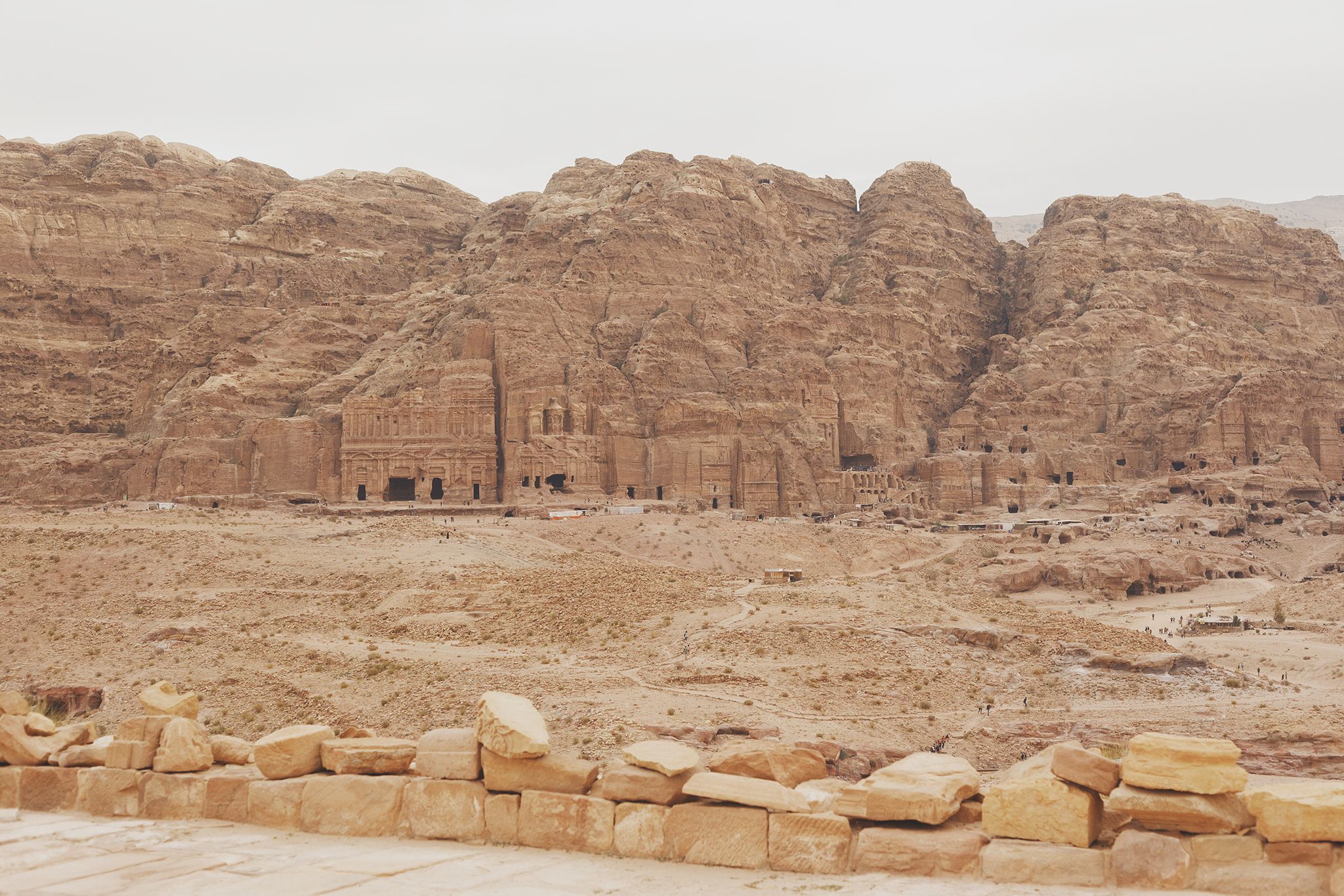 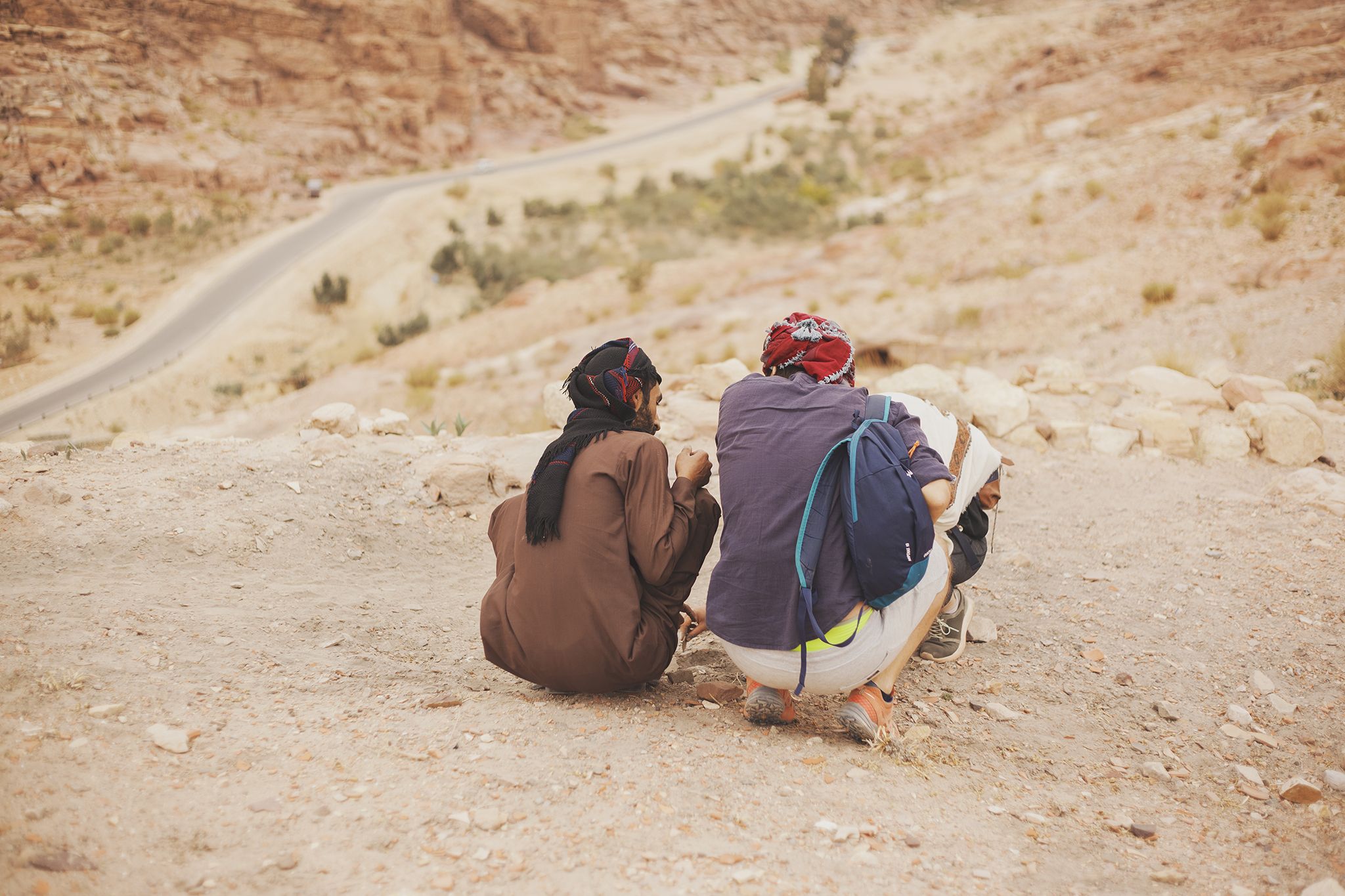 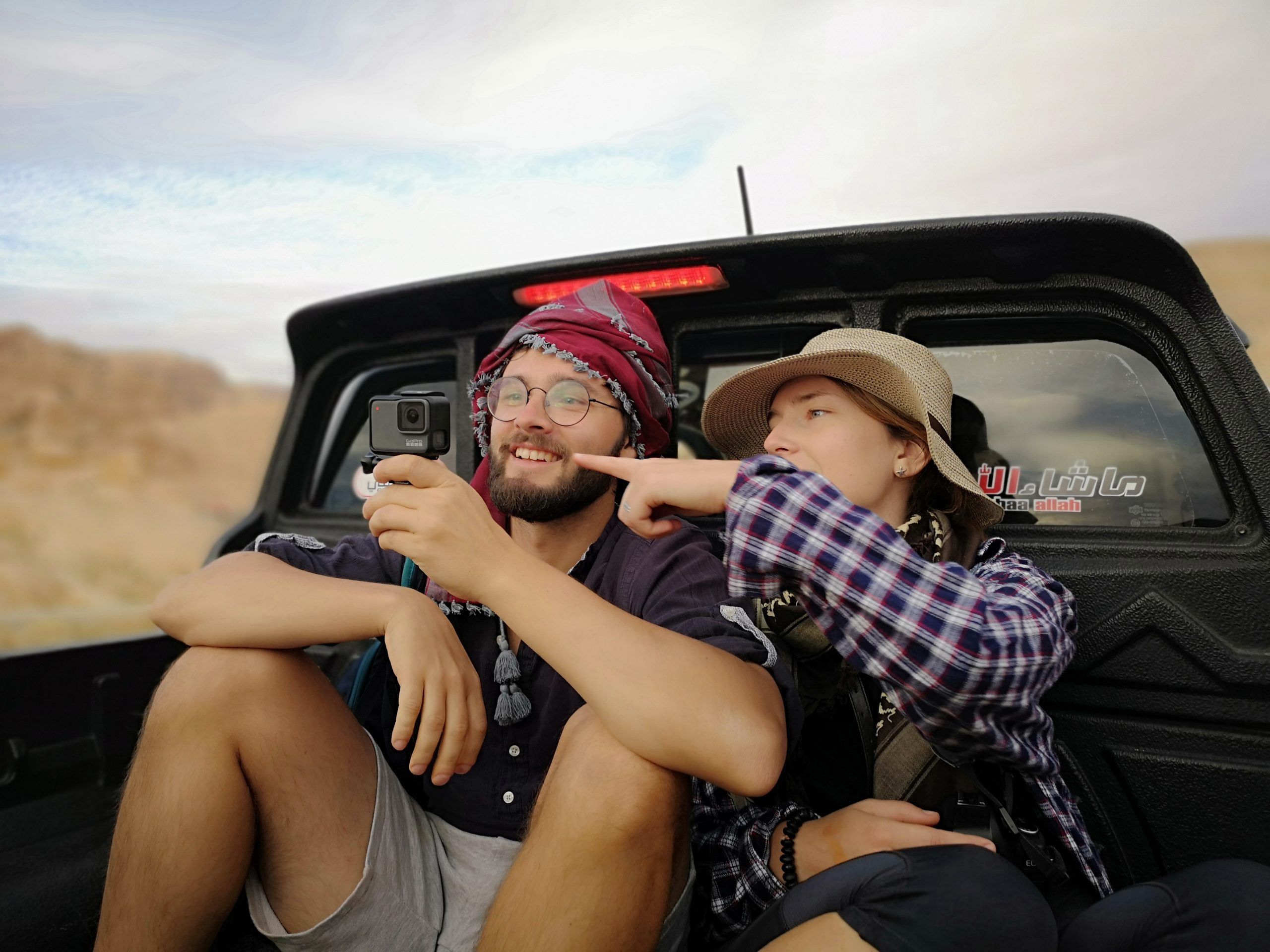 The day was spent gloriously with plenty of new experience, knowledge, and spirituality.

P.s. Pictures are all originals. If you would like to copy or use them you have to get permission from the authors.

Thanks for your blog, nice to read. Do not stop.