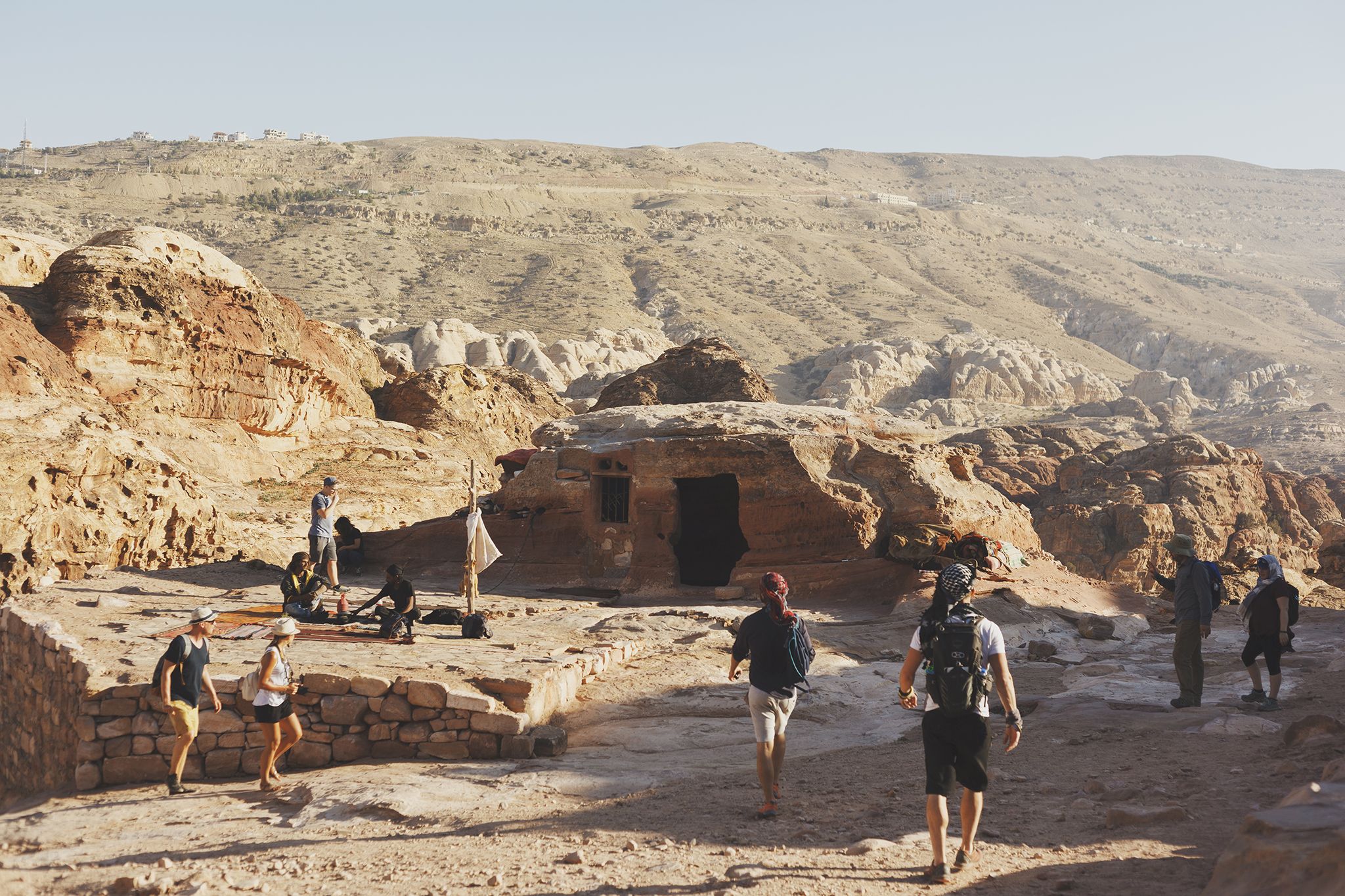 “This way. Use the stairs on your left” we hear the two Bedouins who identify as brothers say to the passing tourists. Not the brothers as we know but as they say, life brothers. They both live in a cozy cave on the top of the mountain that reminds me more of a Flintstones house more than a cave. Right above the canyon that leads to the city of Petra. 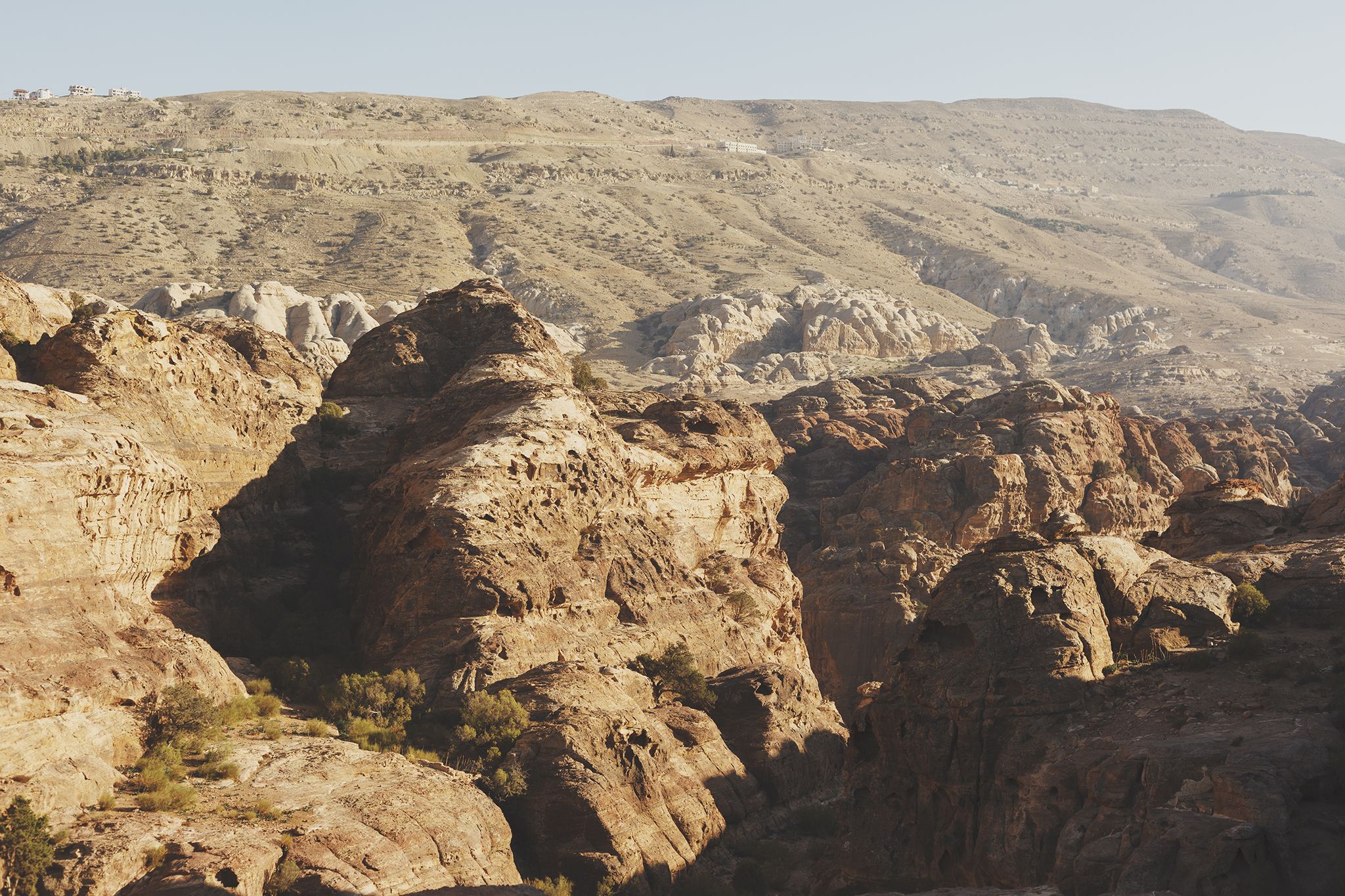 They also do not forget to invite every passing tourist to sit down and enjoy the cup of tea. However, most do not and miss a great chance to get a glimpse of life the ancient people used to live by and listen to the stories they have. And for those few lucky to learn, if they are willing to listen and have an open mind. 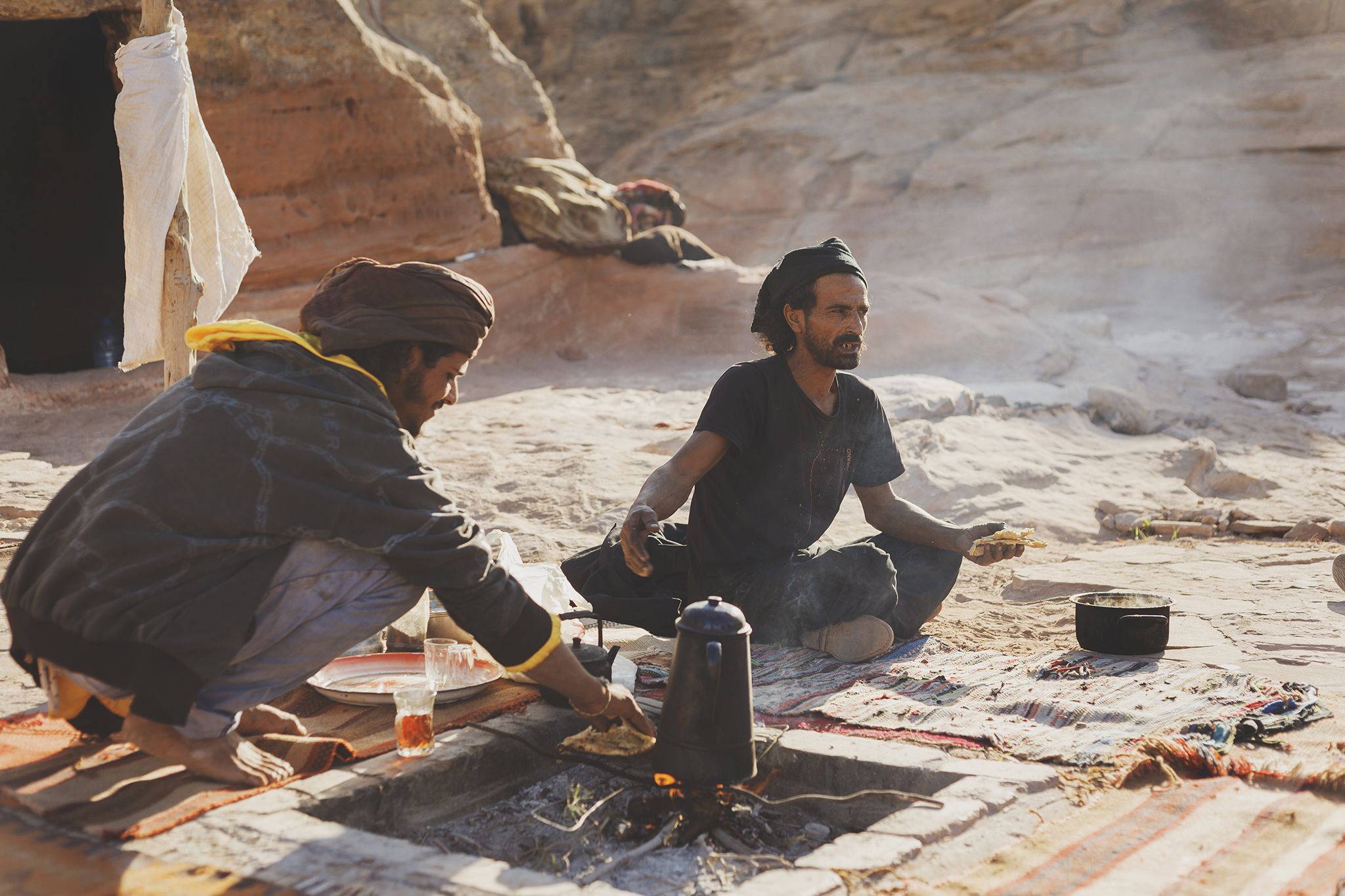 We happily agreed to their invitation. However, we were not as open and kind as these two Bedouins. We had some tainted thoughts and reservations. We had to ask impolitely “How much is the tea?” to which they said, “It is free or if you want you give what you feel”. And so without a thought that they will earn anything they shared with us their hospitality. While we were sitting down and getting comfortable one Bedouin said “One is happy while giving, not taking. Instead, people, these days want to eat, but not to give. The Government took Petra and gave us nothing. Some moved to a city, but I don’t like cities, the mind-set of the people is different. I like it better here. But I don’t worry about the locals, I worry about Petra. As you can see there is a lot of wrong things. This is a holy place, we live in it, we live from it, we learn from it, we must respect it. You see, I’m local, I see it differently.” 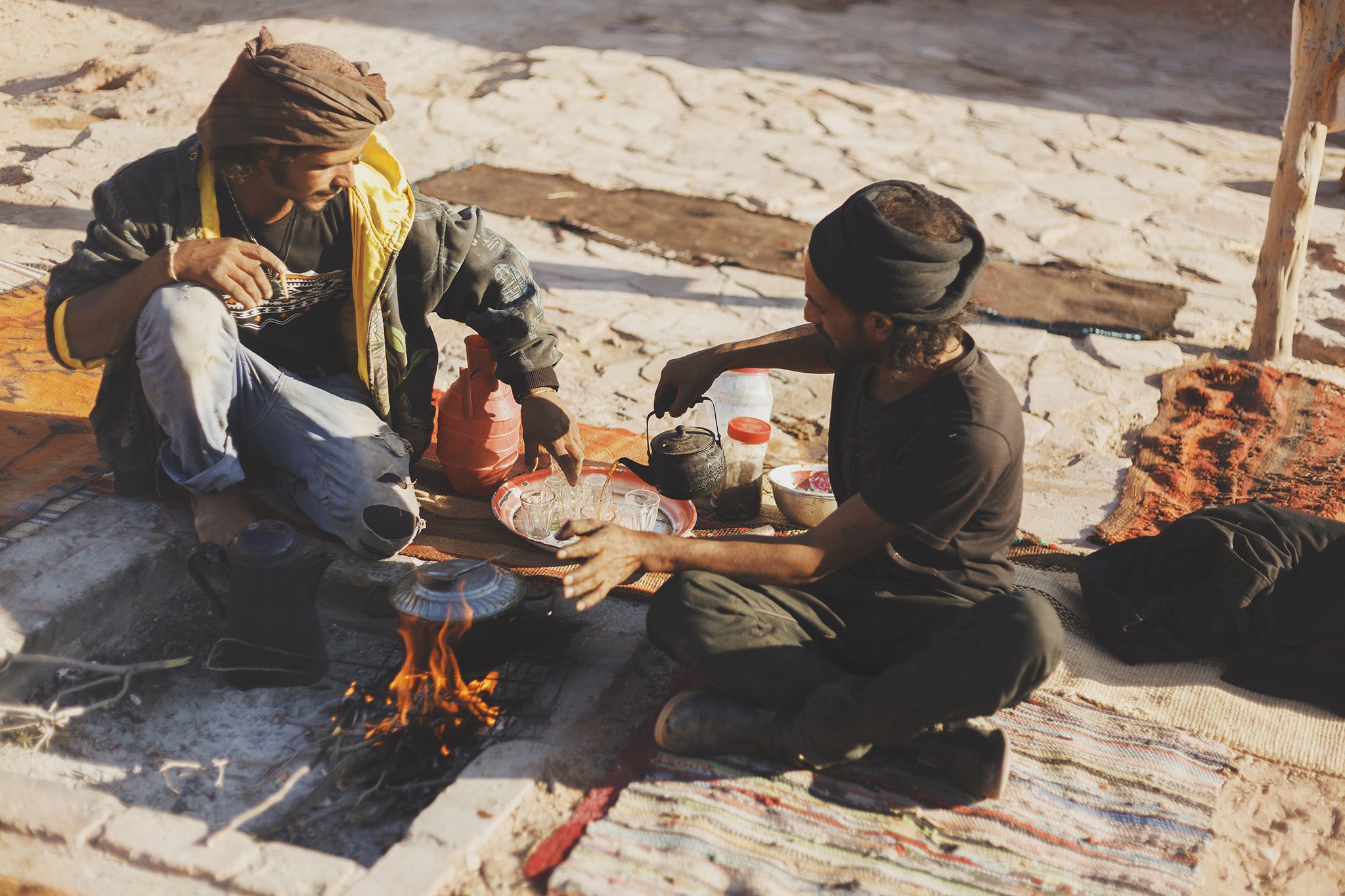 After a few cups of tea, they have shared their dinner with us. It was a very simple but delicious meal. With a homemade or so I think Pita bread. And from what I can guess a broth of chicken peas with local spices. 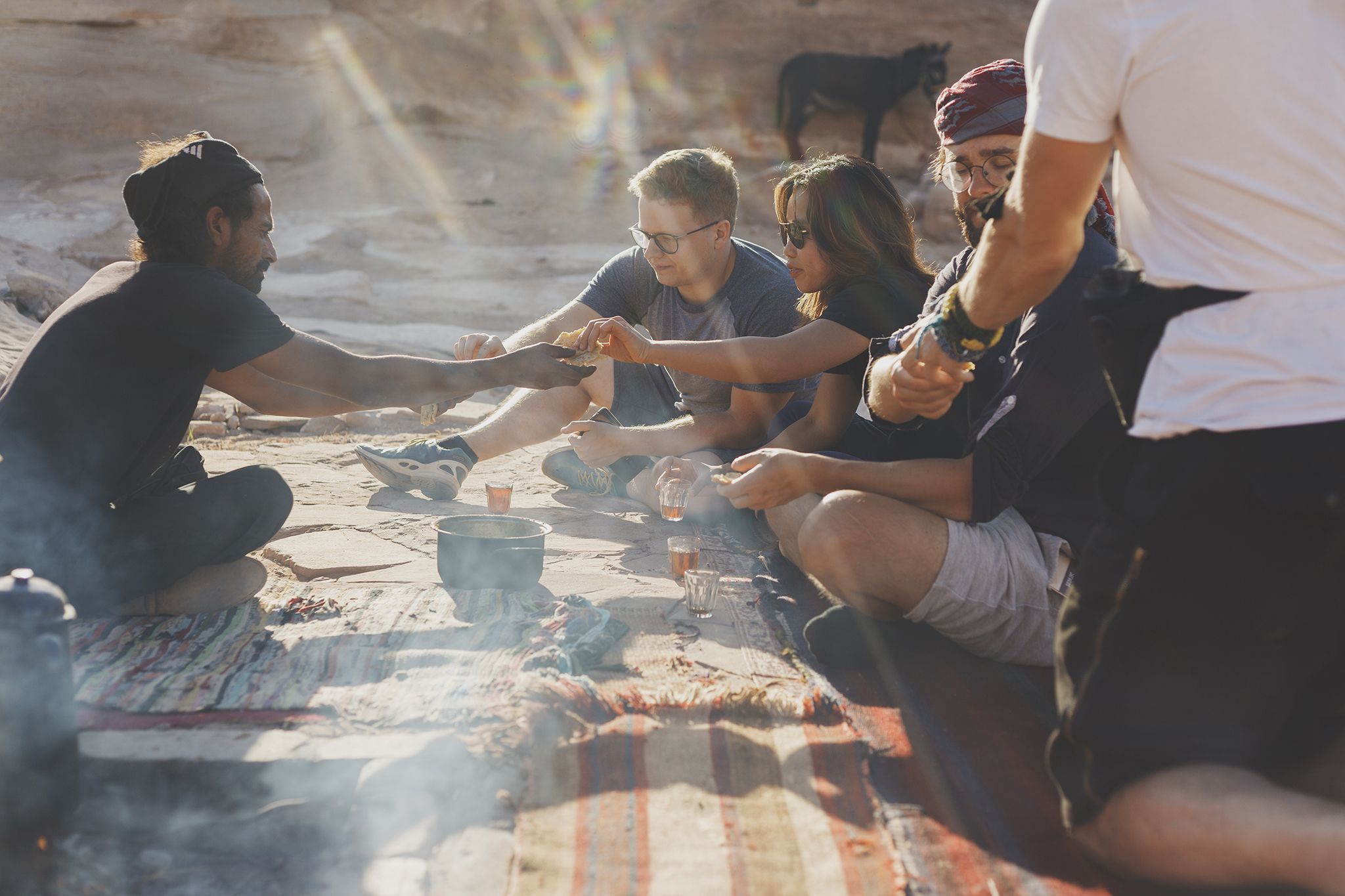 While we ate, talked and enjoy the serene feeling one of the brothers kept on repeating “There is no need to rush, there is plenty of time here.” for which we had no reply. Tho now when I write it all goes down to the perception we create. And each and every one of us has our own. I think this quote perfectly sums up what I mean “No two people see the external world in exactly the same way. To every separate person, a thing is what he thinks it is — in other words, not a thing, but a think.” Penelope Fritzgerald

Surprisingly it took us a while to get to the traditional questions. But nonetheless, we go there.  One of my friends asked them “How old are you?” the reply we received was a surprise for us. I do not know why as this is not the first time I heard such a reply. But coming from them it was a surprise. “4” he said. “It doesn’t matter how old I am”. Knowing that he did not want to reveal his age we followed up with another question. “Do you live here?” a simple and innocent question to keep the conversation going. To which we knew the answer already. But not the whole of it. “Yes” he replied. “I do not like living in the city. The people mentality is different they are all restricted. Here I am free” He spills some water. “No worries.” he says and continues his though. “People in the city they think only about themselves. But in life, you have to give to receive.” 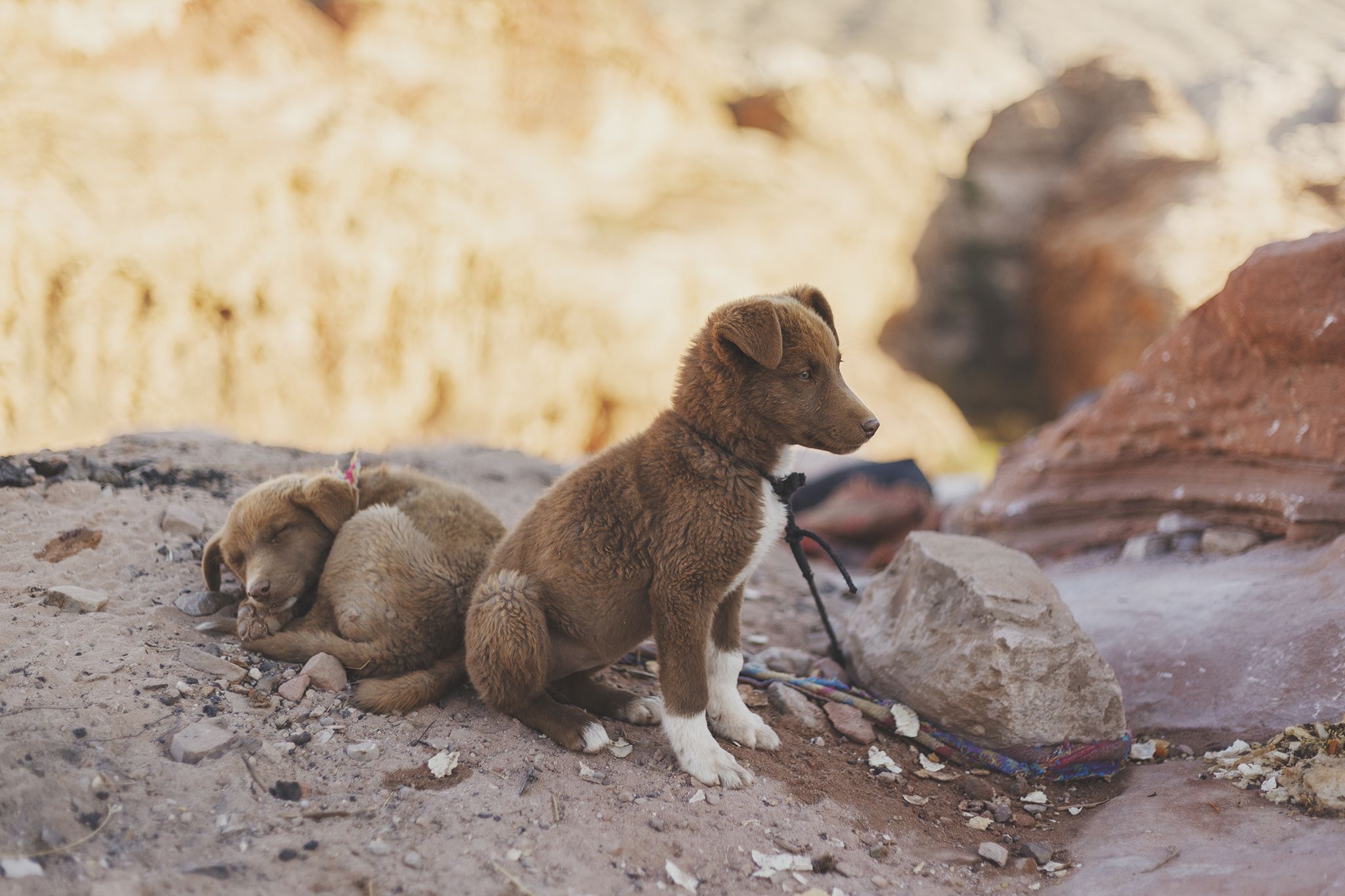 Lastly after chatting about things that I can’t remember any more. We asked, “Where did you learn English?”. One of them replied “From life, not from school. One must learn everything from life.” 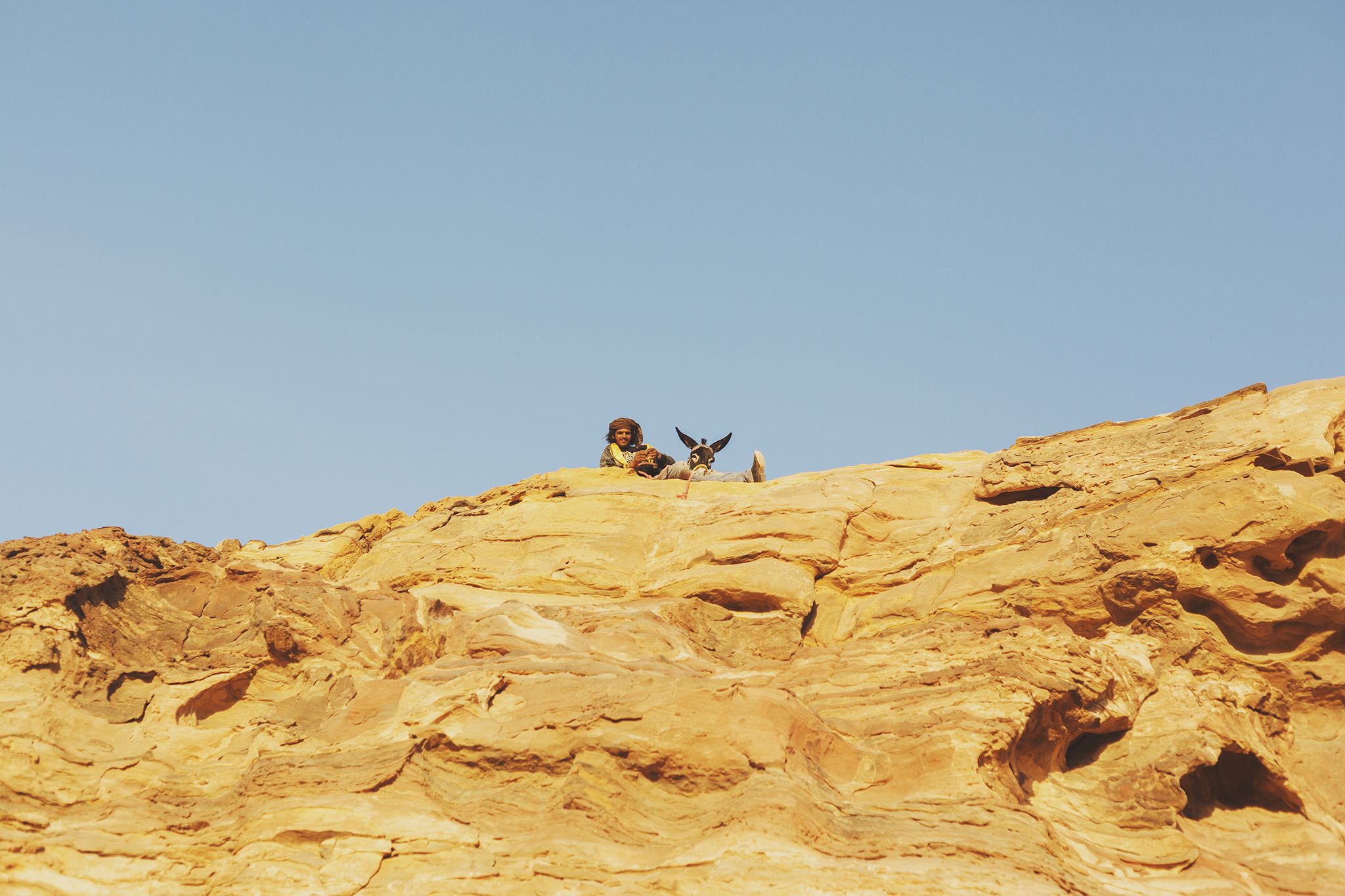 As you can see their philosophy is simple. However, to reach this level it requires time to be perfected to reach such level. One must learn from life. So it happened that when we finished the conversation that the last bit of the hike I was so deep in my thoughts that I had no memories how we got to the spot where we stood above the treasury looking at the world wonder and deeply in my thoughts feeling a bit down. As I felt that I was a step away from opening the doors to something remarkable.

P.s. Pictures are all originals. If you would like to copy or use them you have to get permission from the authors.
bedouin jordan thoughts