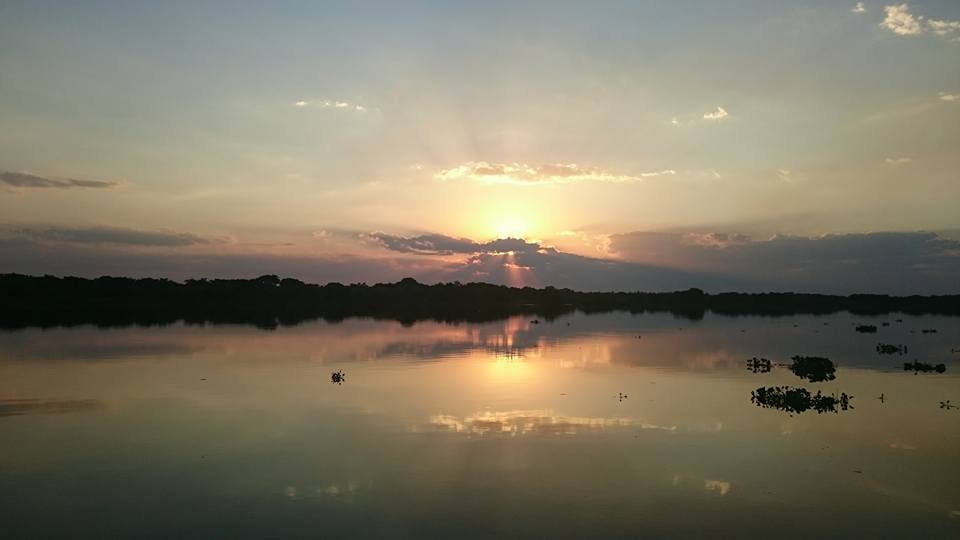 There are some very well-known hiking routes going through South America. However, most like all rivers flow into the so-called “Gringo Trail” river. And the dream for an authentic trip, exploring the unknown, going where few have ever ventured will be never attained.

Luckily for you, I know a country that few ventures in. Paraguay. A place where tourists are as rare as elephants in Europe. Few choose Paraguay when deciding where to go in South America. And so you will barely see any backpacker crossing Paraguay. There is so little information written because there are just so few travelers who know the beauty and have the courage to go their on their own.

Tourism is poorly developed, and getting around is a bit tricky.  Especially if you want to visit the exciting spots. And because of that, it will be weeks before you meet another tourist specifically if you stay in the less popular spots. If by chance a traveler enters Paraguay it stays along the line of the Paraguayan and Argentinian border. Between Asuncion and Foz de Iguazu.

The rest of the country is game for adventurers. Just one key advice. Have a tent and some food in your backpack. Because getting in and out of a more exciting spot will be tricky and sleeping there might be required.

Getting In/Out of Paraguay

There are few ways a backpacker traveling in South America can enter and exit it.

Between Argentinian and Paraguayian cities of Posadas and Encarnacion, Puerto Iguazu and Ciudad Del Este. And for those who want some adventure can try crossing from one-horse town of Puerto Cano and Pilar.

Between Brazil and Paraguay between villages of  Puerto Busch and Bahia Negra. Getting to any of these points is an adventure on its own.

Between Bolivia and Paraguay between villages of Bahia Negra and Puerto Busch. From Puerto Busch, you gotta catch a bus if it still goes. Or arrange a different ride.

Between Brazil, Argentina and Paraguay between cities of Foz do Iguazu and Ciudad del Este.

Between Bolivia and Paraguay between cities of Santa Cruz and Asuncion.

Between Argentina and Paraguay between cities of Posadas and Encarnacion.

It is a tricky part. The bus system between the main cities functions quite well. However, going into the places of interest for the traveler is hard. There are no direct buses or services besides the taxi. Thus if you do not rent a car I would suggest bringing a tent and food with you just in case you get stuck hitchhiking. However, people are friendly and will give you a ride if not for free then definitely for a little bit of cash.

It all depends on you. How extravagant you want to be. I have managed to spend per day between 17 and 30 Eur. If you leave Asuncion, make sure you have enough cash to come back to Asuncion or any other that has an ATM. Most of the country is cash only.

Do not bring anything you can’t bear to see ruined. Ten months out of the year is very warm and humid.  The sun is very intense and you will sweat a lot.

Must See In Paraguay

These are the hidden gems of South America and Paraguay that most of the travelers never heard about. It is not only beautiful but any adventure seeker will have fun getting there, exploring the place and getting back. 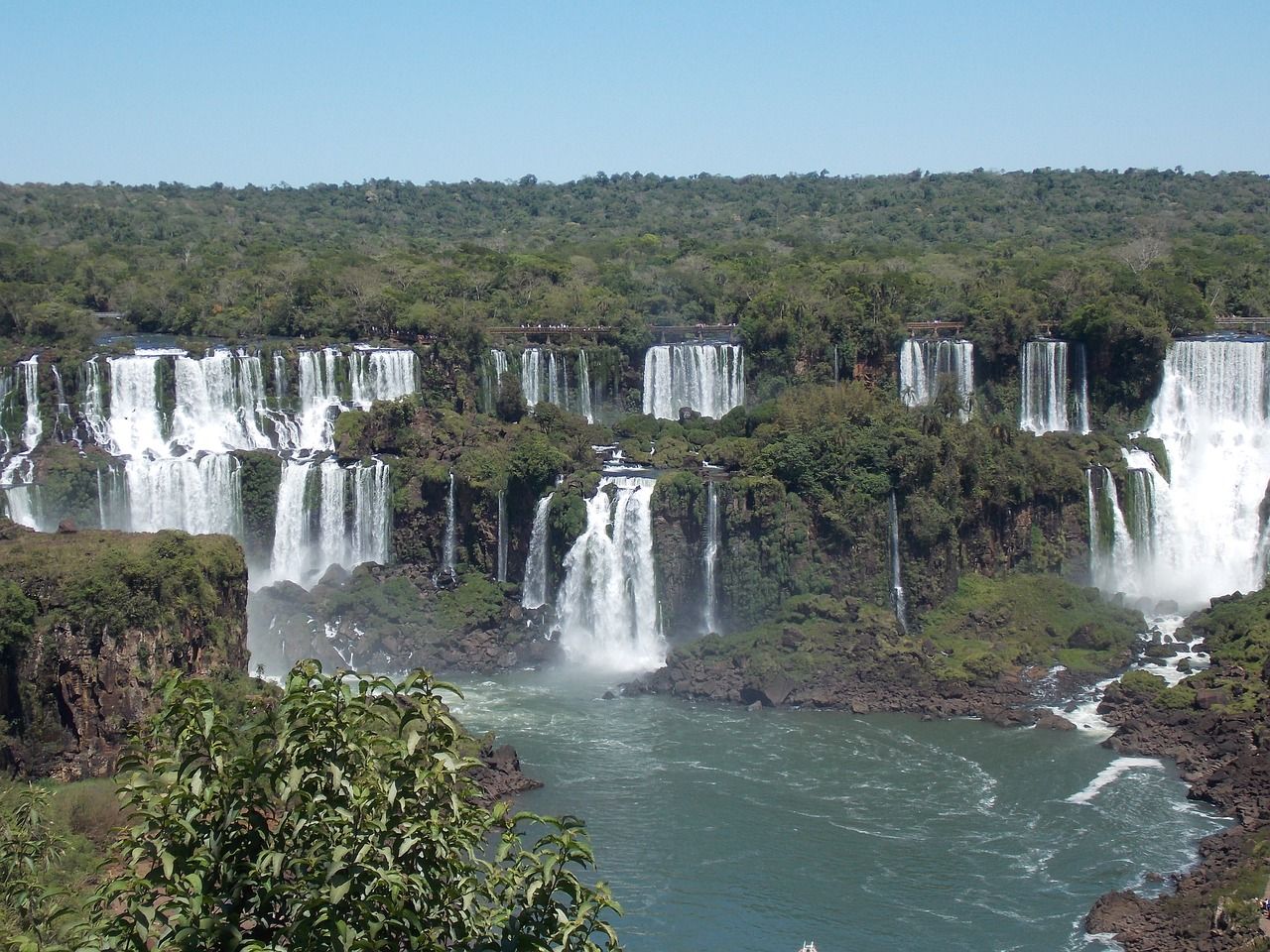 The magnificent of the Waterfalls is impossible to describe by words you have to visit them yourself. Therefore, I won’t spend wasting your time and say visit it. I just don’t have the vocabulary to do that. 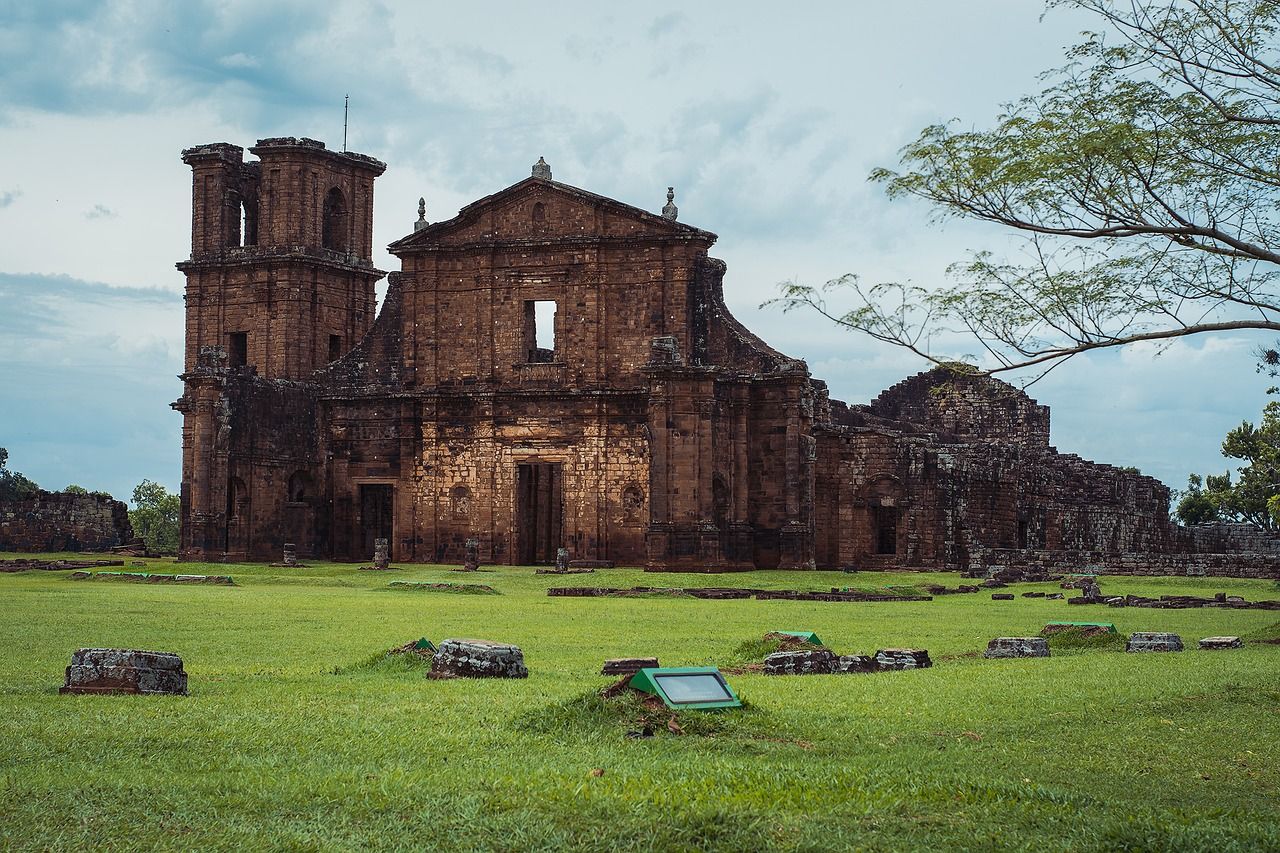 Small beautiful villages were Portuguese priests tried to convert the local population to Christianity. They are even included as a UNESCO protected heritage. If you are lucky you can get a bike to cruise around. Last time there was one bicycle. 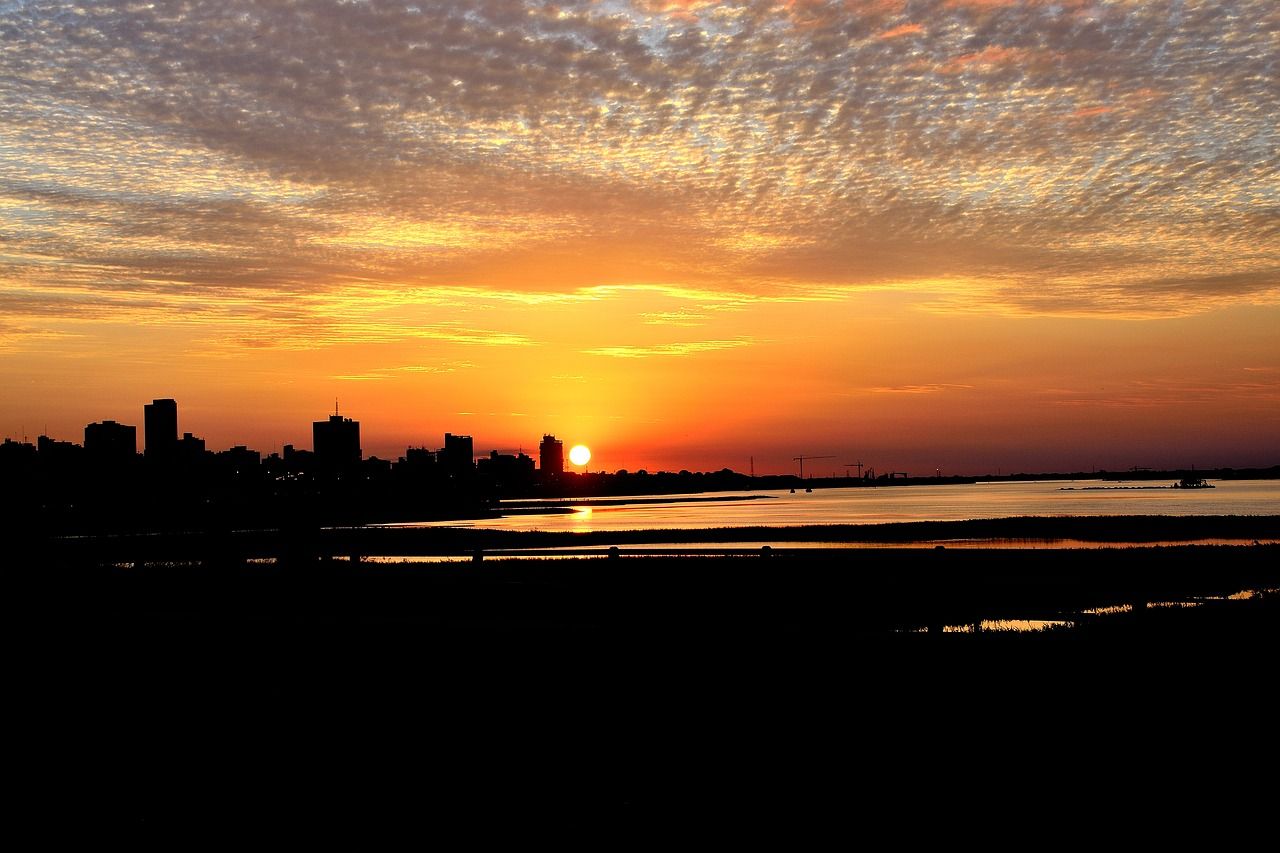 Asuncion is the next great place to visit. The capital of Paraguay with its beautiful colonial architecture and cultural heritage attractions. Although it has few sights like beaches, skyscrapers or impressive parks, it has an unmistakable spirit that will make you want to stay an extra day!

The lands of the Pantanal region are home to a large variety of life, from jaguars and alligators to the hyacinth macaw. It’s a spectacular bio-diverse wetland. If you miss it, well it is a loss for you. I suggest going from Paraguay this way most probably you will be the only person there.

It is an ant size national park. However, it is probably one of the most charming parts of Paraguay. It covers a never-ending savannah with never-ending magical rivers of hills. It is simply awe-inspiring. The best place to start is at the Muralia peak. Fantastic panoramic views, magical trails and ancient petroglyphs that will take you on a magic trip. I believe it is truly one of the power places of the world.

Beautiful, small park with gushing waterfalls that cascade down through the rocky undergrowth of the forests. This park beside its beauty also hides a secret. A weaponry and munitions foundry that was built in secret during the Paraguayan War.

If you want something different if you are tired of walking on our beautiful earth. Then Vallemi Caverns are for you. It is millions of labyrinths going deep underground. If you want to explore it, you will have to walk, crawl and squeeze through the narrow passages leading to a hidden, magical and mysterious caves.

Kururu Kua: The Aquatic Cave in the Heart of Amambay

The divers’ paradise in the center of South America. Scientists claim that this place shouldn’t exist, that it is a miracle because most of the caves consist of sandstone. These aquatic caves are now open for the divers to explore and marvel at the underwater caves surrounded by a blue lagoon of transparent water. 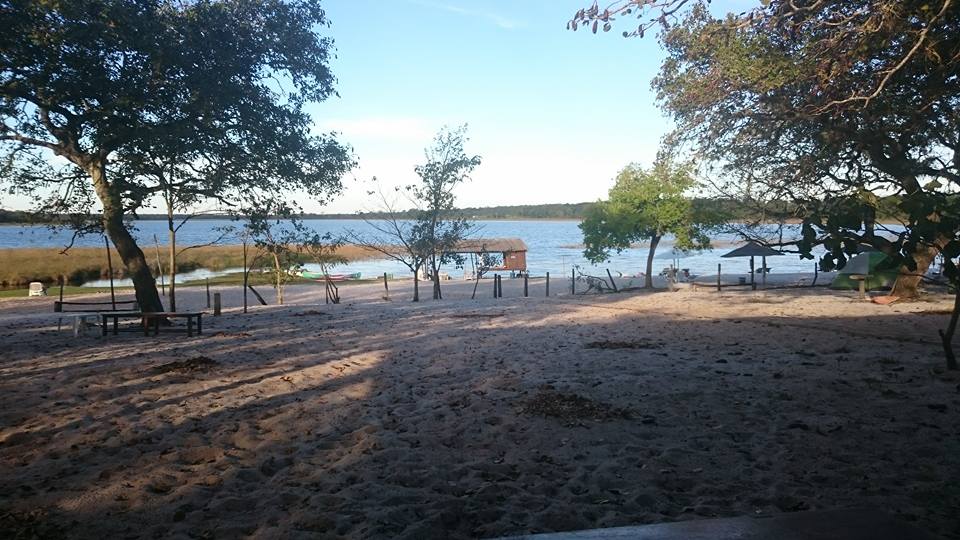 Surrounded by one of the oldest forests in the world. Clear white waters, quiet, serene place. Perfect for relaxation and disconnect from the world. Again one of the wonders of Paraguay!

If you can I would suggest trying to arrange a stay with a real cowboy ranch and help them out. If not possible find few that offer tour packages for an interesting stay and experience. It is one of the few countries where cowboys or gauchos are still in force. 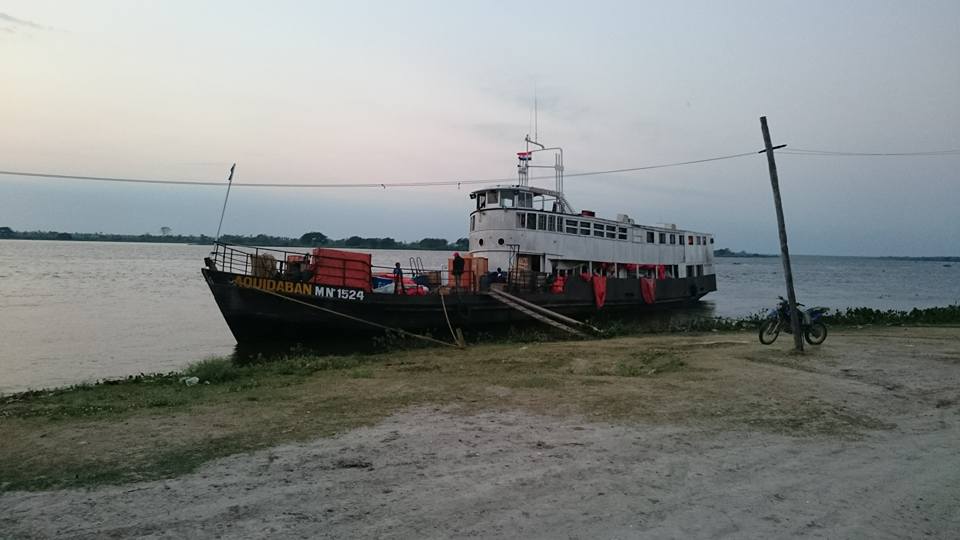 A 3 to 5-day river ride in a transport boat to Bahia Negra a village in the middle of nowhere. With beautiful views from day one and relaxed river life. Getting out of there is as exciting as getting in. A difficult but movie worth crossing by boat to Bolivia or Brazil. Quite costly but interesting.

The Tres Gigantes station is located 40 km from the center of Bahía Negra, on the Río Negro. It is the first research center in the Paraguayan sector of the Pantanal. Reachable only by boat. Surrounded by jungle and wildlife. It gets its energy from solar energy and amenities are basic. But the experience is one of a kind. They have 3 rooms and you can agree to rent hammocks if they are full. But call just in case.

Paraguay is a beautiful raw country for travelers and backpackers traversing South America. A perfect place to go on an adventure and disconnect from the world. A must-visit for those seeking that something special

P.s. Almost all of the pictures I had from South America were stolen during my trip. Thus most of the pictures you see here are taken from free stock photos websites. However, they all are from the exact locations as described. If by any chance you have any of the missing pictures do share. Paraguay is so rarely visited that there is barely any photos to borrow from.