The Rivers That Took Us Back In Time 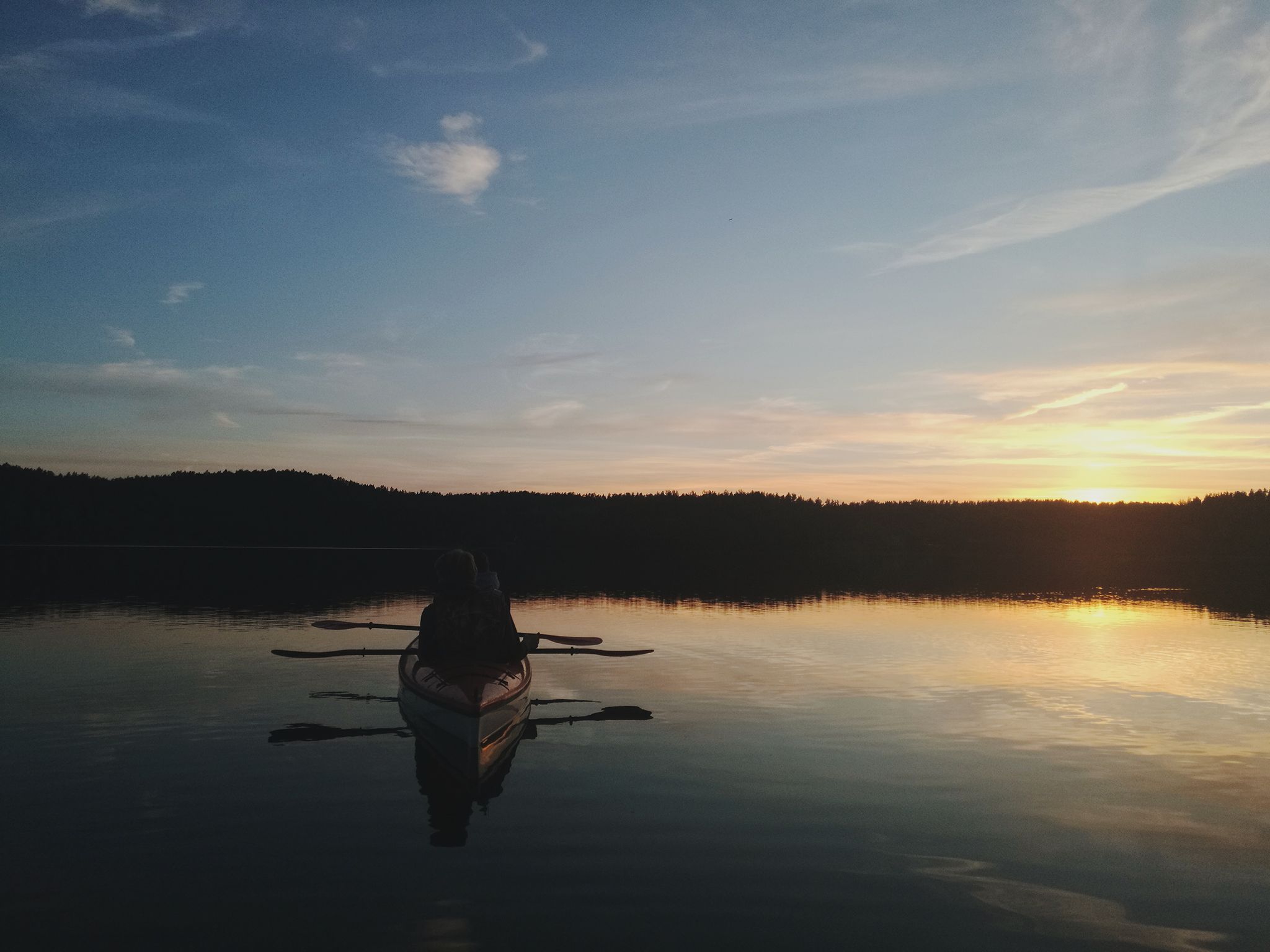 The Rivers Of Time

You know those places that you see in movies when the main actor goes on an adventure to find the lost city somewhere in South America deep in the jungles that are nearly impossible to trek through and is full of danger? And every time they have to pass the rivers that are untouched by the modern civilization, and you know that any second either a local tribe, wild animals, or some paranormal thing that has never been seen before might jump out and attack. Well… This we did not experience. However, the experience, the feeling, the perception we felt was just like described above. It was on a spiritual level, when you let your imagination run wild and enjoy the trip in the setting you set yourself in your own mind. However, these surreal feelings were induced by the views we saw during our most recent trip to the National park of Ignalina, Lithuania. Canoeing across the rivers and lakes that are connecting the local villages in this region since ancient times. 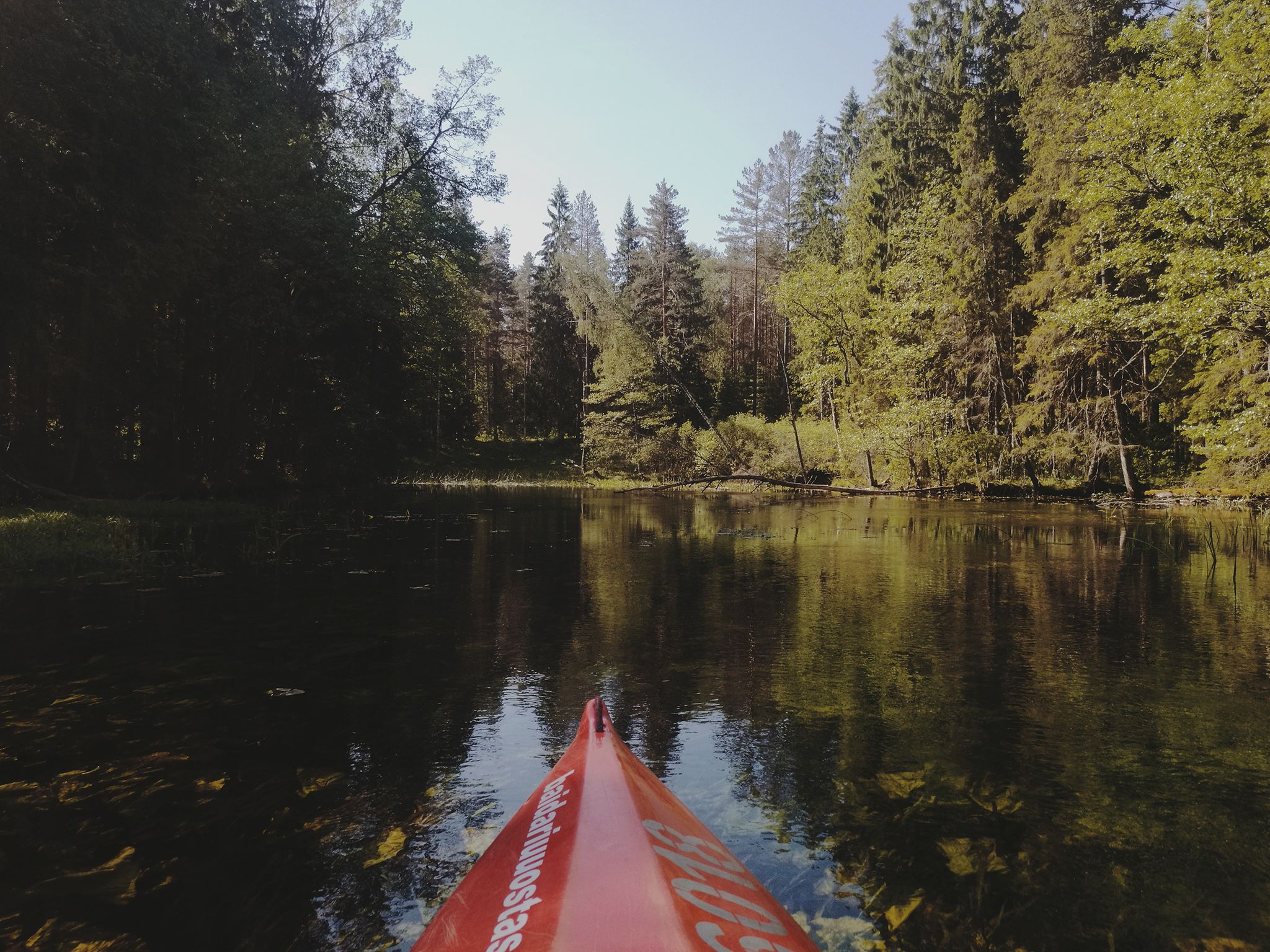 We canoed 14 km out of 30 km in rivers called Būka, Srovė and Almaja, which are flowing mostly in the forest and the feeling that embraced right from the start that we were on a path to find the lost city of El Dorado. The river banks looked wild and brazen. Full of wildlife that was hiding from the unexpected intruders in their daily life. When we were lucky sometimes we could even see tracks of animals such as bores or beavers (easiest to recognize). The glide because it was more of a glide than a hard arduous paddling was slow and steady, without needing to push ourselves or get out of a canoe. The river embraced us like a mother does and took us all the way down the stream towards the first lake Baluošas. 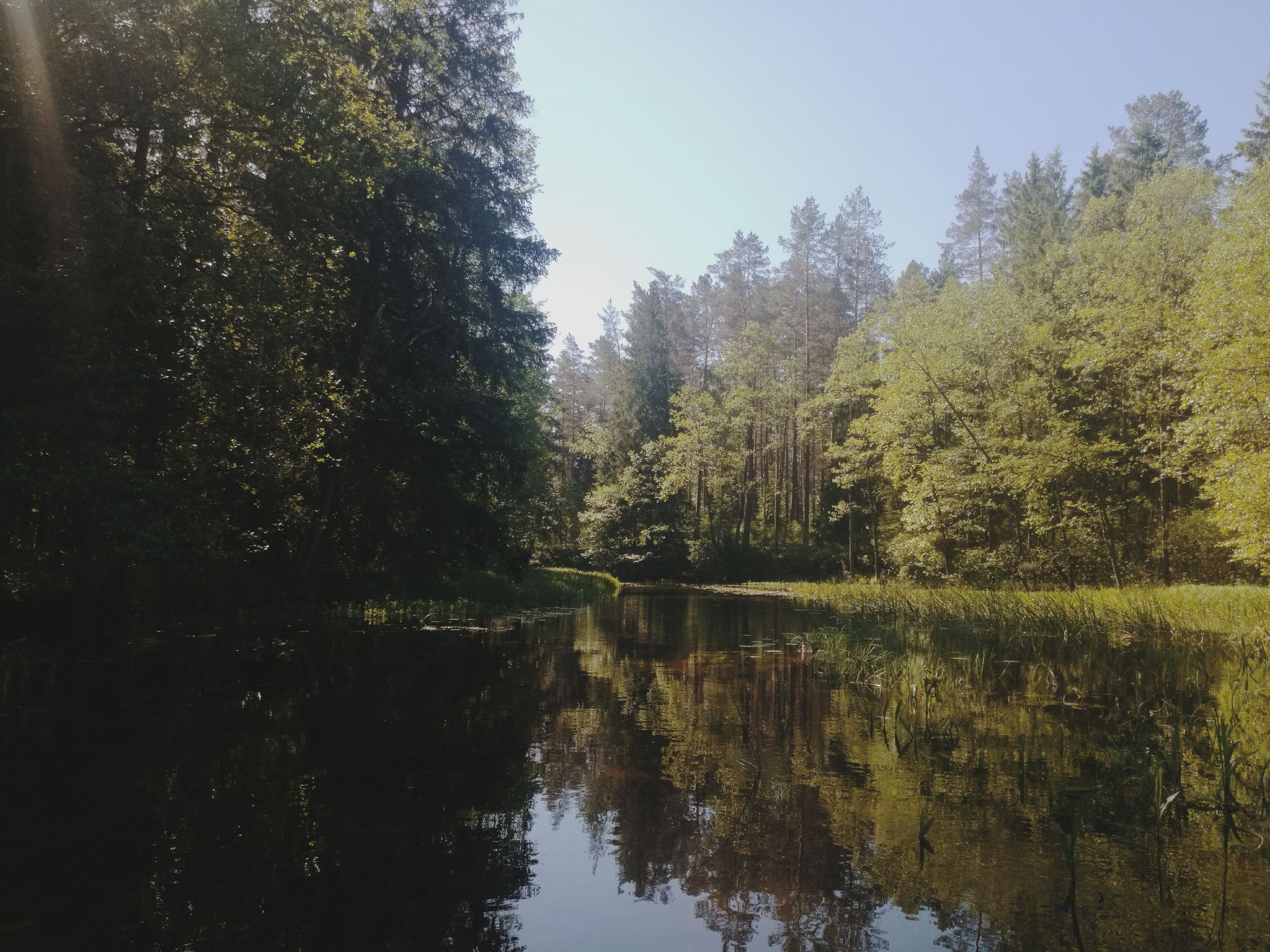 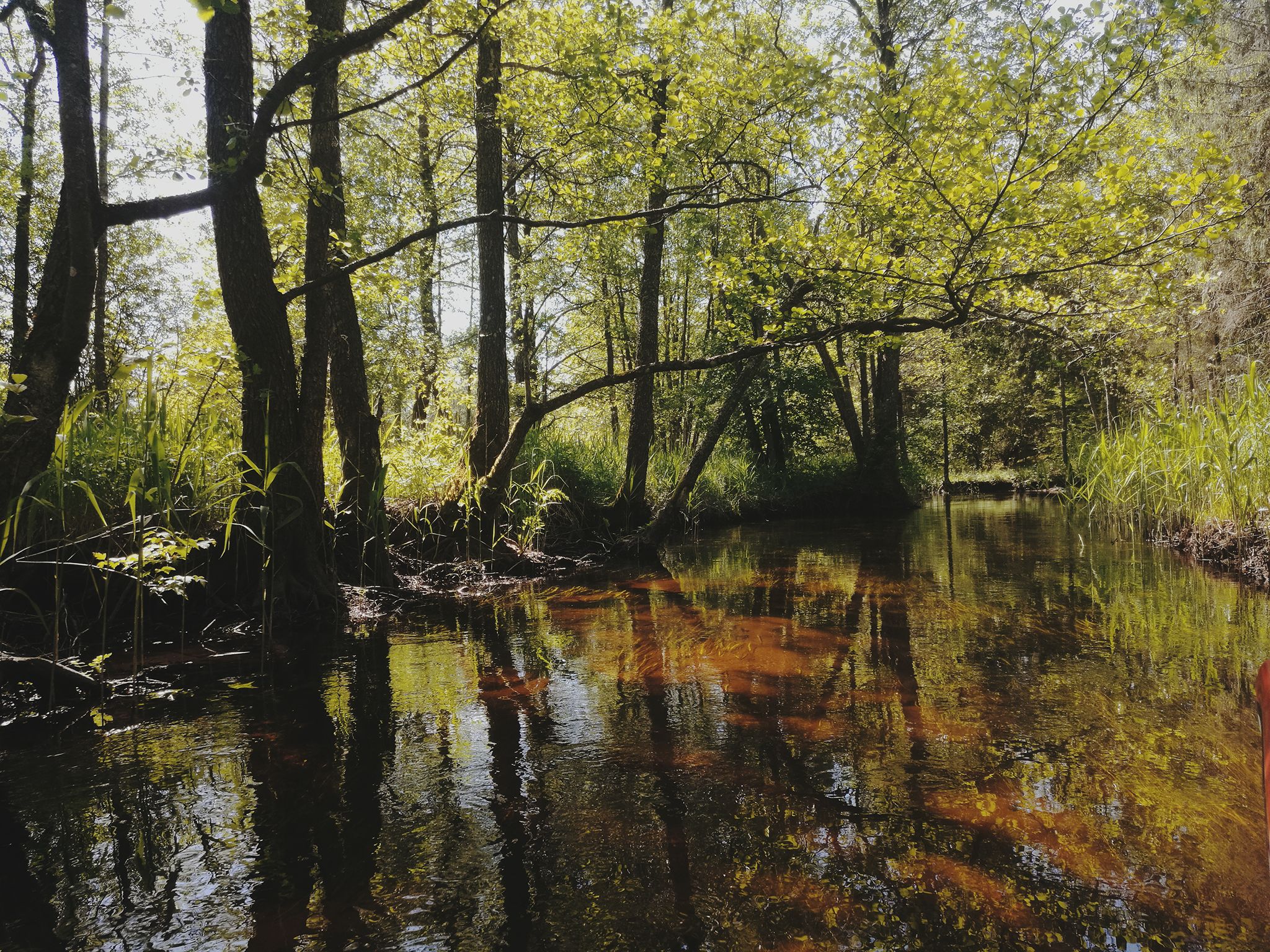 The lake and river system that has naturally developed allowed for many villages and cities to establish themselves in the region. Since it offered a fast and good connection, fairly good protection and abundance of food. To canoe in this region is to experience the olden kind of life. So when we arrived at the first lake we passed through many ethnographic villages. If you do not know what is an ethnographic village than you are in luck. I got a definition for you! An ethnographic village is defined as a rural settlement which maintains traditional, historical, ethnic cultural characteristics specific to the particular region. These characteristics include traditional architecture, farmstead planning, relation to the natural landscape, as well as traditional life, including farming traditions, arts, and crafts. 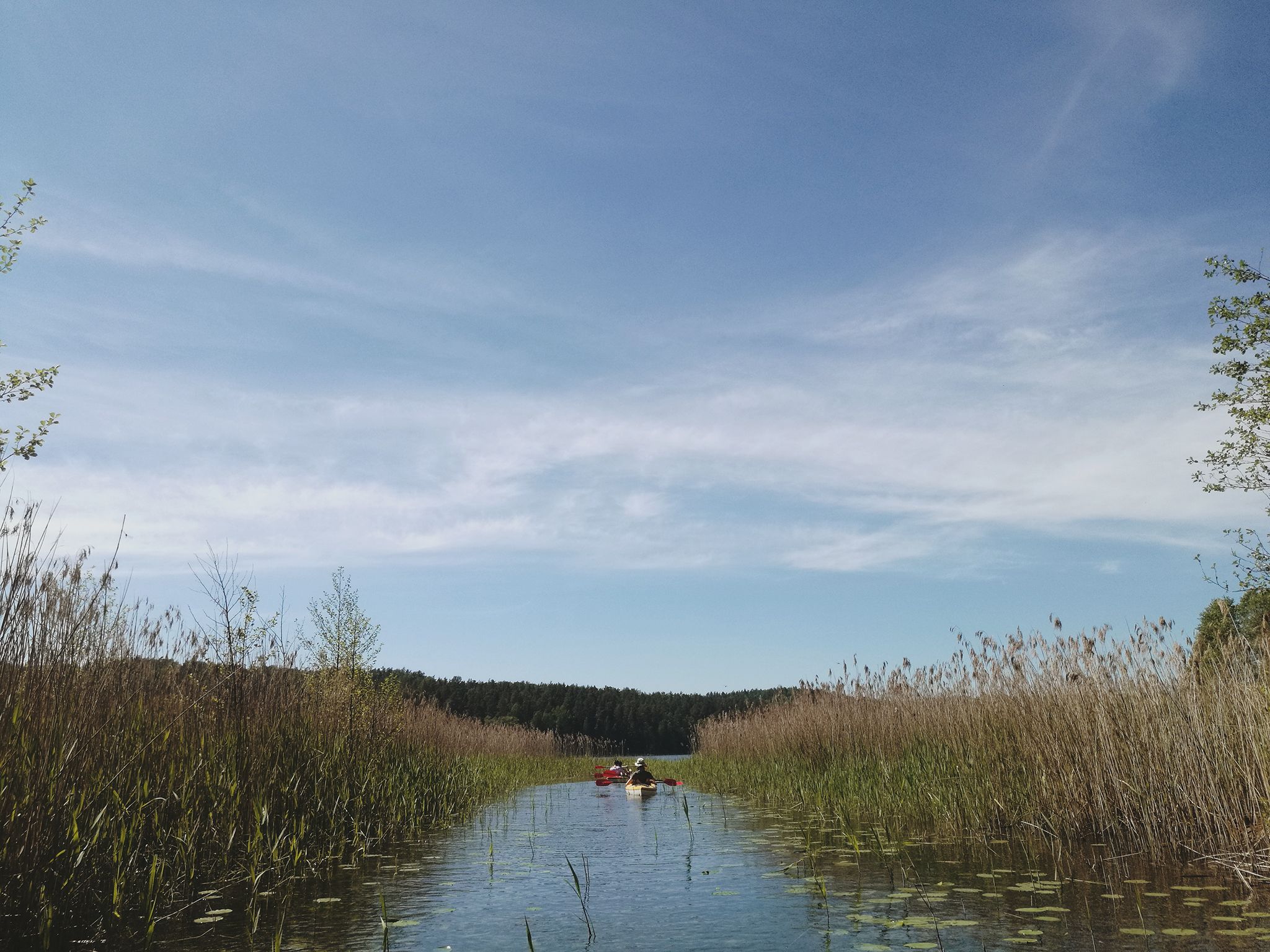 Once we crossed Baluosas lake, we had to stop by a water mill to carry our canoes to the other side of the mill. At the same time, we used this resting time for a swim in roaring water sprays. 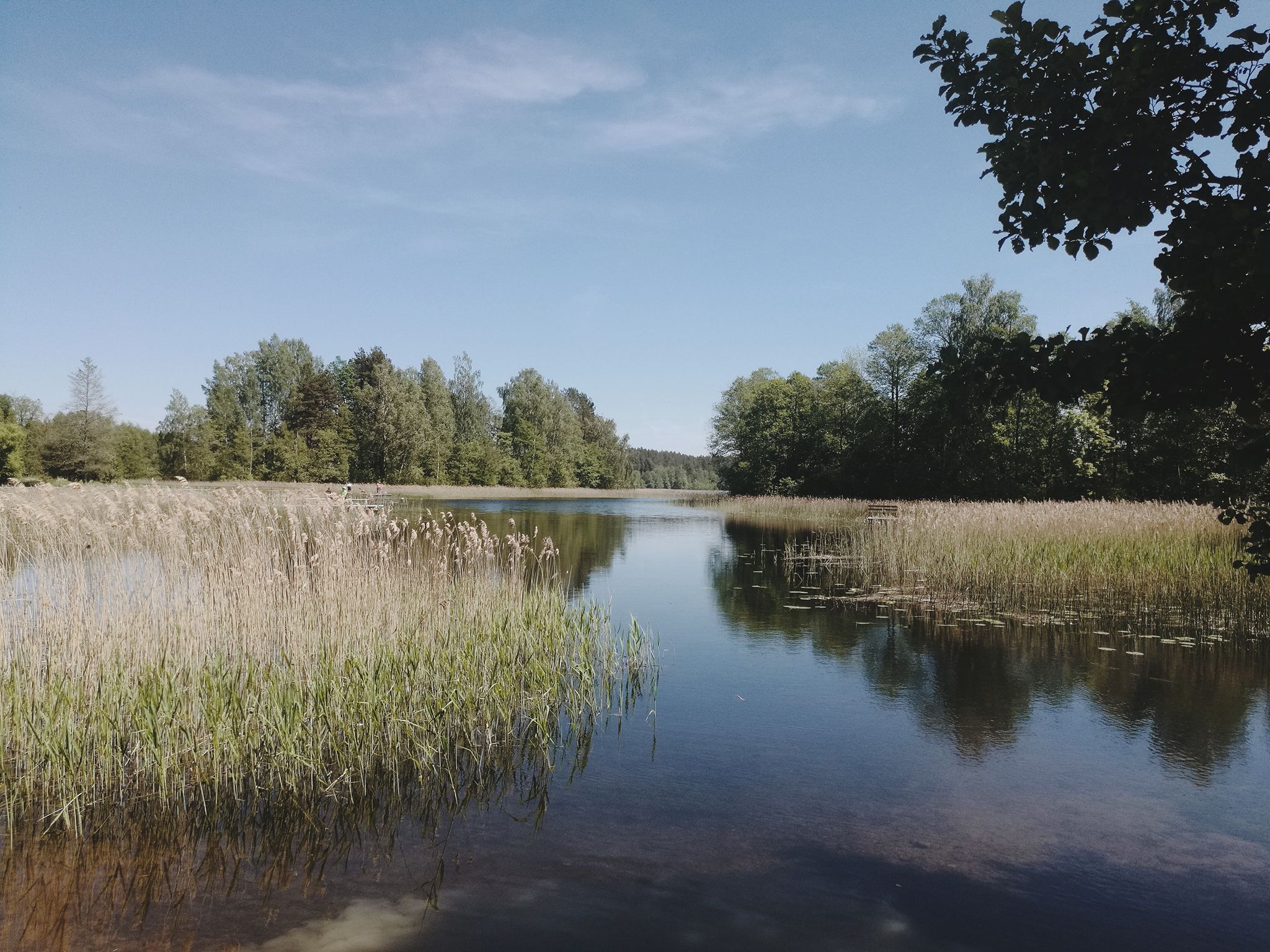 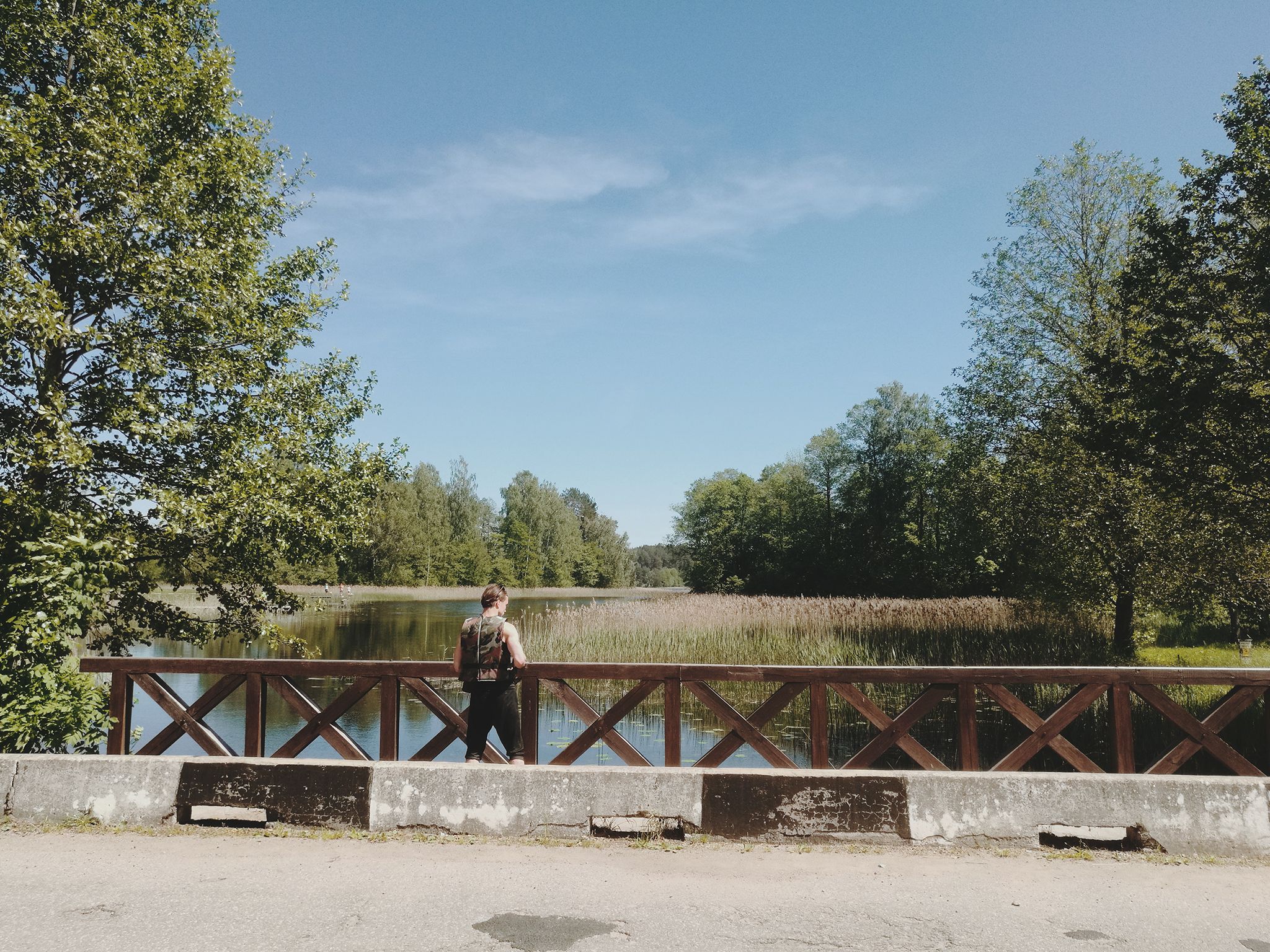 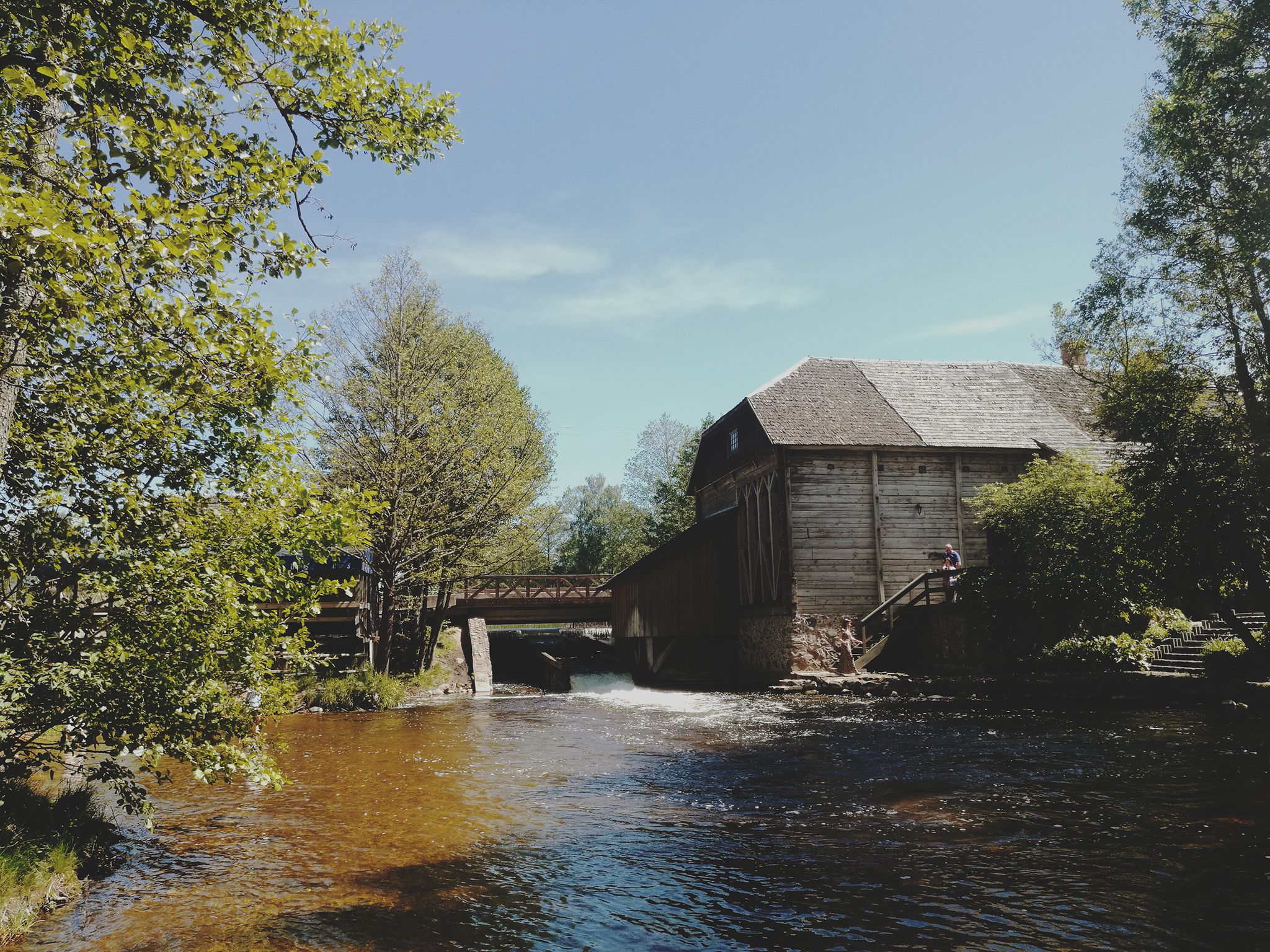 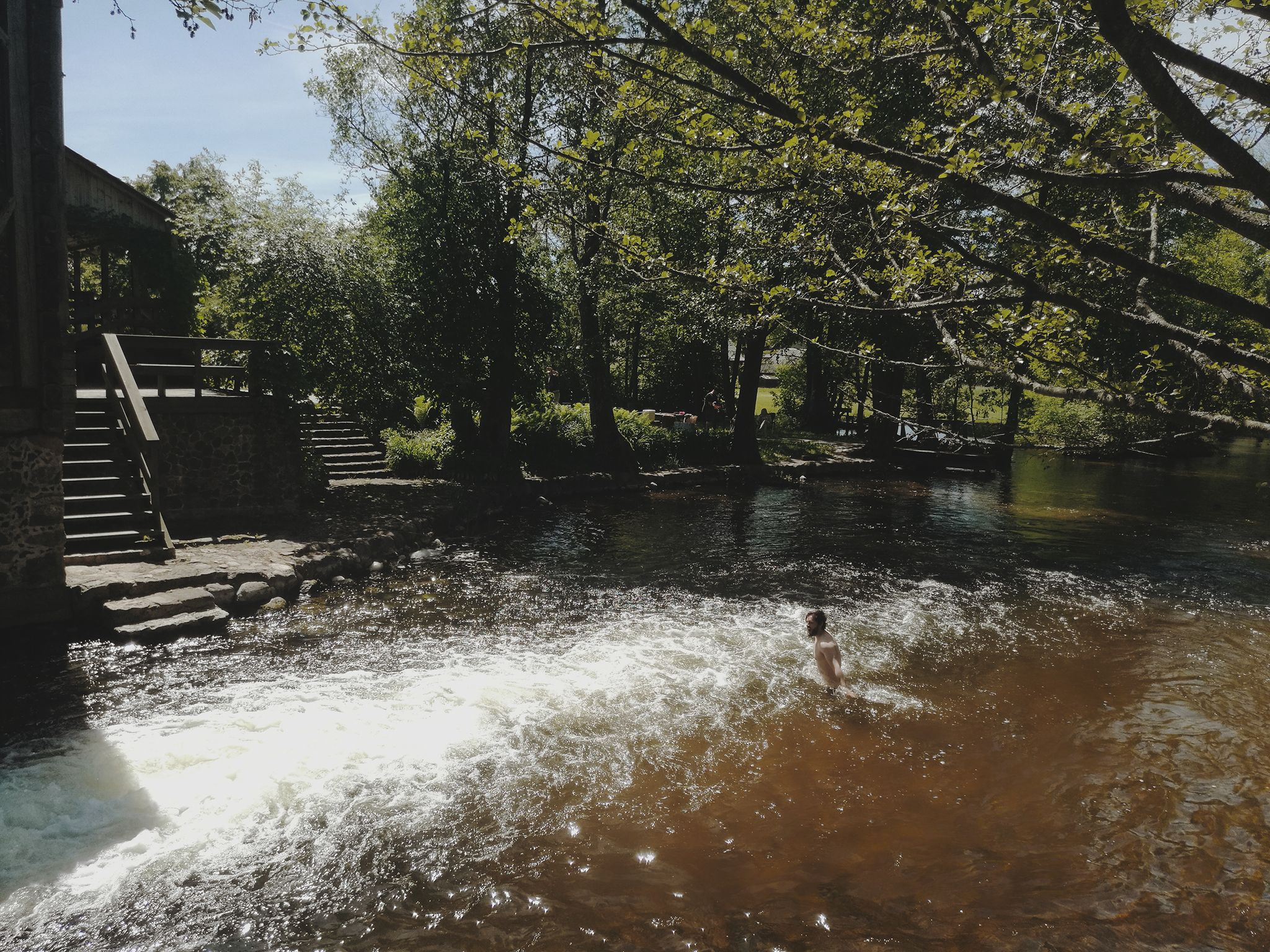 Almost every lake and river that we passed through had a preserved ethnographic village that just induced us further and deeper into our imagination to believe that we have traveled in time. 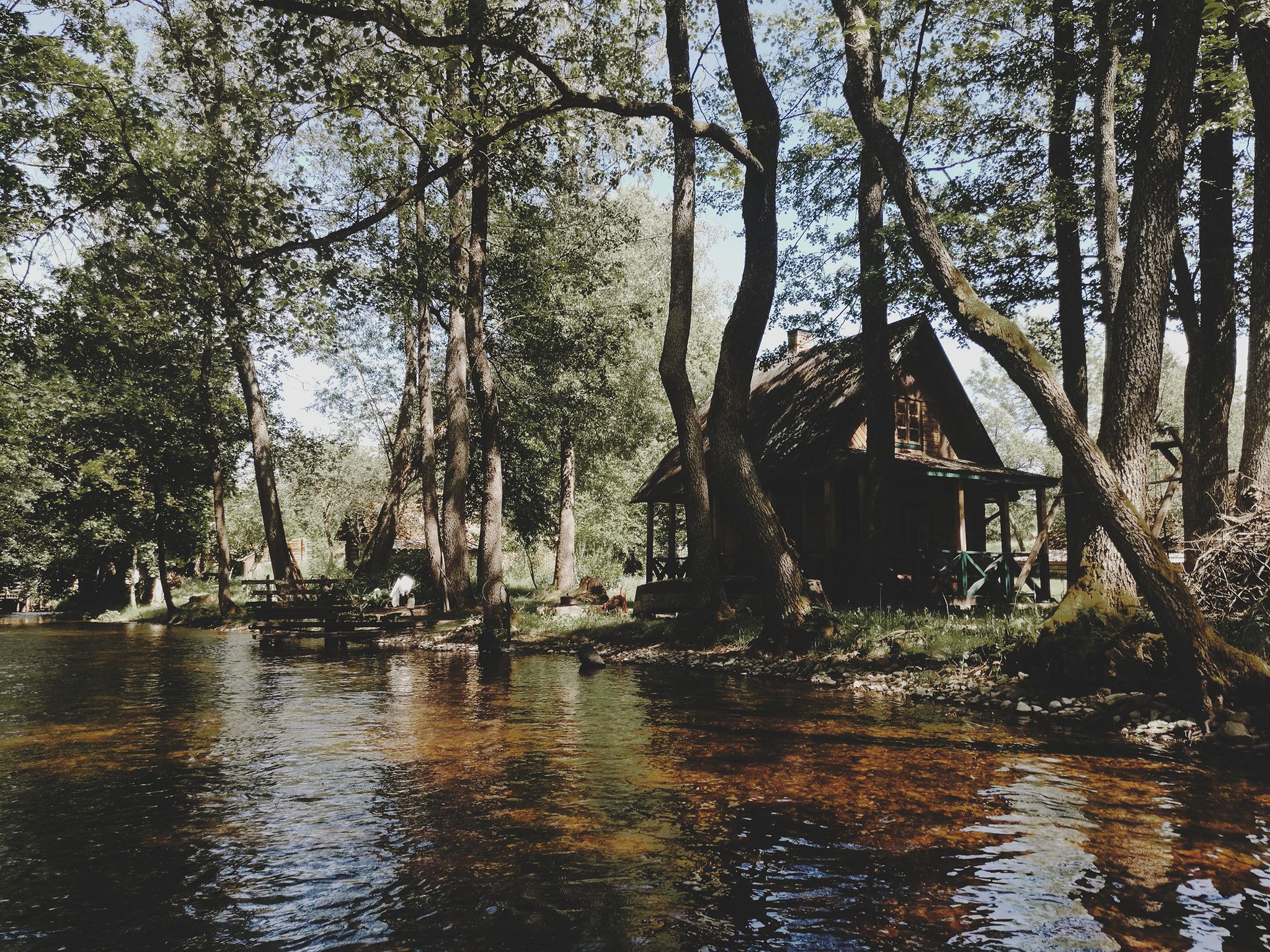 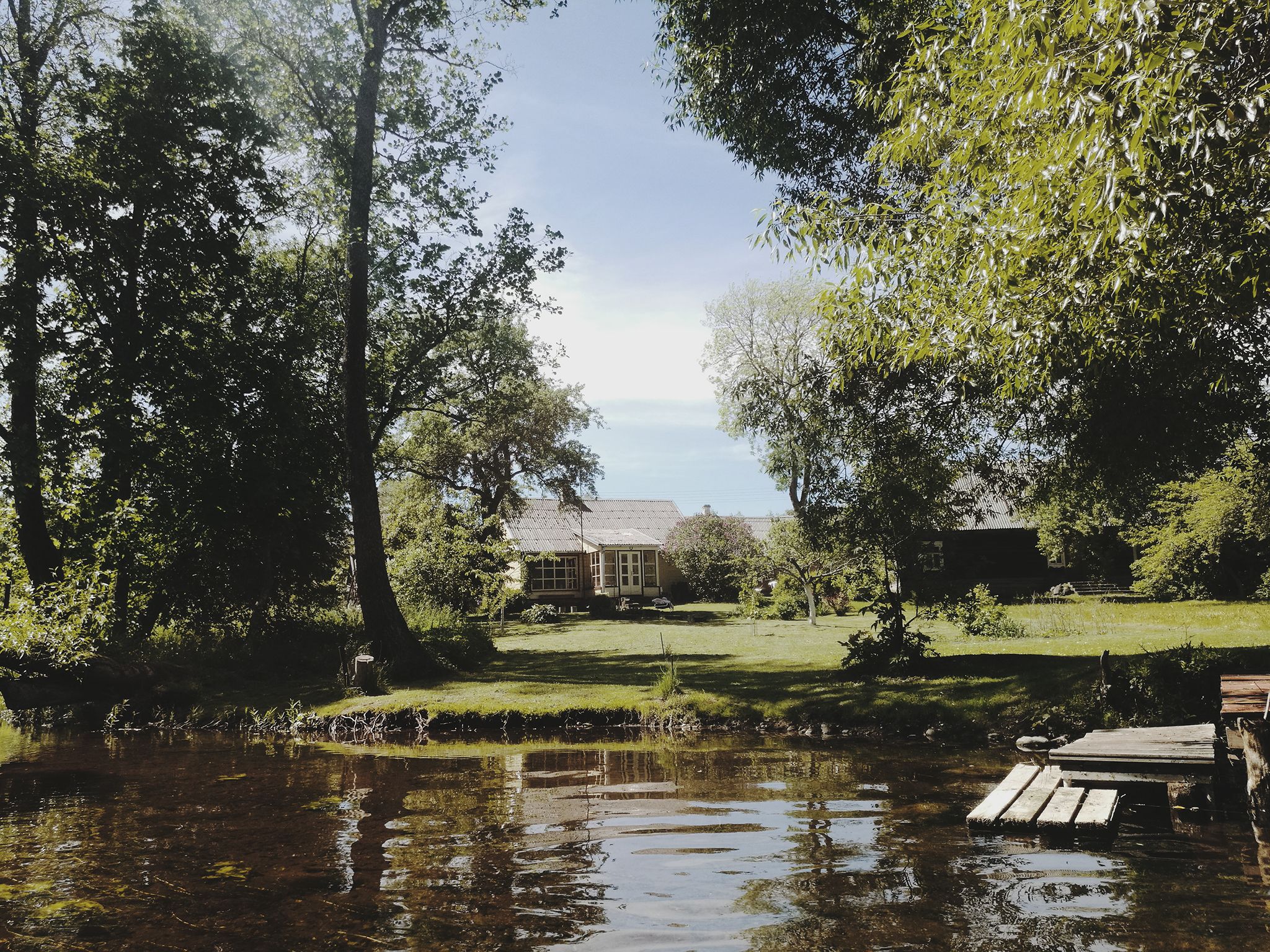 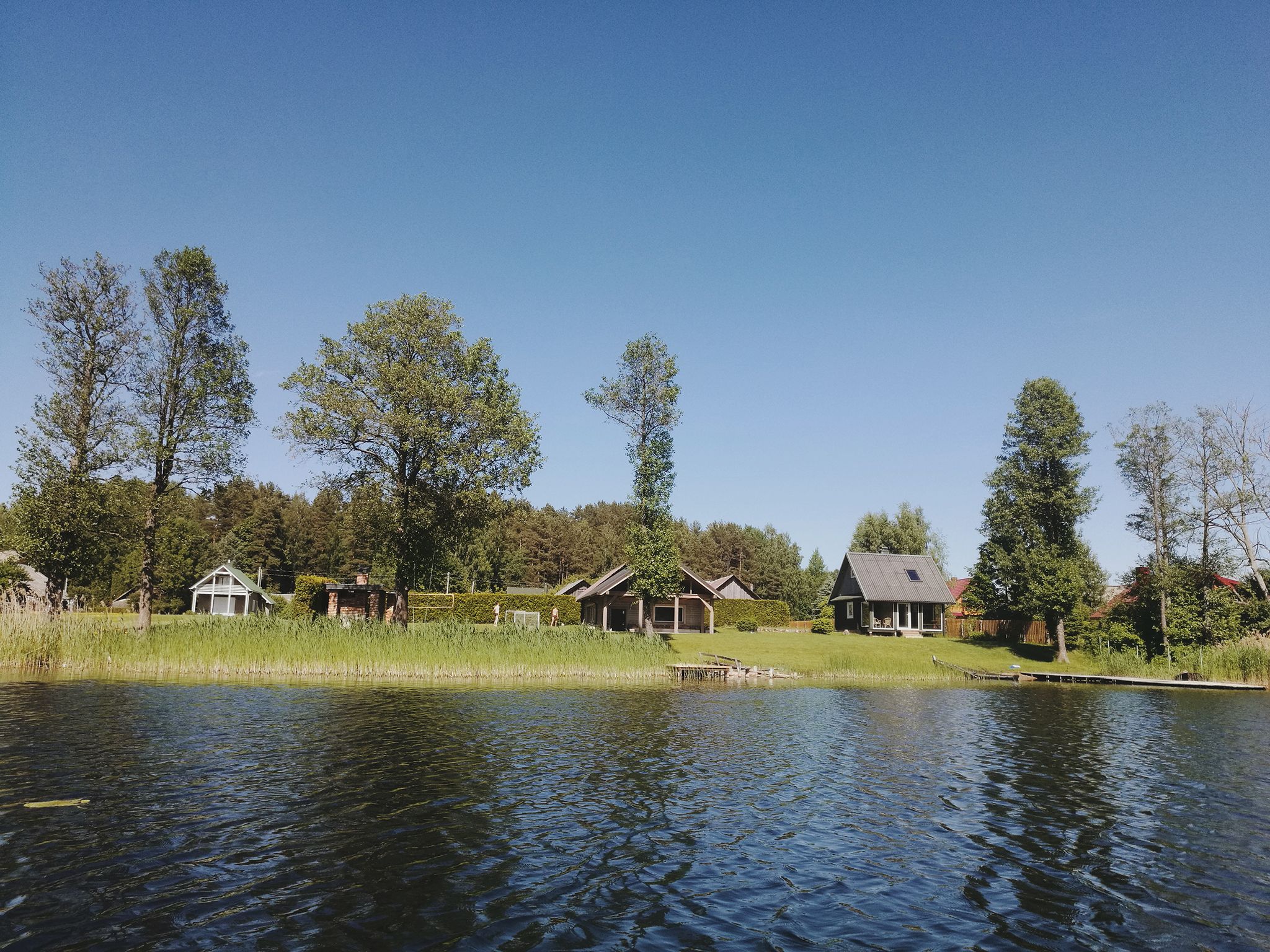 The second part of the trip before we reached our camping destination was through another small river that had lots of summer houses built on the banks. But not in the annoying nouveau rich. But more with the local kind of setting. Reminding river villages in France. 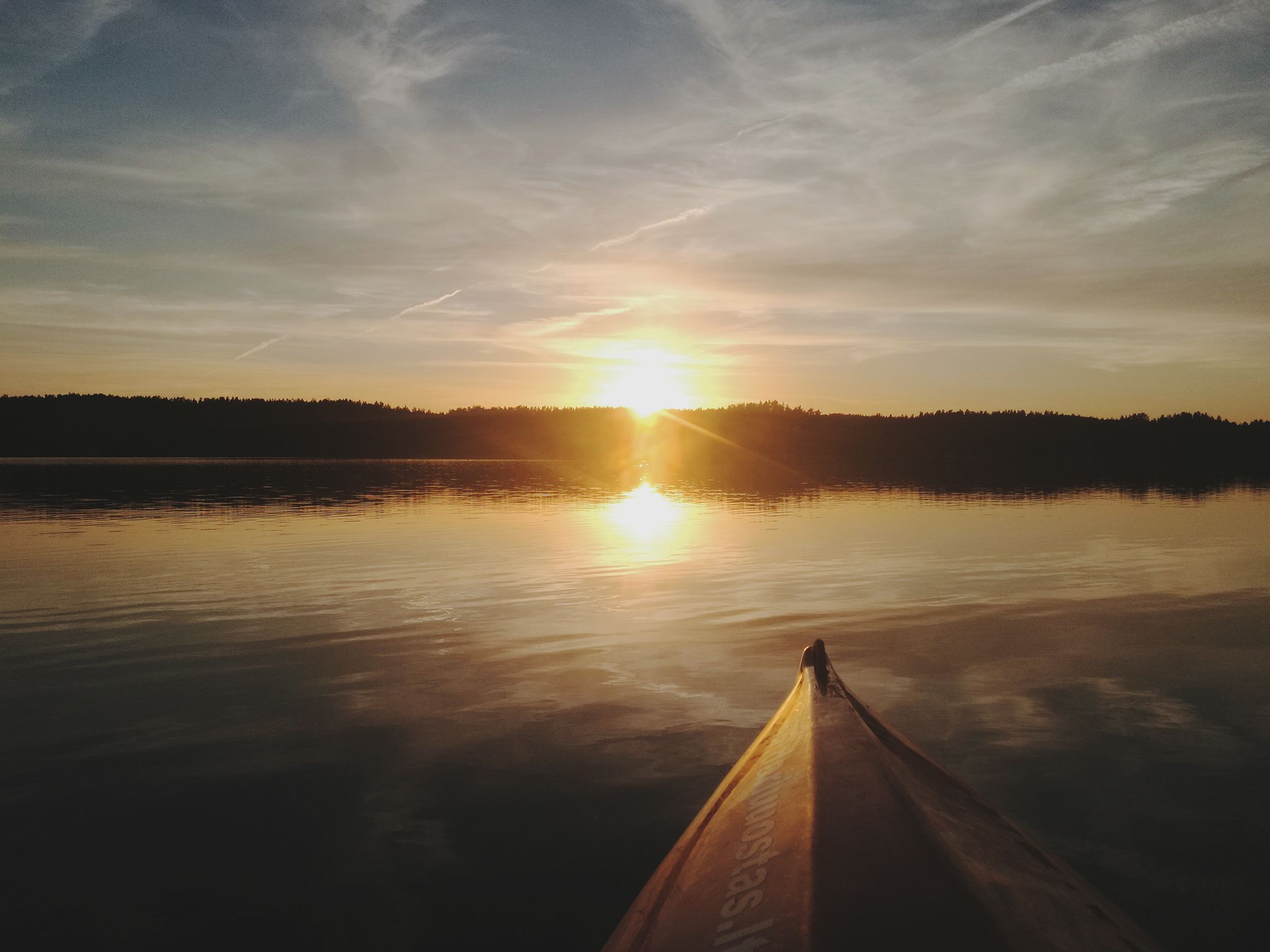 The contrast through the day was overwhelming. I would say we have traveled through time and dimensions. Starting in 1530 looking for the lost city of El Dorado to the period when people had a simpler life. Fishing, farming and fighting off the invaders. When villages used to still keep the doors unlocked and the balance between nature and human was still in place. And finally to the fairytale-like scenic views. 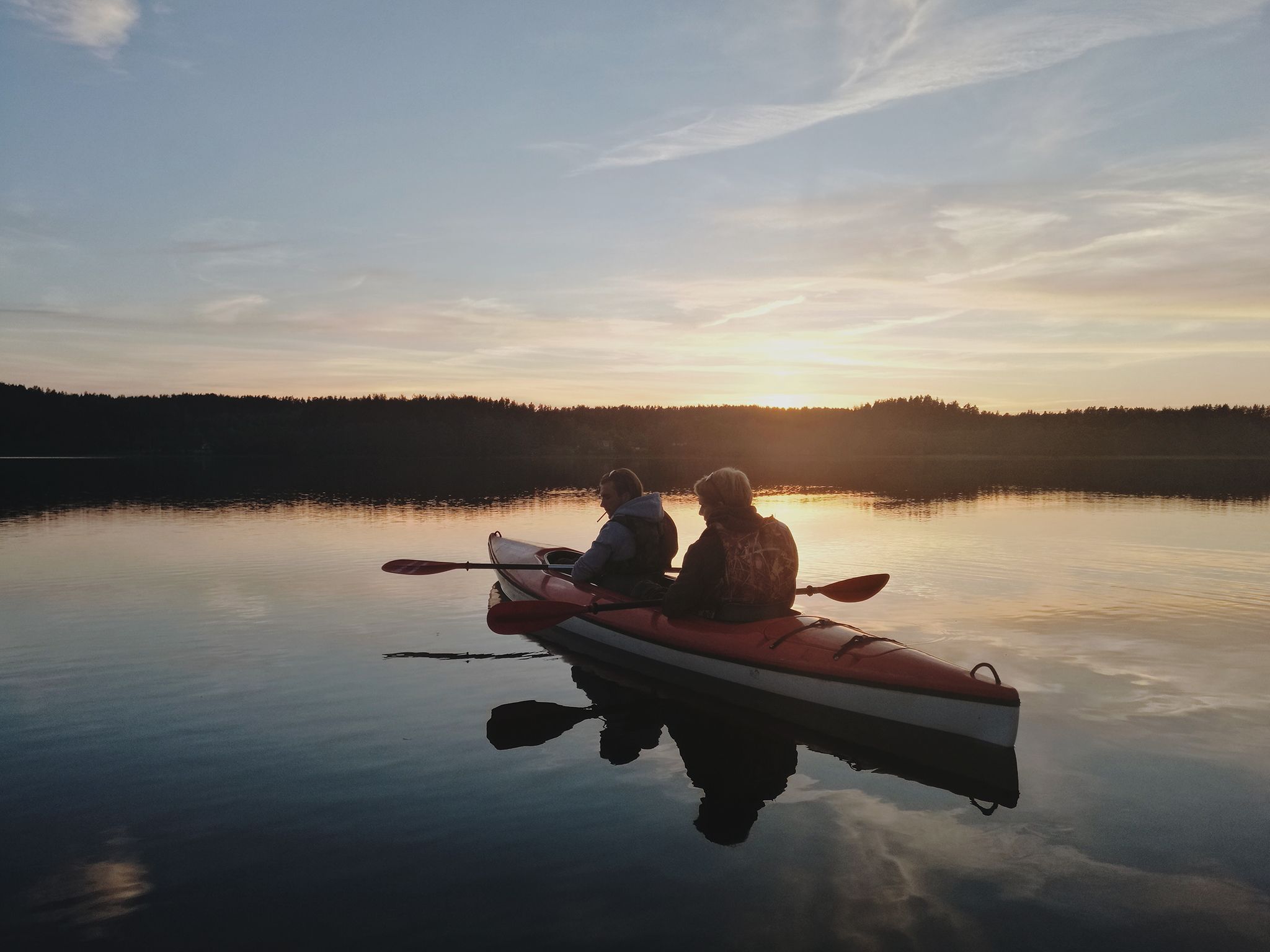 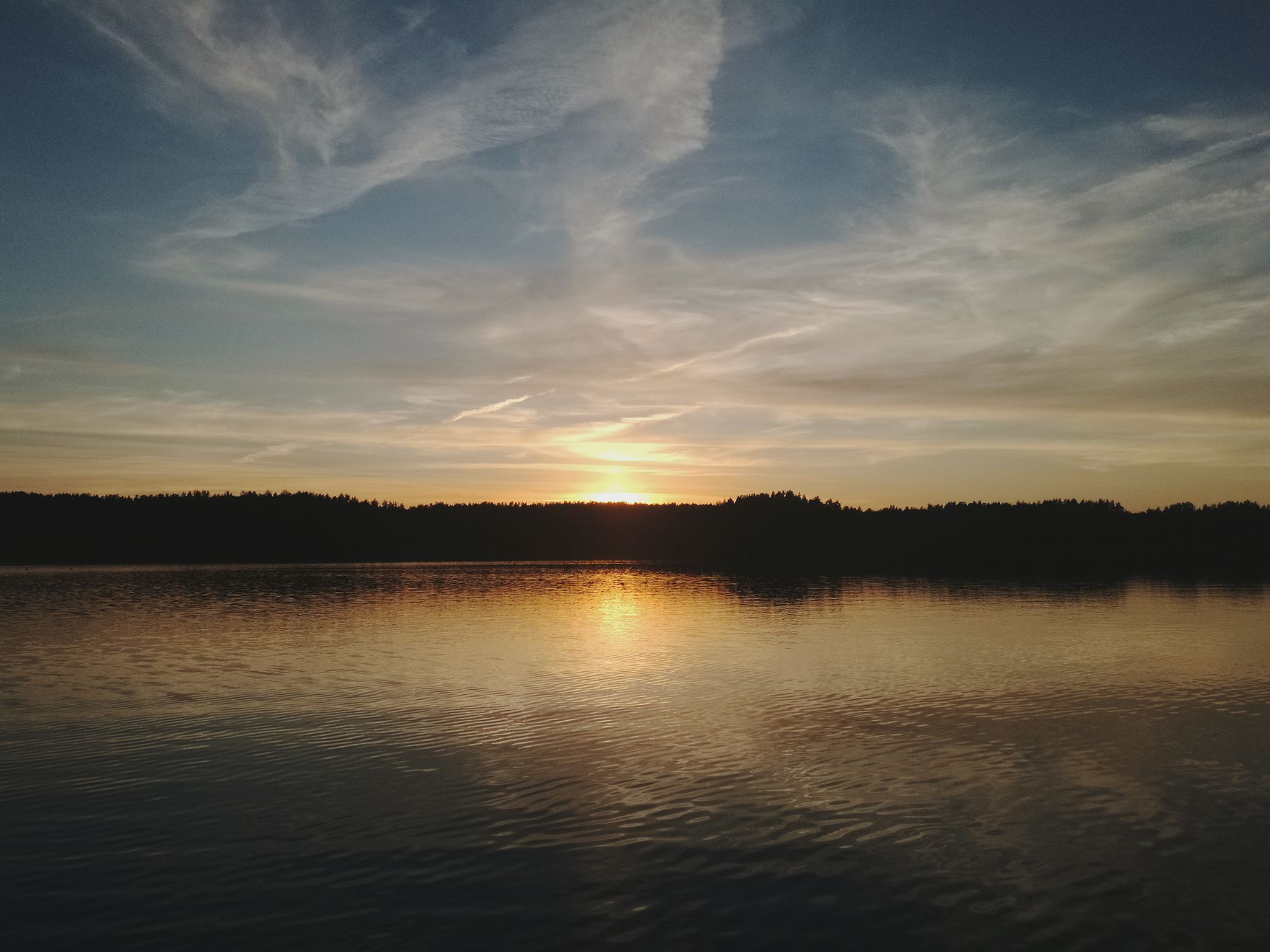 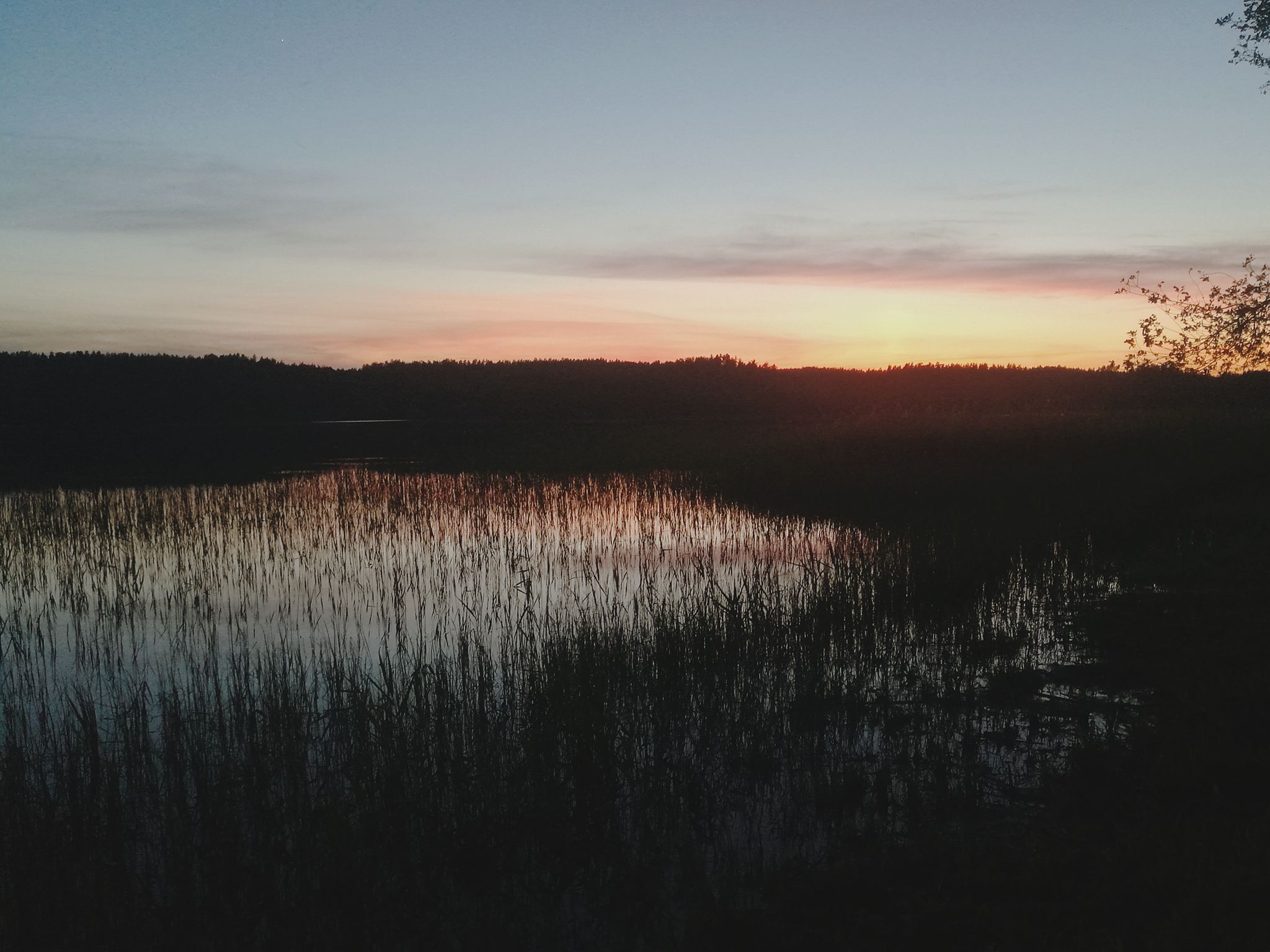 As a matter of fact, when we landed at the shore of the lake Almajas we were attacked by the hungry, blood-craving local tribesman of mosquitos. We had to build our camp real fast and set up the fire system to keep these tribesmen away. So that we could enjoy the sunset in serene tranquility. 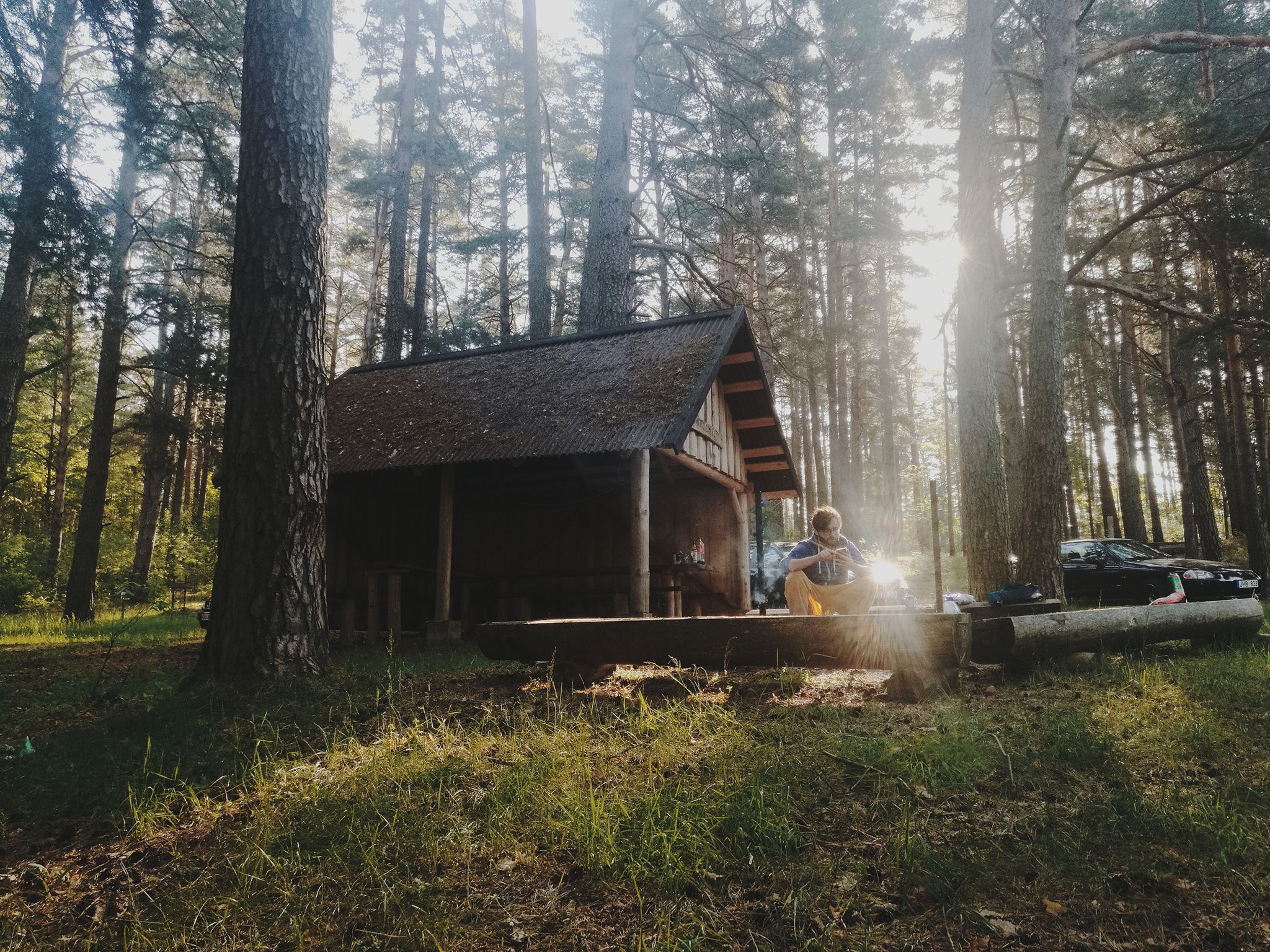 The second day started with an enervating heat. Which was perfect (in my opinion) to spend most of the day on the mirror-like lakes. Where the sun lights are constantly reflected back and boil you to look like a boiled crab. 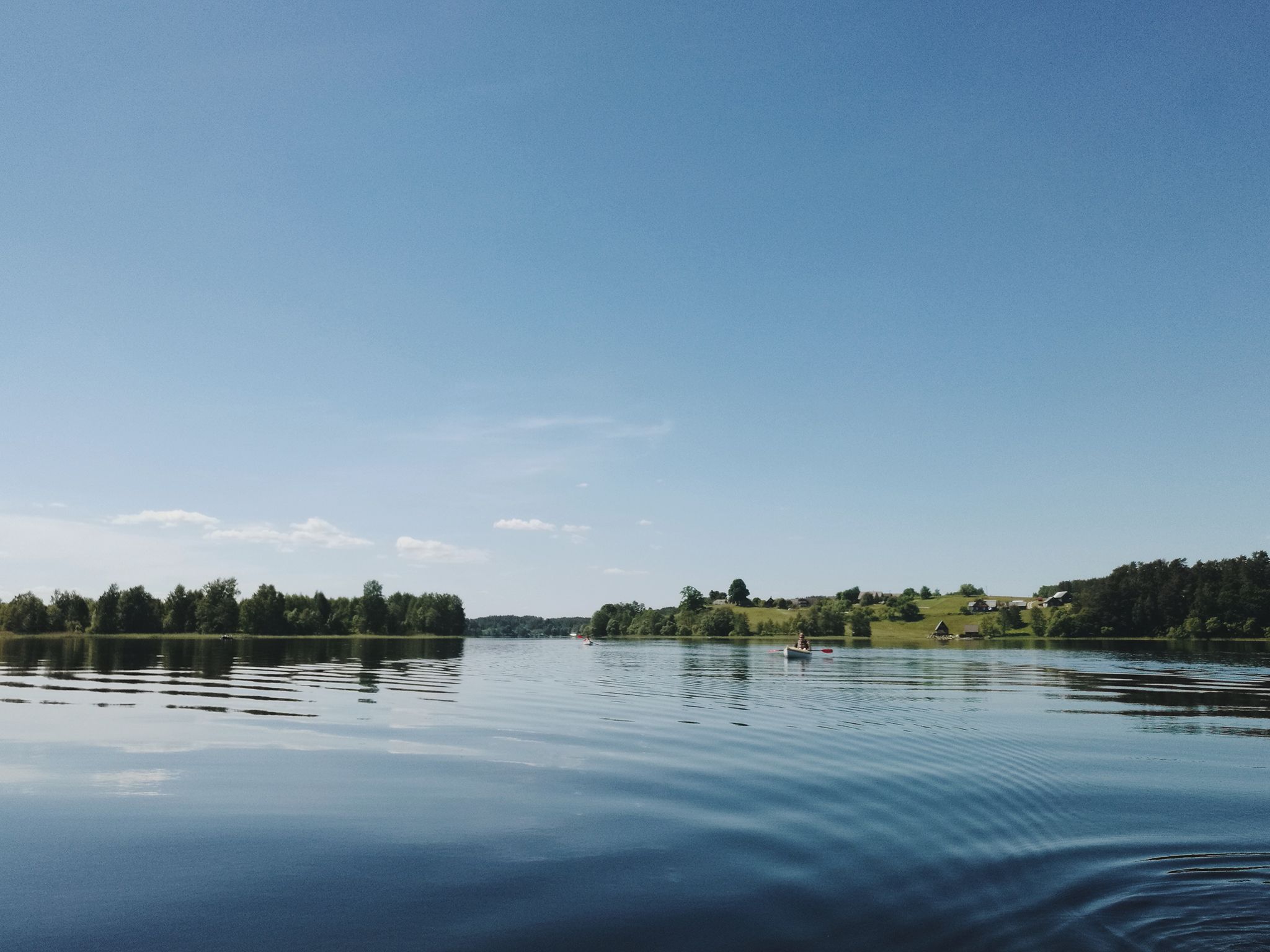 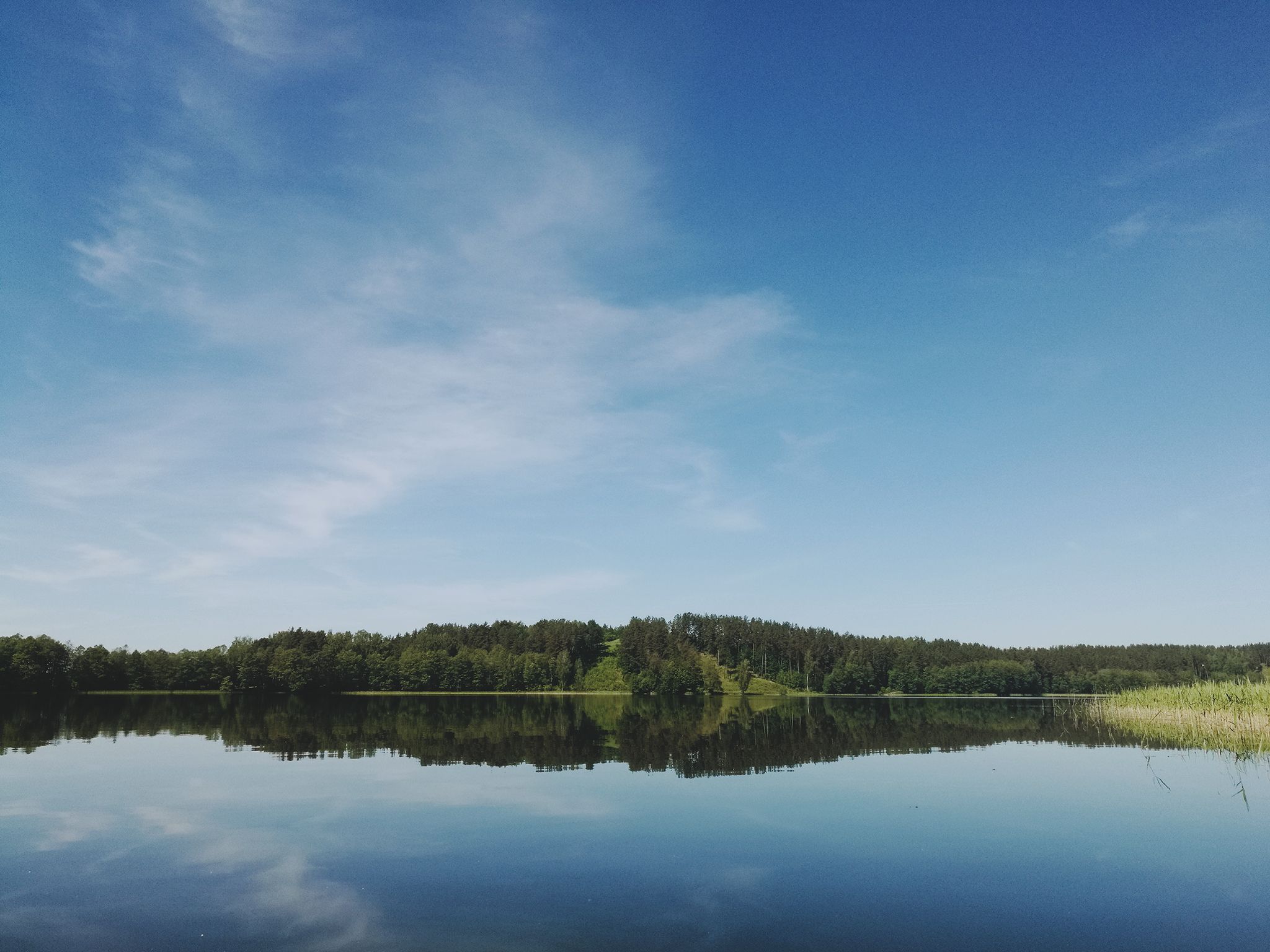 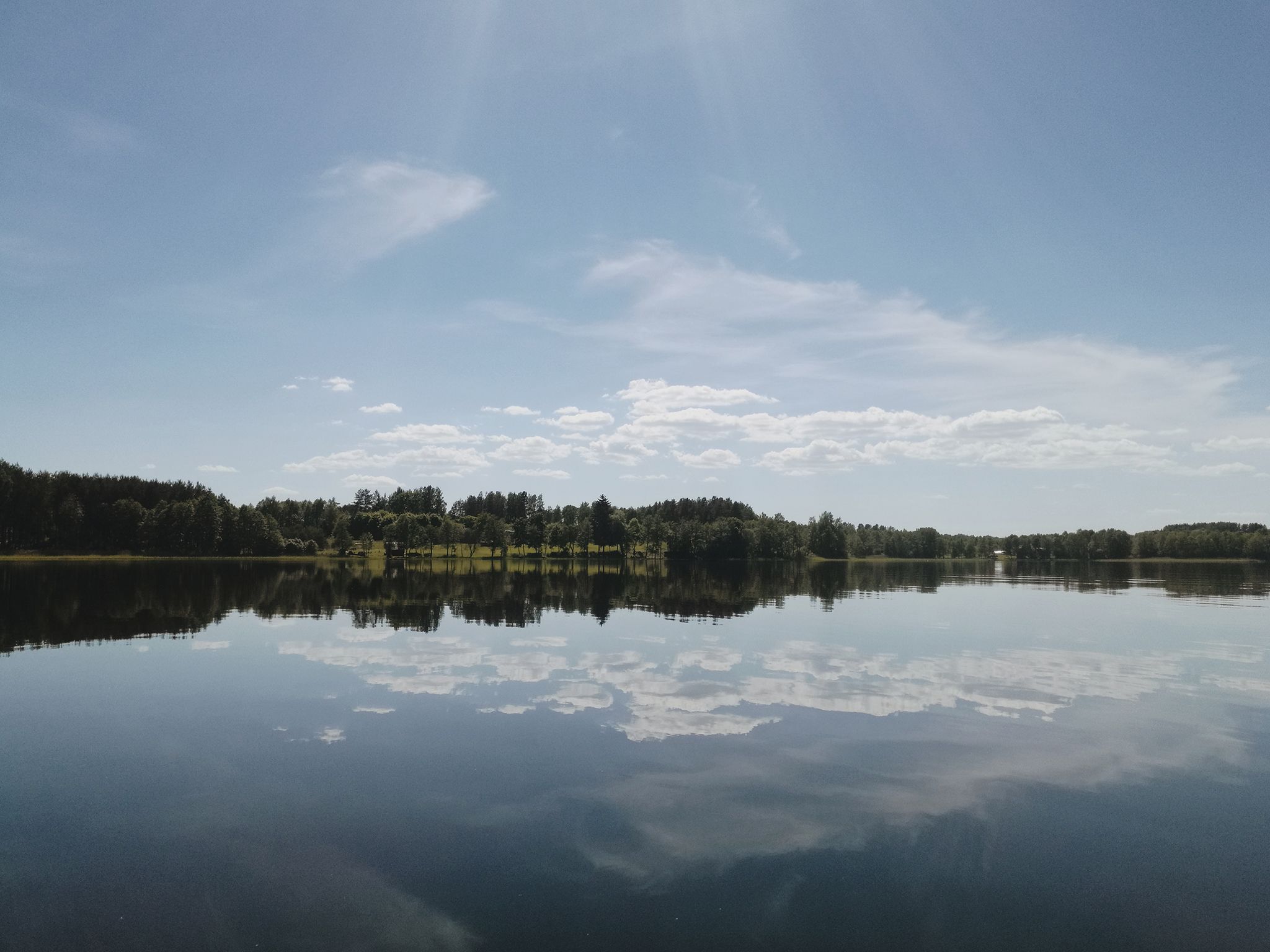 After we reached Linkmenas lake, we parked our canoes on the shore of around 170meters height hill – Ladakalnis. The view from the top was worth stopping by, allowing to see a handful of lakes. 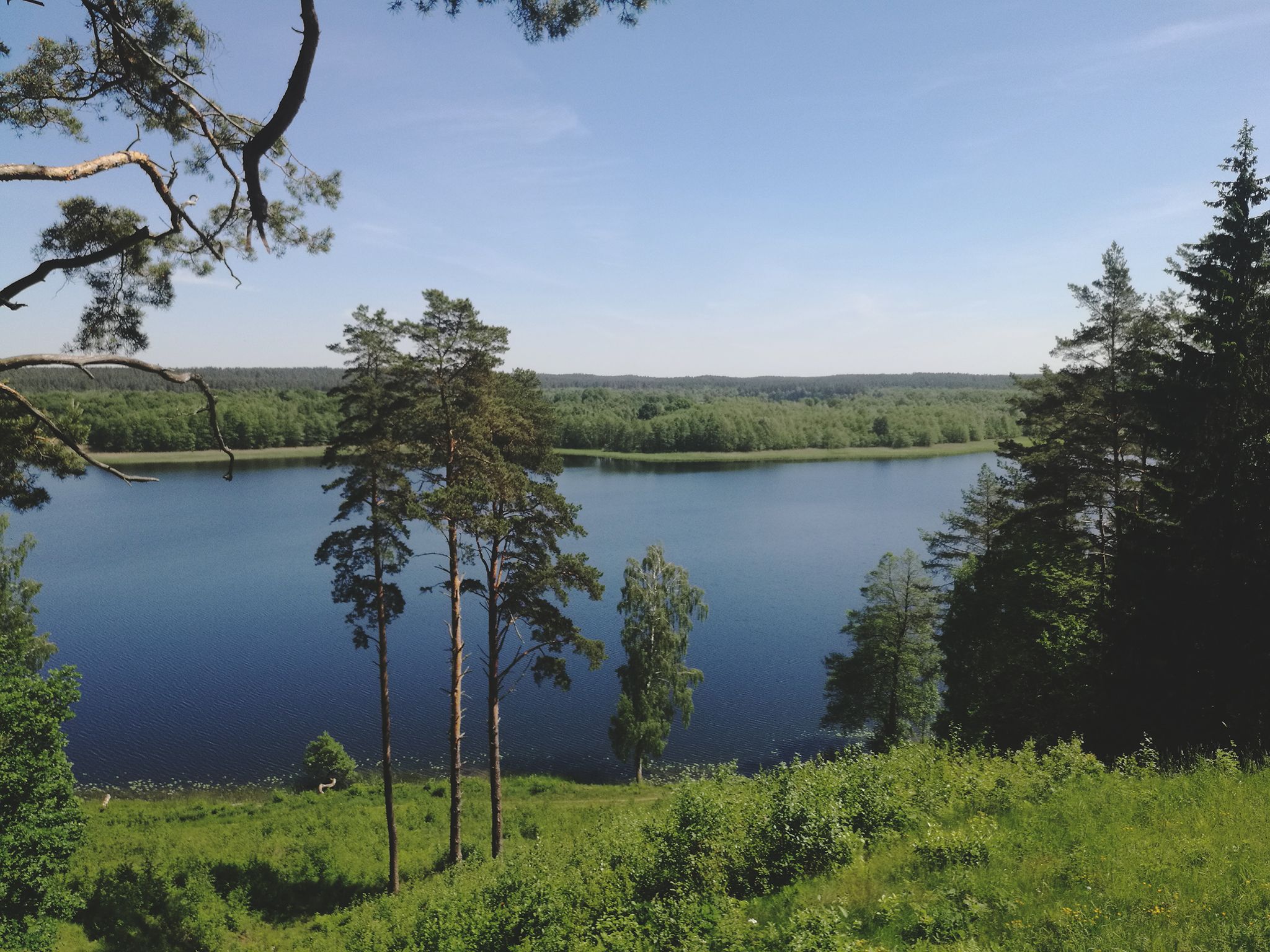 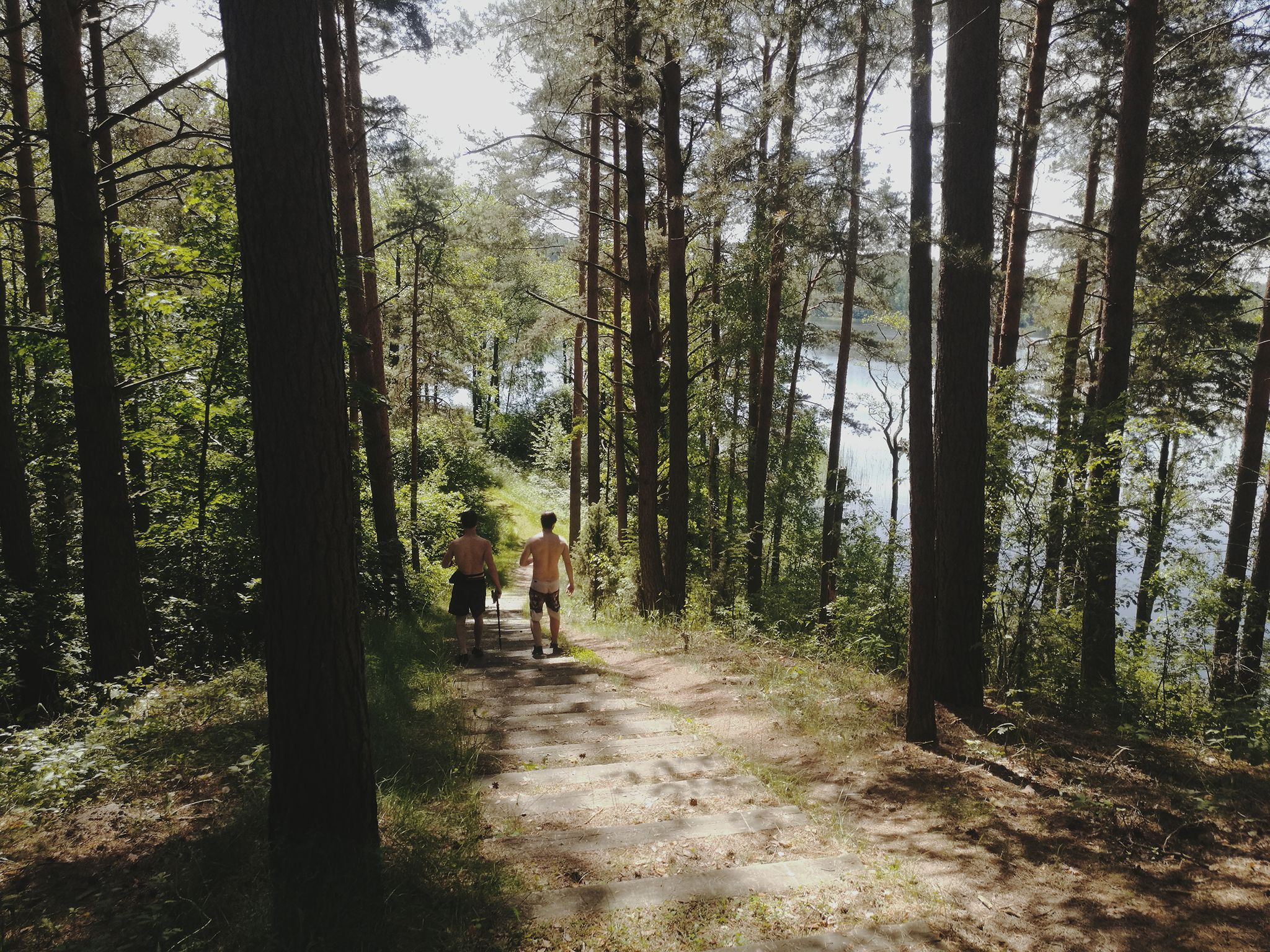 The rest of the trip we mainly traversed across the lakes. Only stopping to cool down from the scorching heat in cool waters of the lake. We tried to stop and explore one of the ethnic villages. Sadly we couldn’t find any entry to the village without trespassing on private property. Thus we cooked our launch at the footbridge and went on to explore the rest of the lakes and the scenic views. 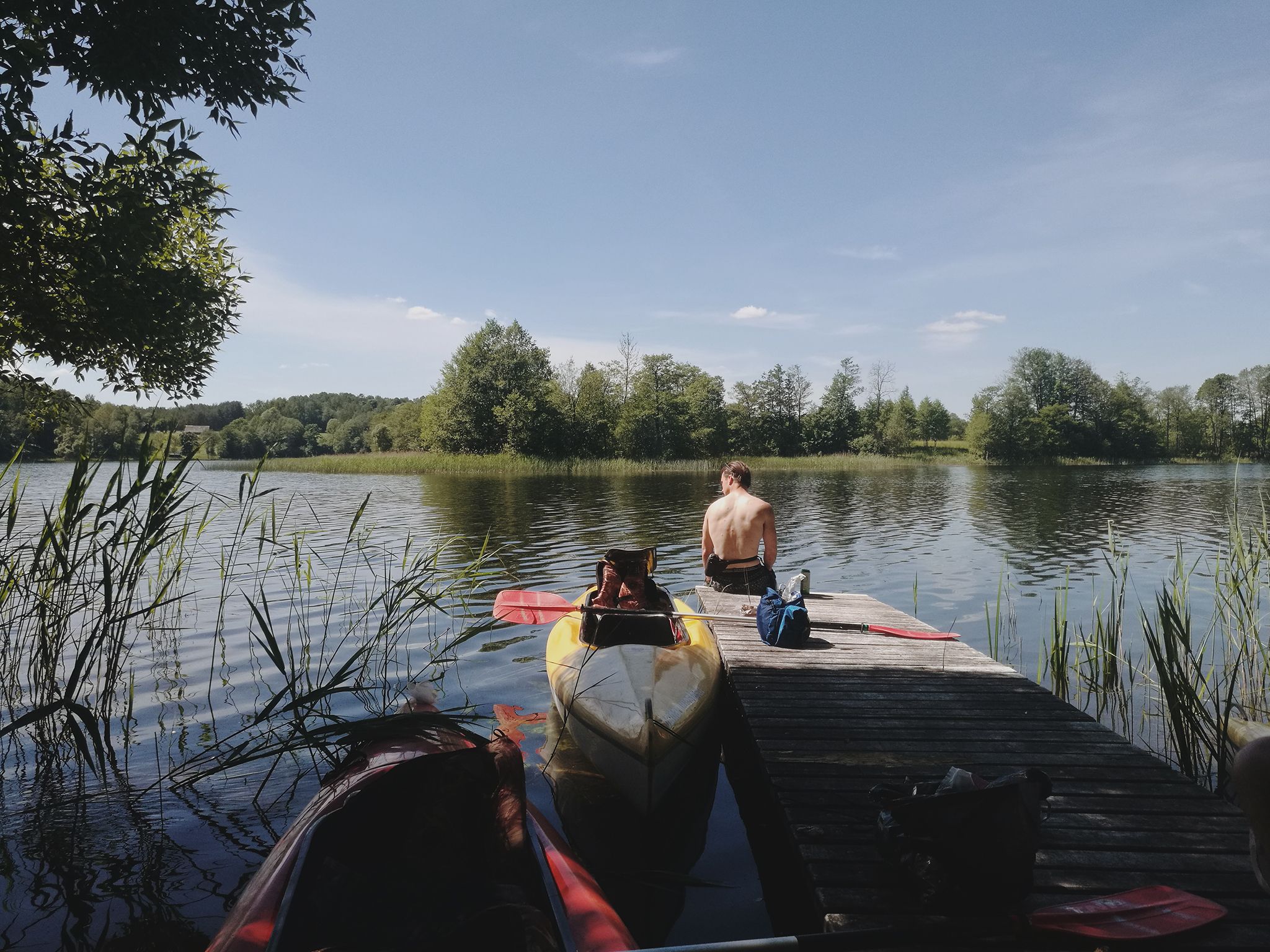 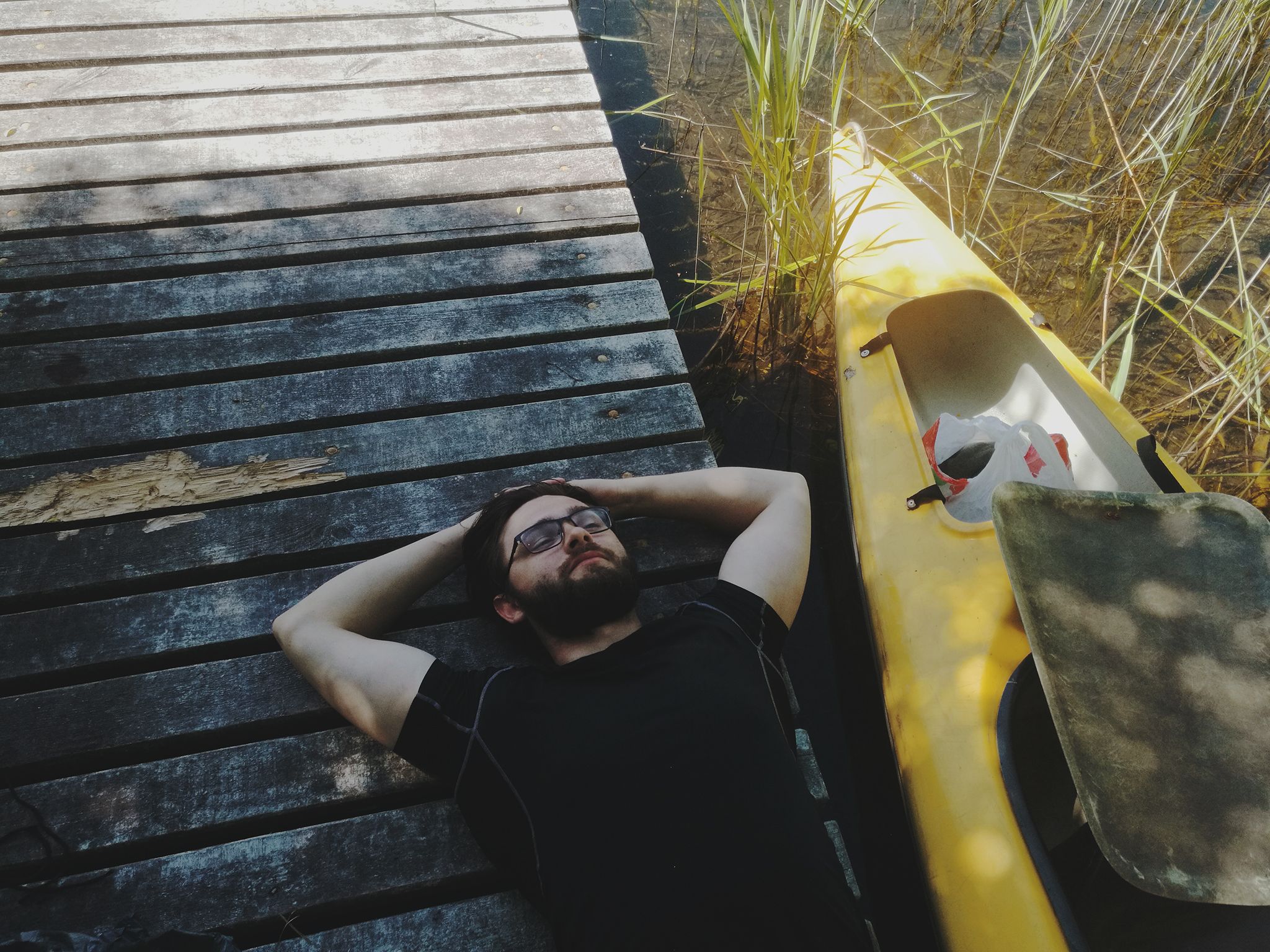 Anyone and I mean anyone that has a family or would like a relaxed trip canoeing through safe waters, scenic views, and thousands of years of history this place is a must. Our final stop was at the Paluse a small touristic village where we have rented our canoes from. 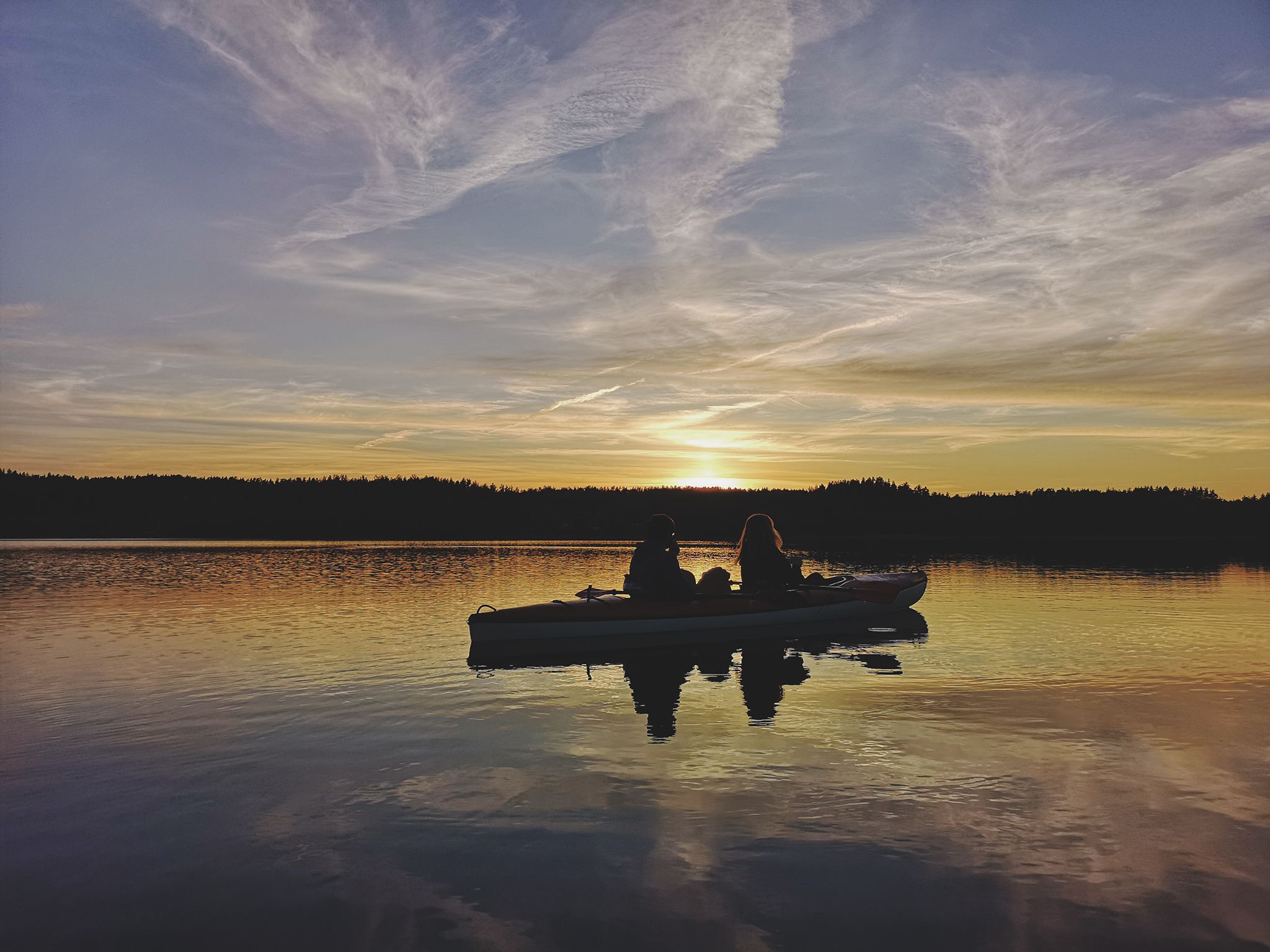