Hiking In Georgia In The Lands Of Unconquered 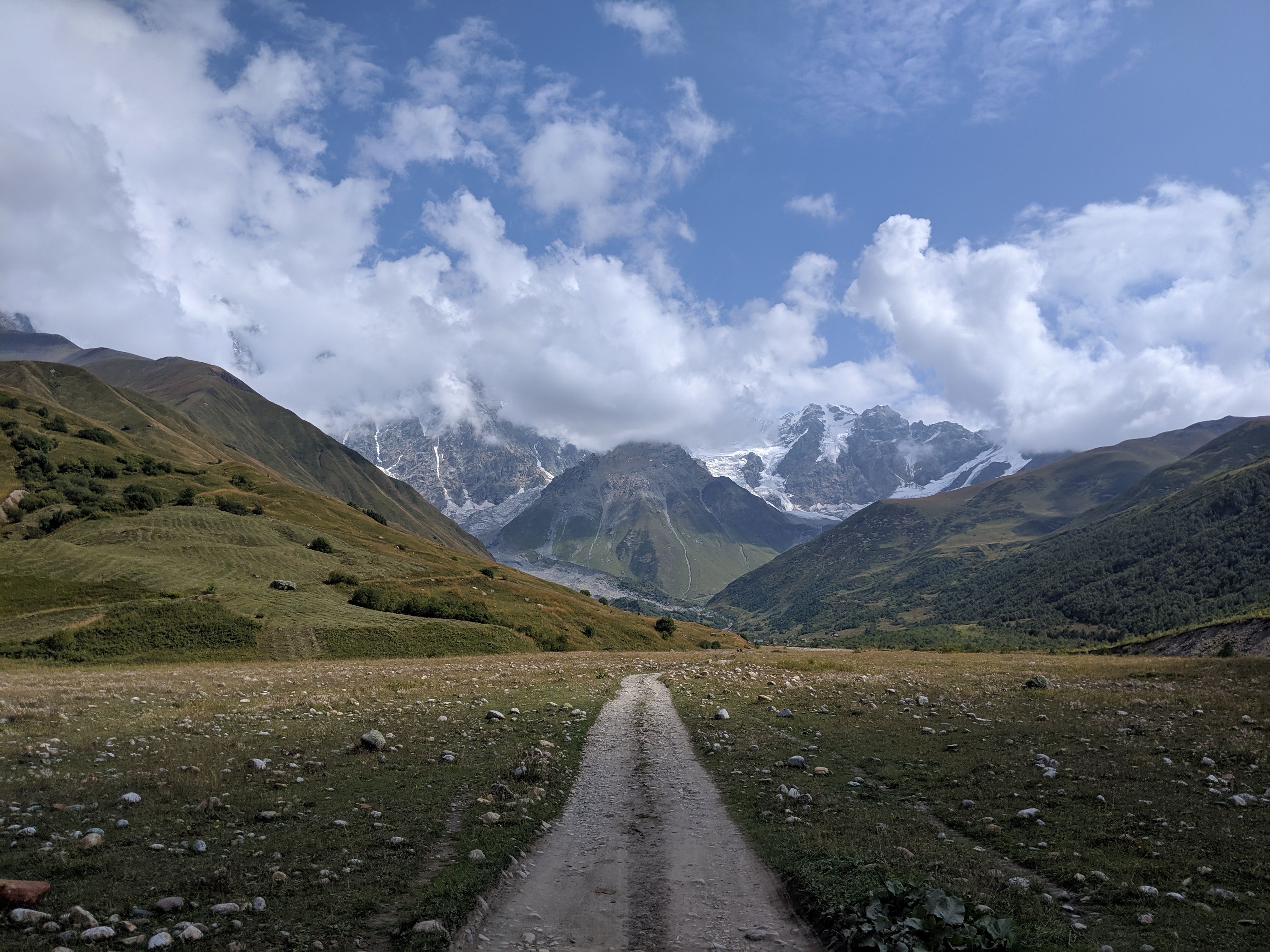 The first time I heard about Georgia was from the late traveler Marco Polo. Who has briefly described the country in his book.

“There are numerous towns and villages, and silk is produced in great abundance. They also weave cloths of gold and all kinds of very fine silk goods. The country produces the best goshawks in the world. It has indeed no lack of anything, and the people live by trade and handicrafts. ‘Tis a very mountainous region, and full of strait defiles and of fortresses, insomuch that the Tartars have never been able to subdue it out and out.”

I have also heard from other traders that pass through the region that people are immensely kind, the food is great the architecture in the mountains is strange and the views are fantastic.

For the desire in a way to explore the places of Great Marco Polo and the stories heard from other traders, I have decided to collect a small group of people and explore part of the country.

We have arrived in the Svanetia region, Mestia city in the evening after a gruesome trip that took us across the seas and mountains and deep lush valleys. Just to fulfill the dream.

It was already late and the craftsmen, silk workers, and artisans had already closed their stalls. And the streets were ruled by the food peddlers. However, food will have to wait. First of all a tavern to stay. 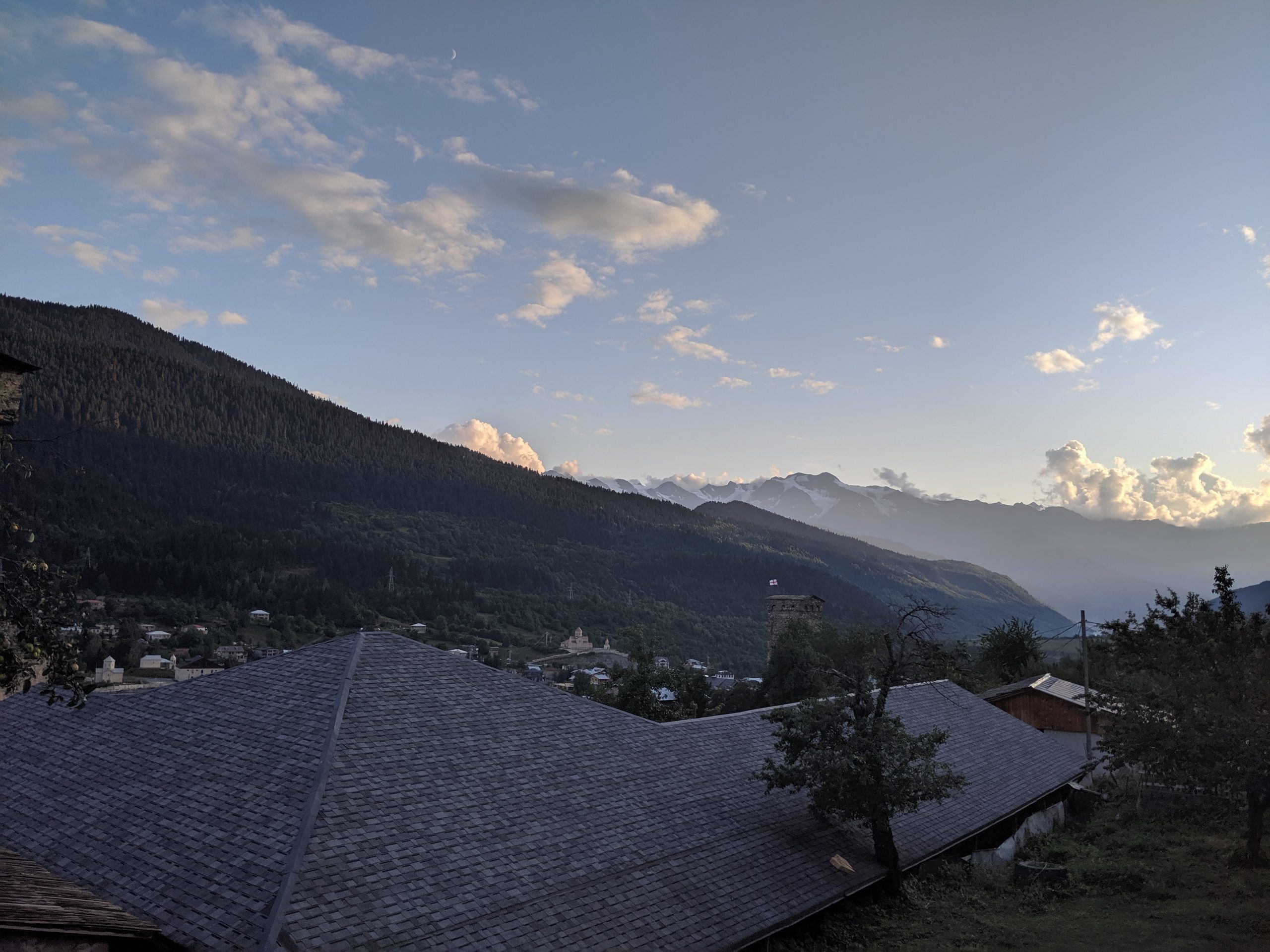 We passed by the first tavern where we stood there for a moment, listened to the hubbub of voices. As usual, at this hour it was full of people. We did not enter we had another tavern in mind a bit further out. On the outskirts of the city. It was recommended to us by someone who visited this village beforehand.

From our room windows, we noticed that the whole town was decorated with ancient towers that were used for protection from neighboring tribes. They were so well built that the region officially has never been conquered. 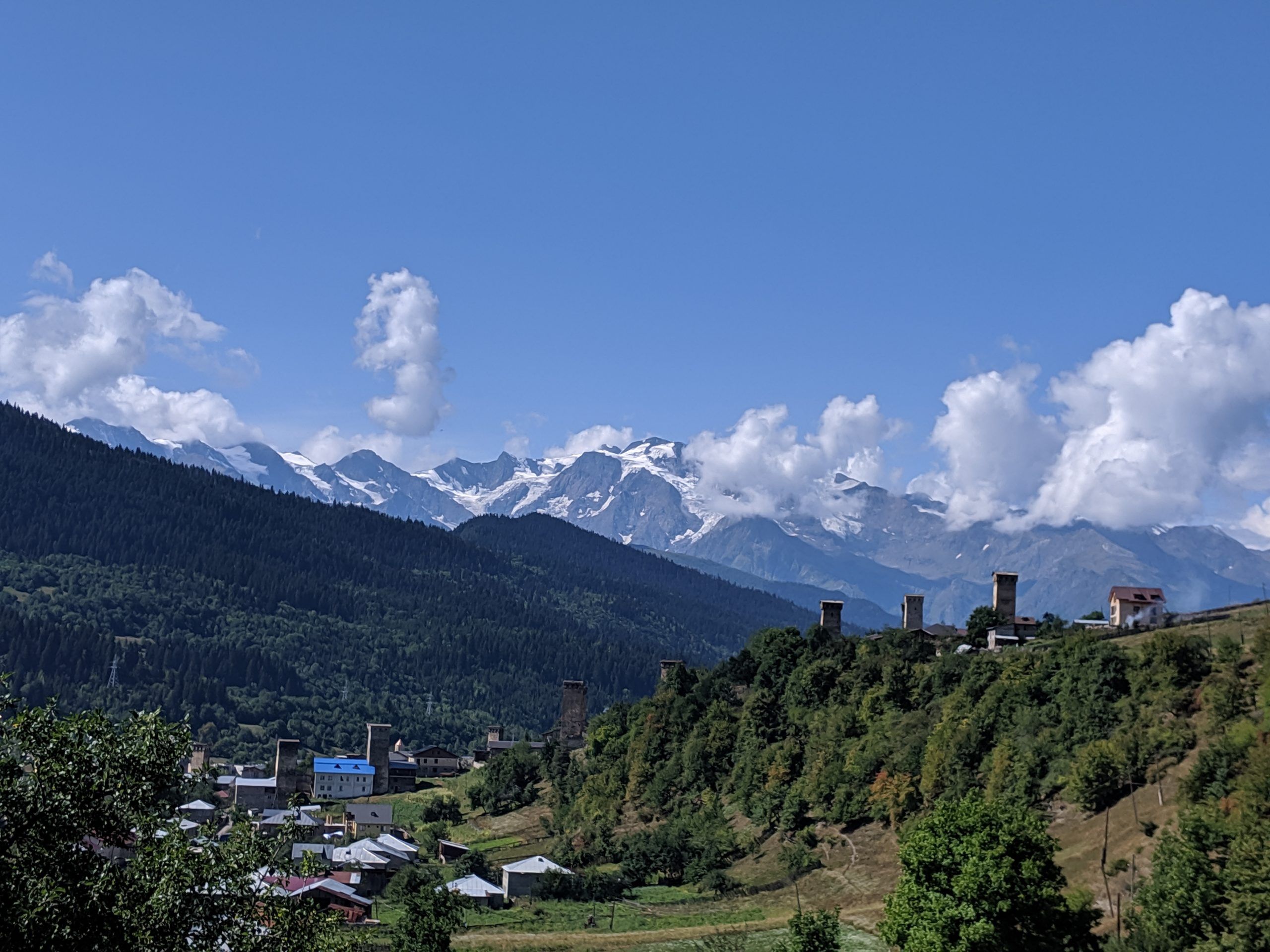 The outskirts of the village still have the feeling of an ancient place just like in the stories of Marco Polo even tho the city center feels more like high-end mountainous tourist places in Austria. 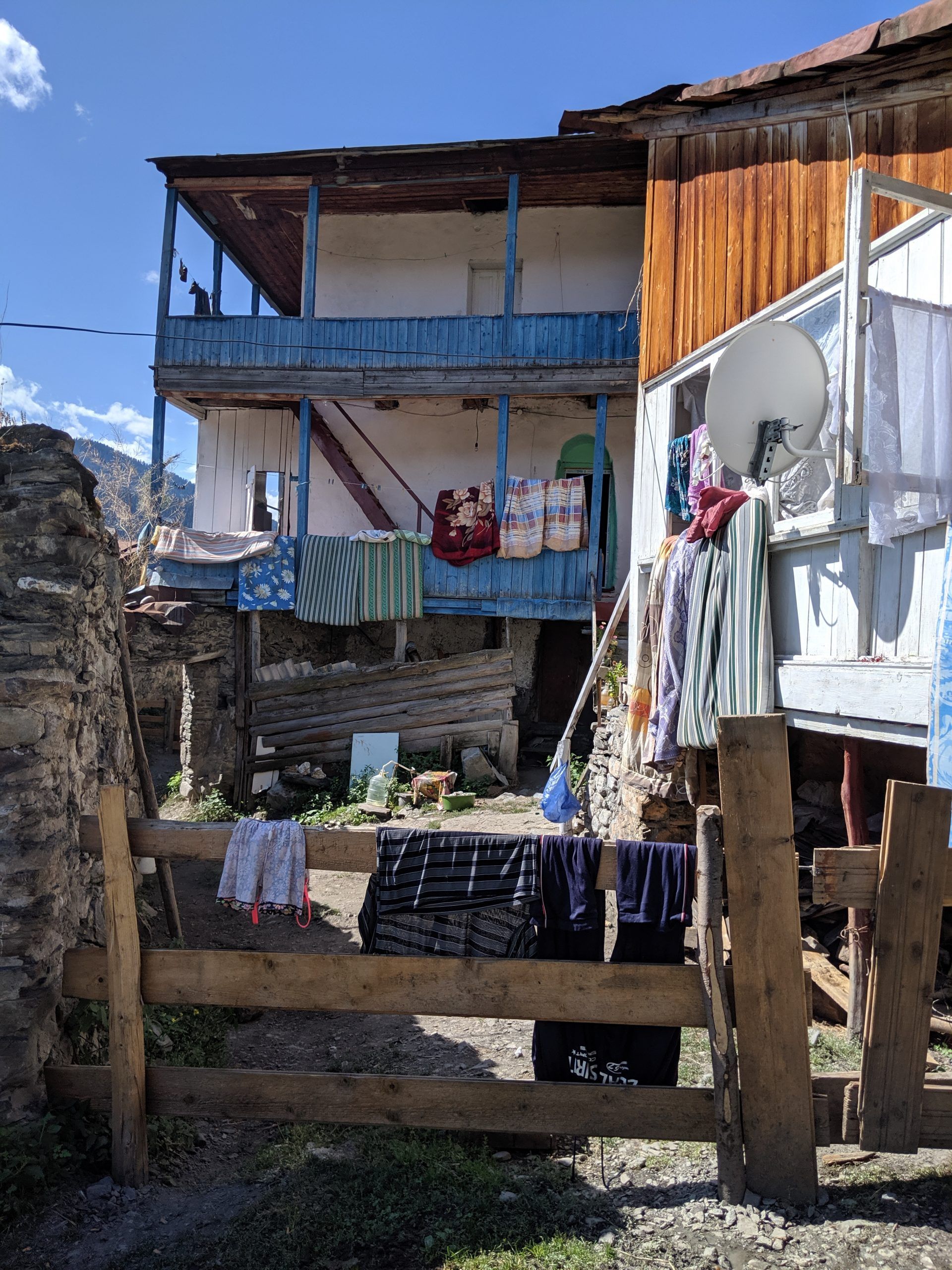 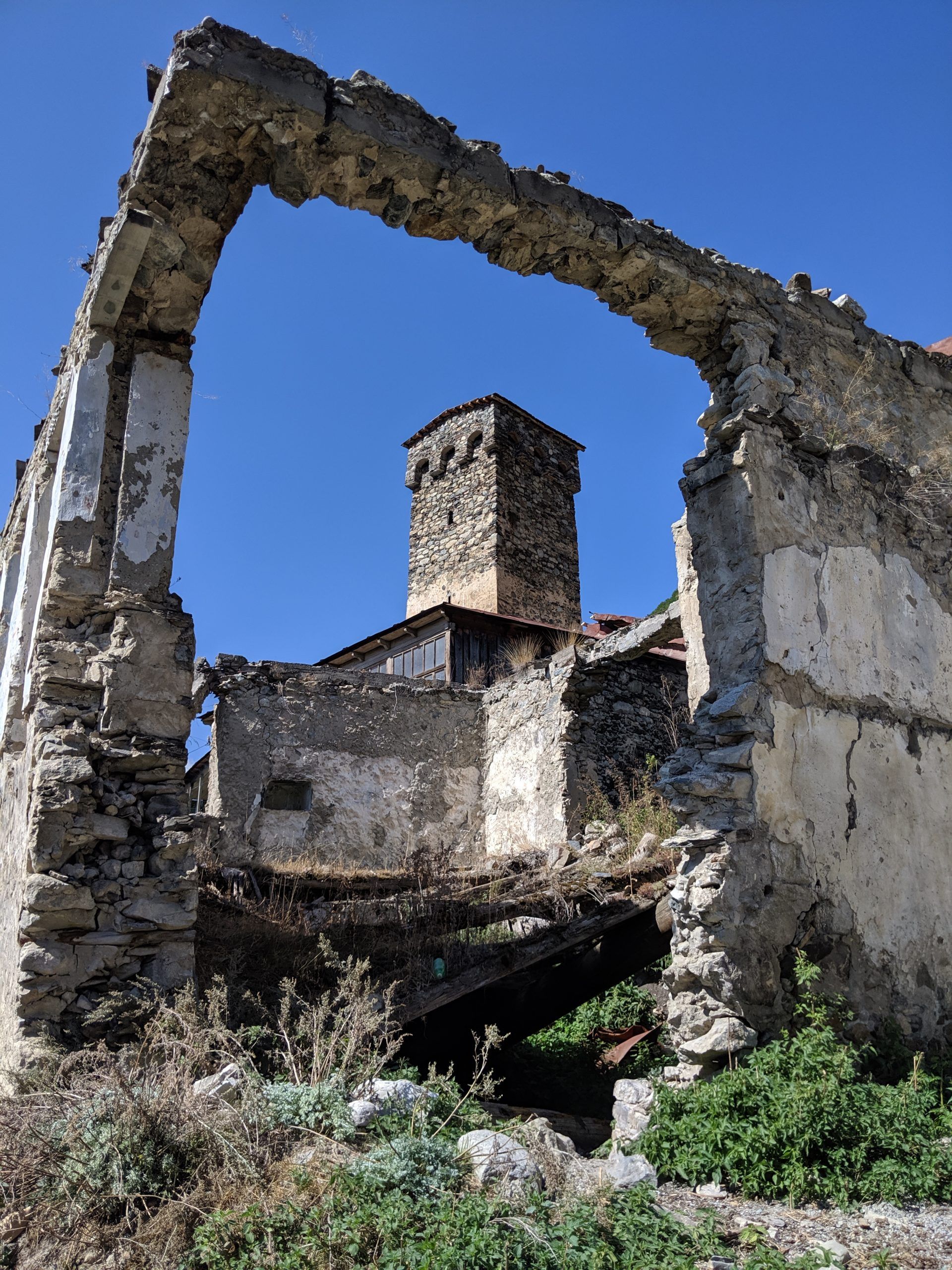 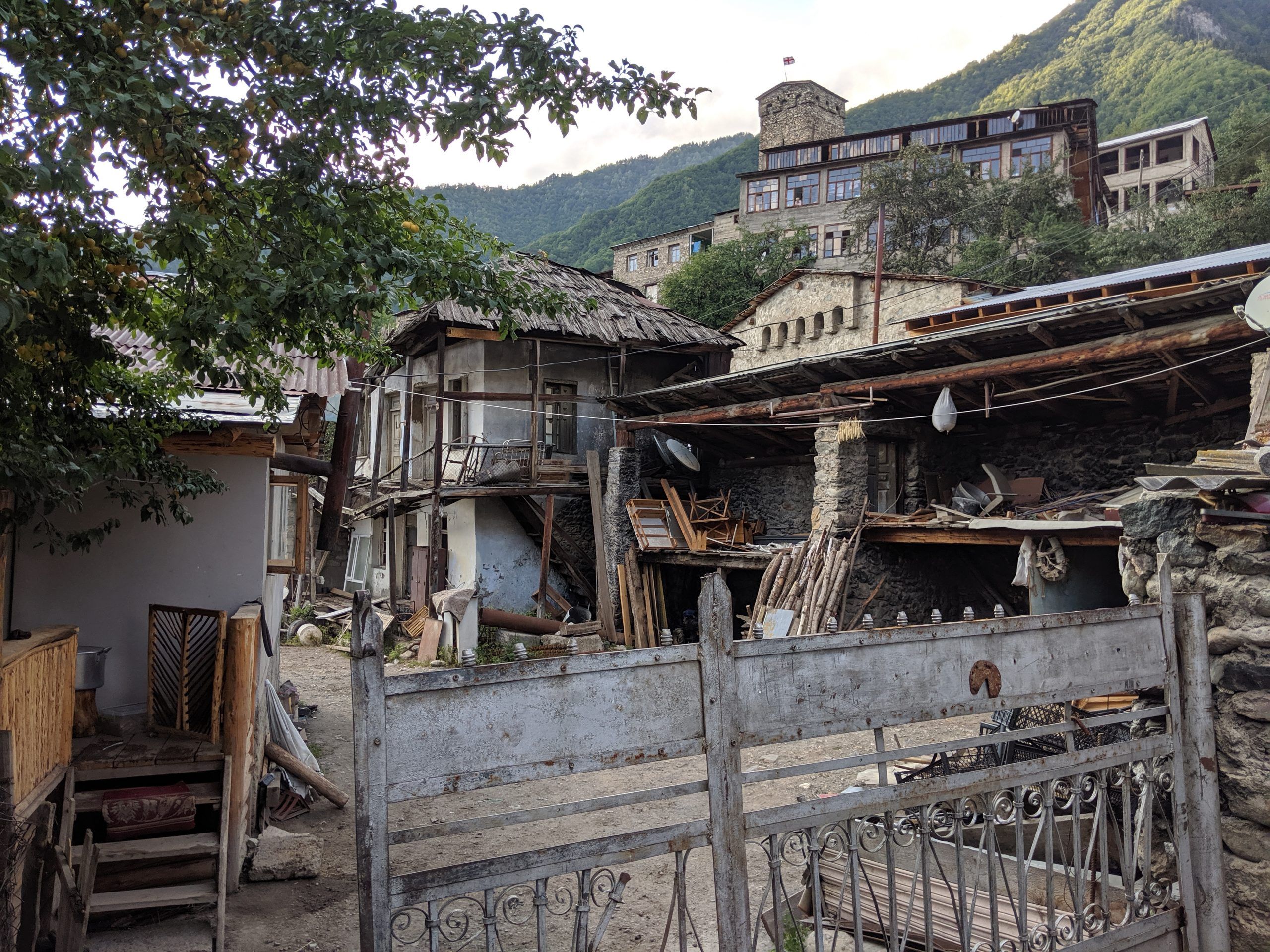 2 days later mid-morning sun warmed our backs as we crossed the small river and made our way along the dusty road before turning up a lesser-known way and heading back into the hills to continue our journey unobserved. 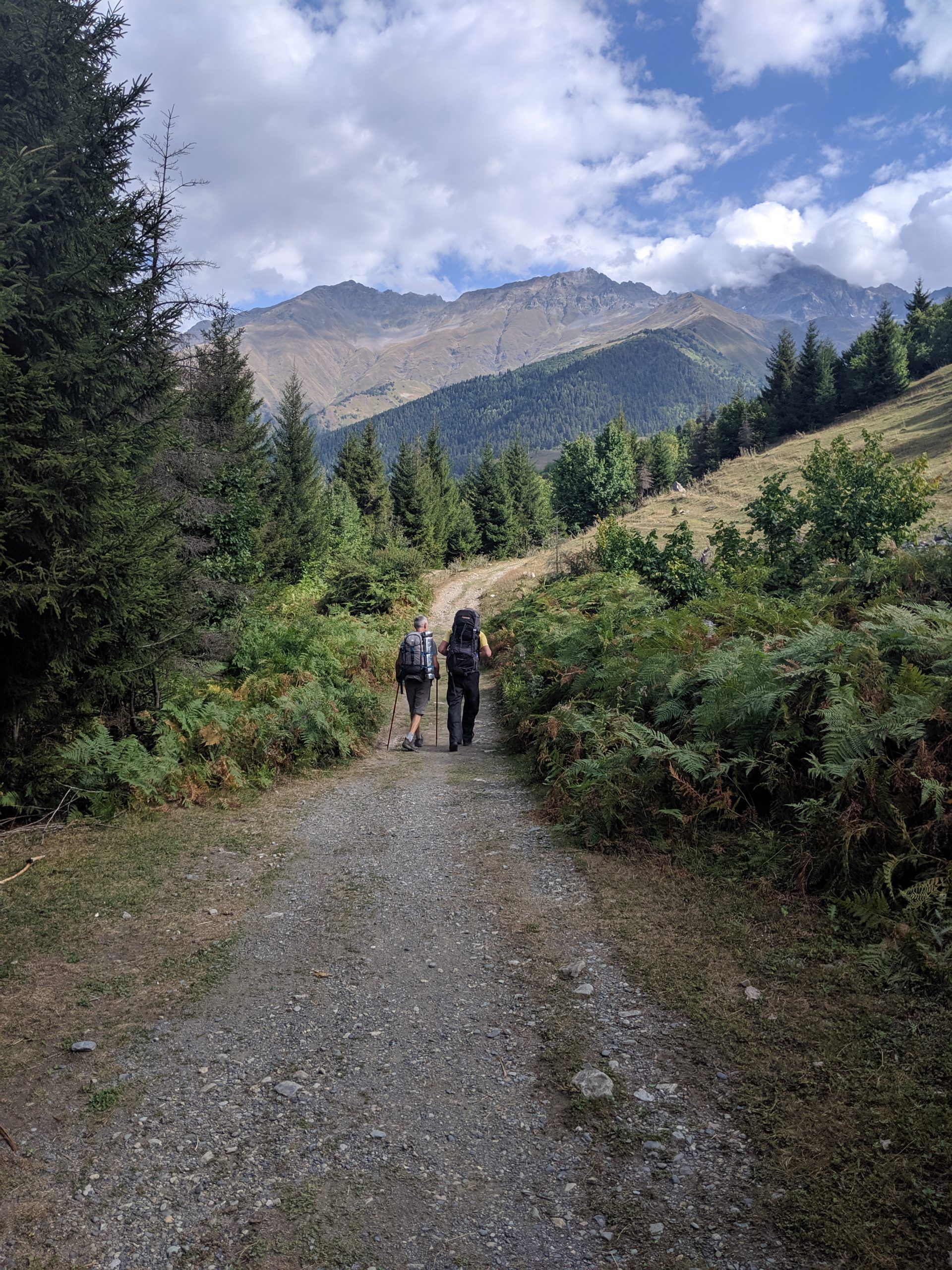 Our hike took us through many valleys and long-forgotten villages. Two that caught my eye. 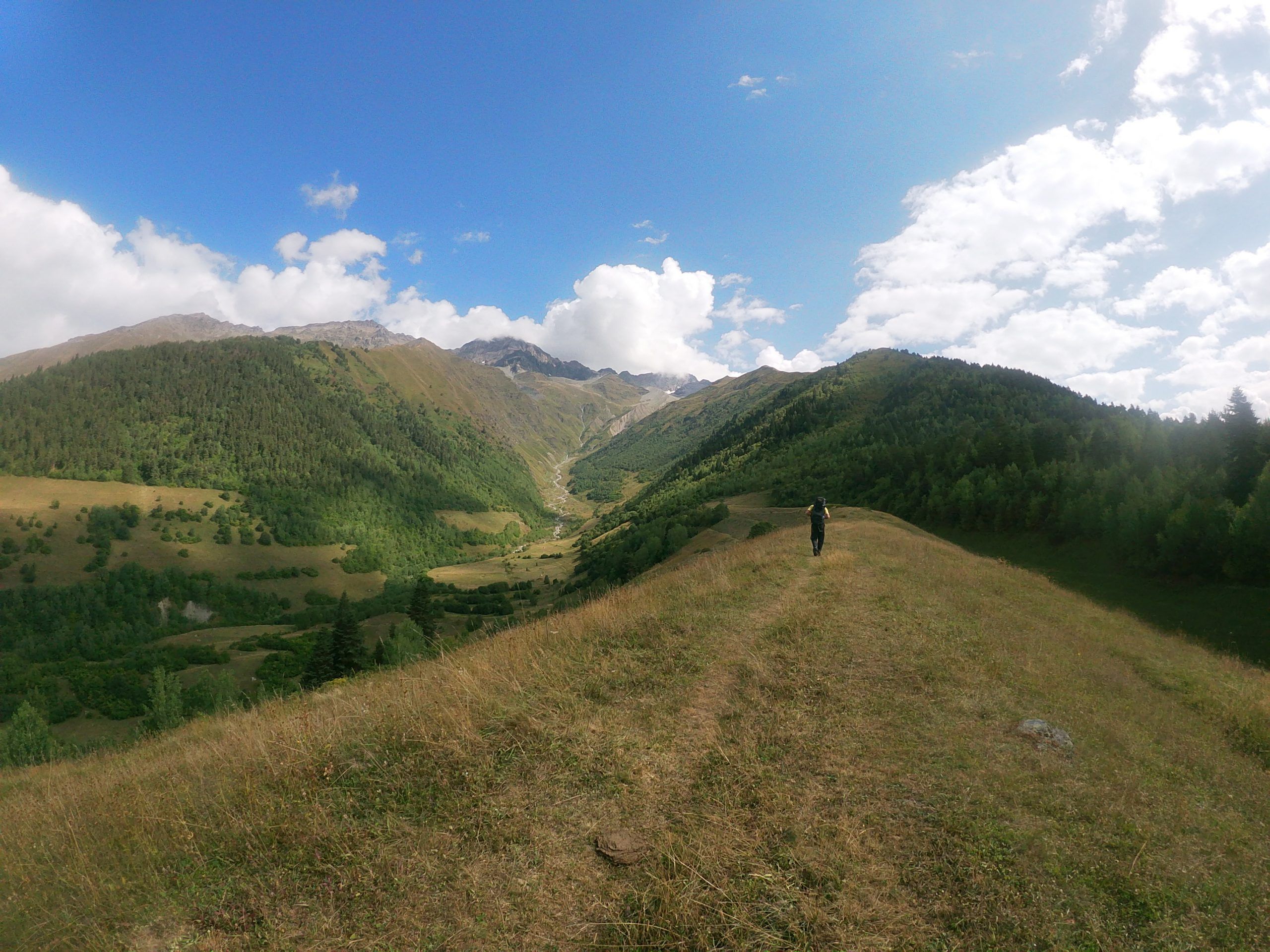 Zabeshi village of around twenty adobe houses, built on the bank of a river of clear water that ran along a bed of spiked stones, which were white and enormous, like prehistoric eggs. Here we stayed at a place suggested by the artist who has friends in the village.

The people are friendly and proud of their ways. Every single one is a businessman. Owning a guesthouse for the influx of tourists. They’re tight-lipped people who use words only when necessary but warm-hearted nonetheless. 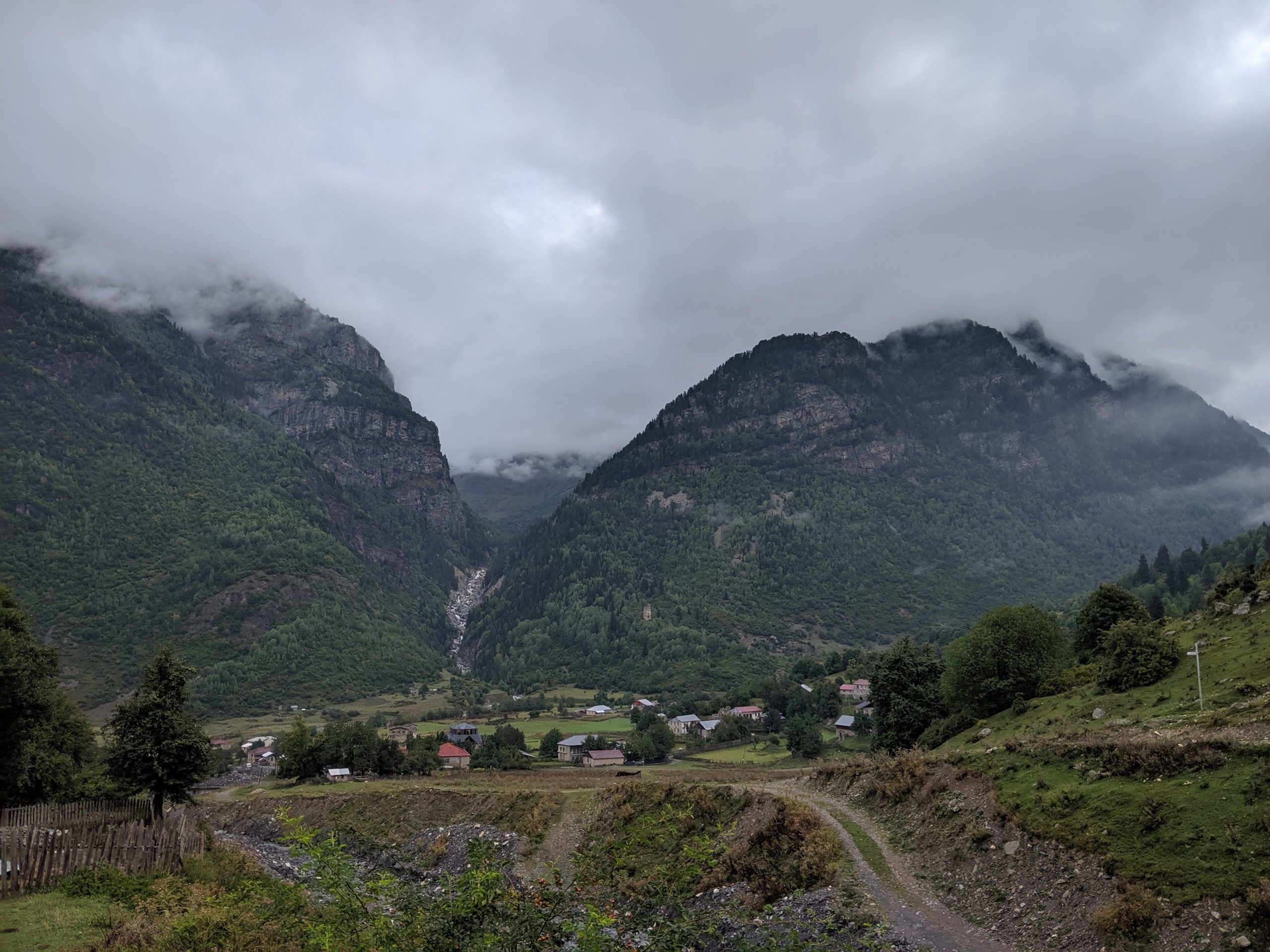 Settlement of Adishi. It looked rustic just like you would imagine a medieval village. Built on a cliff in a very narrow valley a few steps to the right and you would fall down into the river down the steep cliff. The travelers and the locals that recently came back revere this feature. With dirty streets full of cattle excrement and dirt, with some of the buildings falling over, while others being repaired. 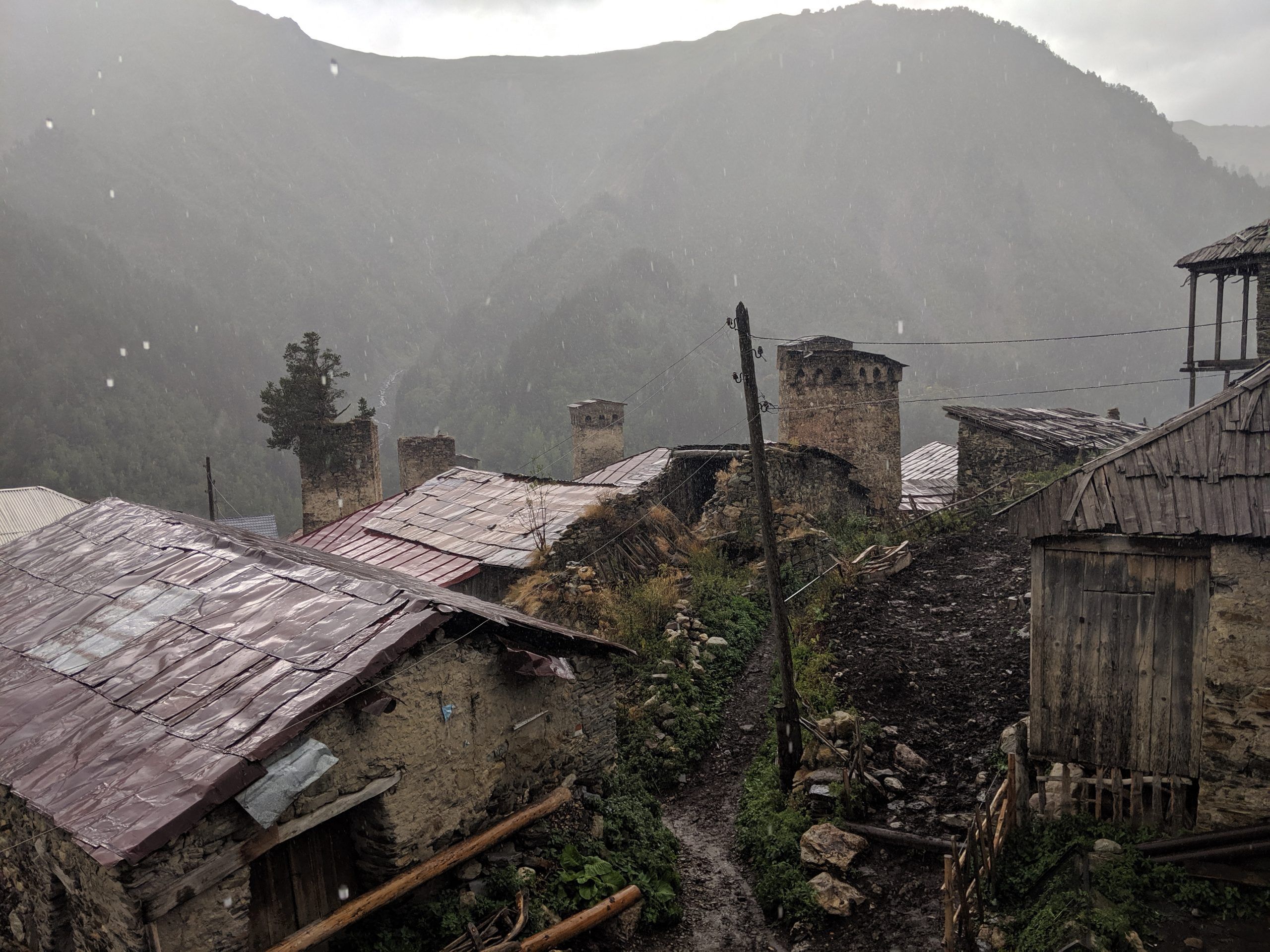 Some farmers living and some living from the passing travelers. People are very different compared to the previous village. Here they are more talkative and friendly always ready for a drink and fun time. We stayed in a Tavern called Nino and Tarzan with a friendly bunch who have prepared a kingly dinner. 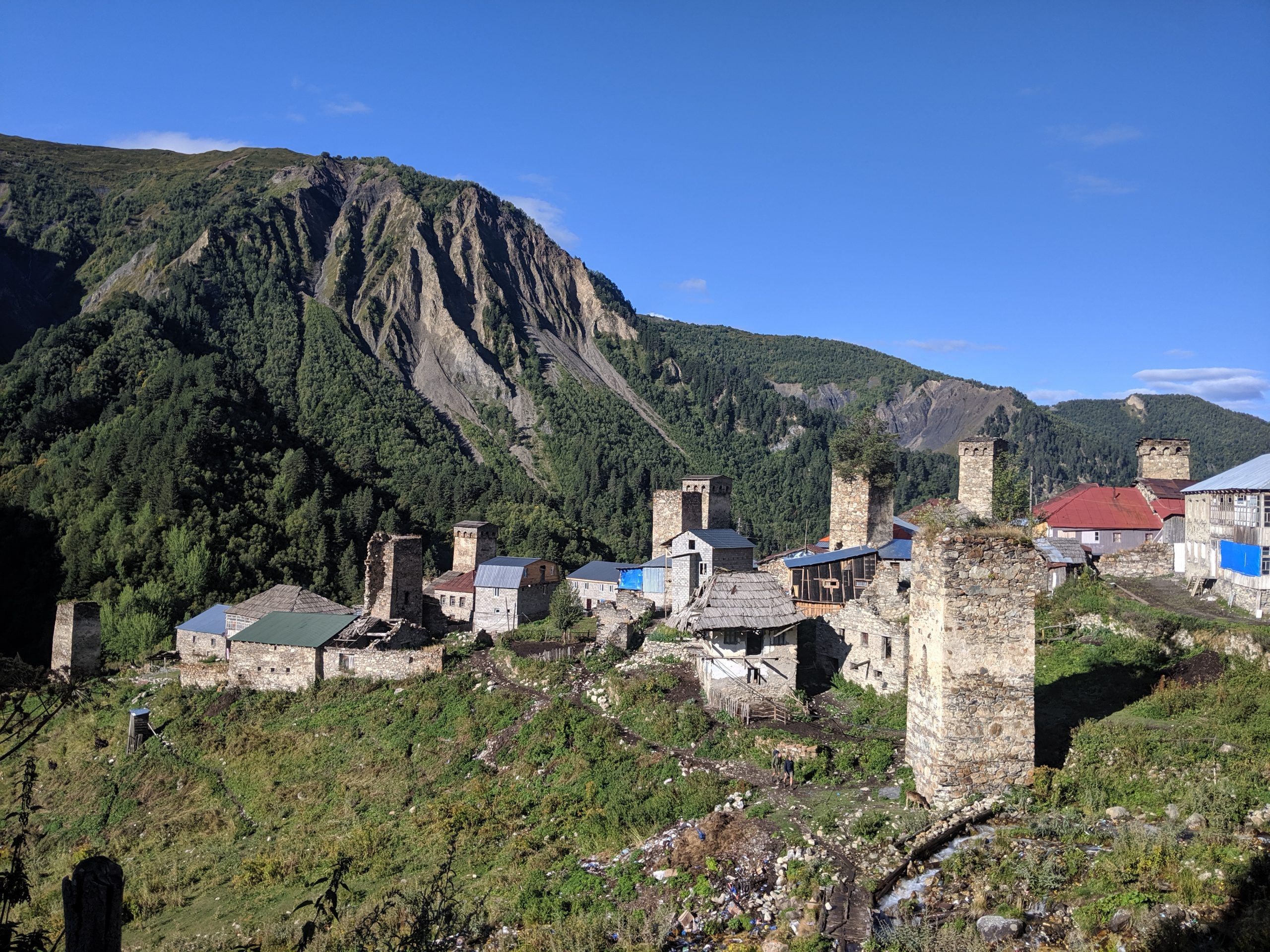 While the valleys settled by mountains with flour-white peaks. Brooding in the distance. With rivers roaring at the bottom. While the floor of the valley and surrounding hills are lush green where herds of cattle enjoy the pastures with shrubs growing on the sides and one or another tower peaking out letting know that there is a village somewhere nearby. 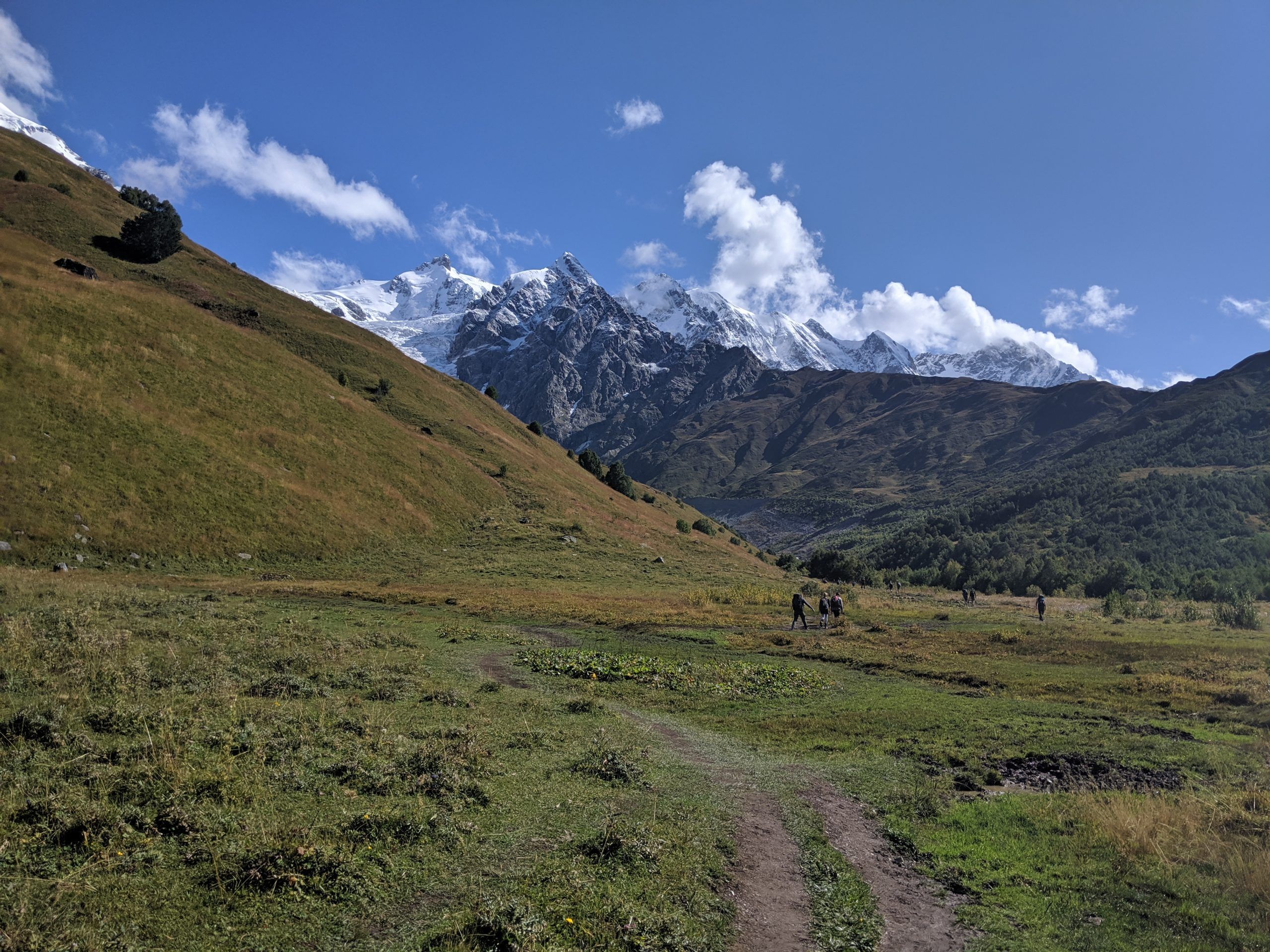 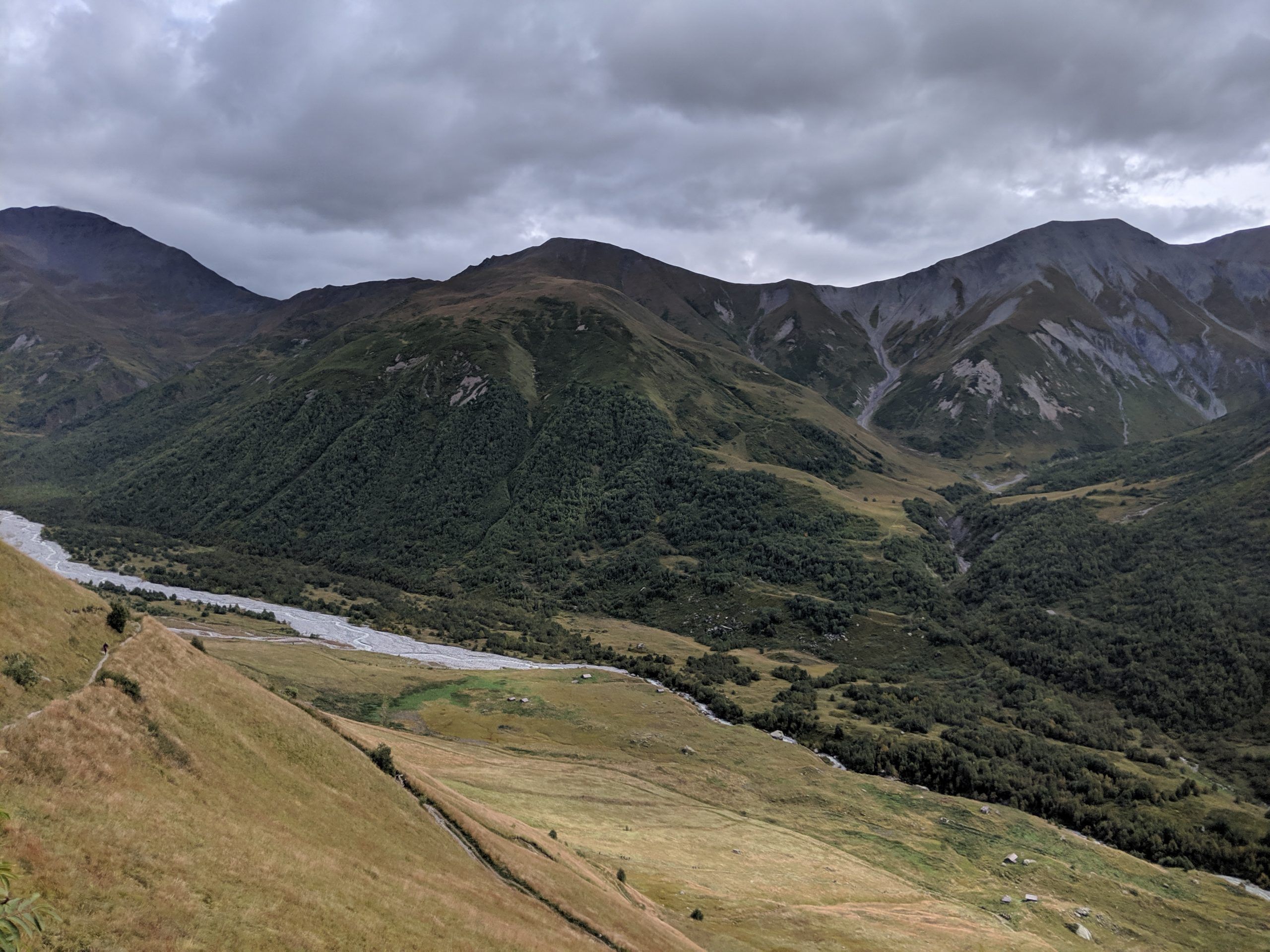 This was our freedom for 5 days. We hiked around 70 km before we reached the final stop Ushguli. The highest living village in Europe. 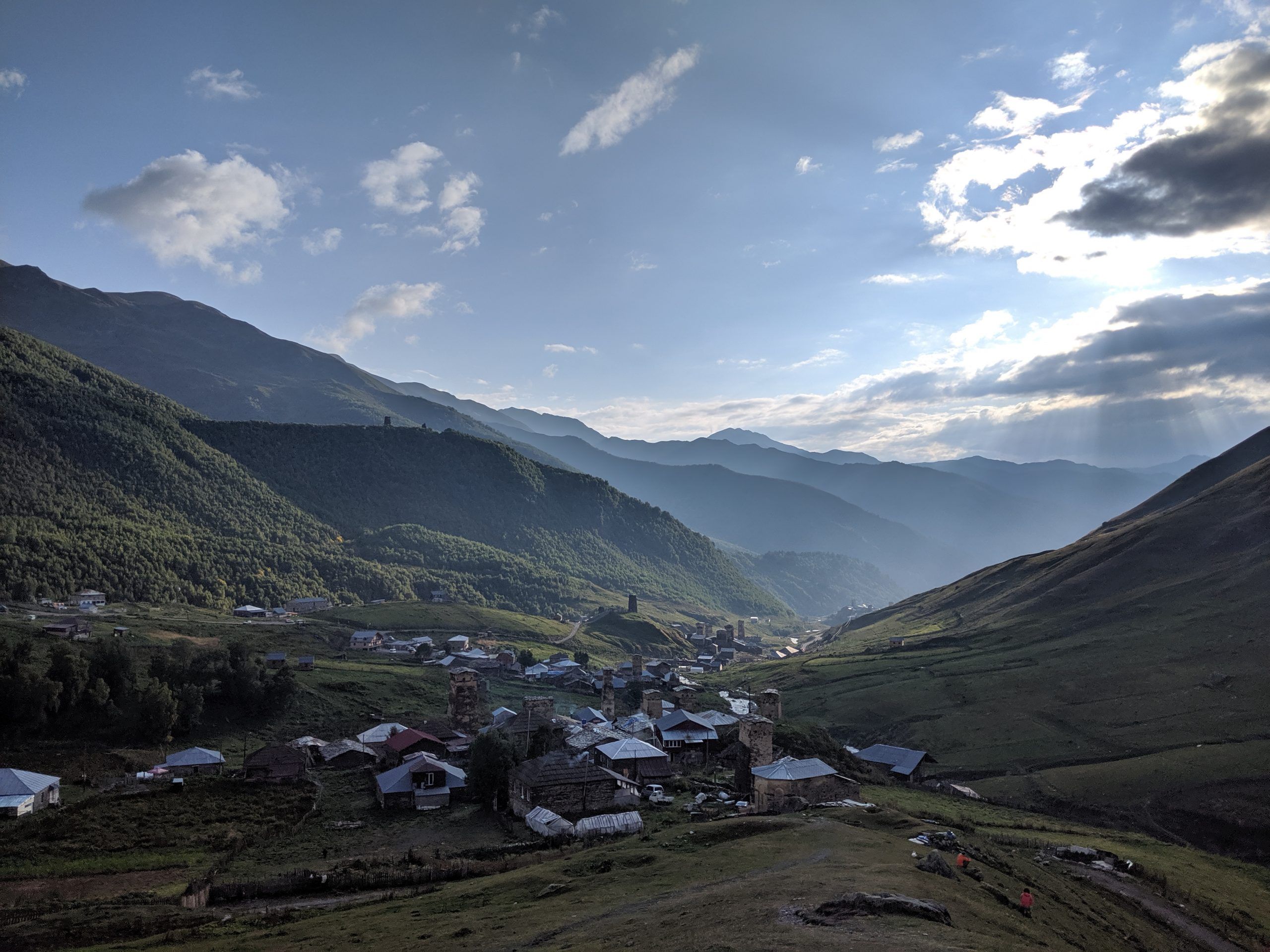 However, it deserves a post on its own and that’s what it will get.

Reply
Hiking To The Highest Continuously Inhabited Settlements In Europe « Hoteleia
January 18, 2020, 8:10 am

You can find out more about which cookies we are using on https://numi.world/privacy-policy/.